What’s On has details of Madagascar Live in Dubai at Dubai World Trade Centre from August 28 to 29. Get ticket information.

Get ready for the wildest stage show in Dubai as Madagascar Live! roars into town.

Inspired by the characters featured in DreamWorks Production’s blockbuster film, Madagascar, its live show arrives in Dubai for the first time from Friday August 28 to Saturday August 29 at Dubai World Trade Centre.

The theatrical show will be an official event of this year’s Dubai Summer Surprises (DSS), which promises to take audiences of all ages on a wild and action-packed adventure. 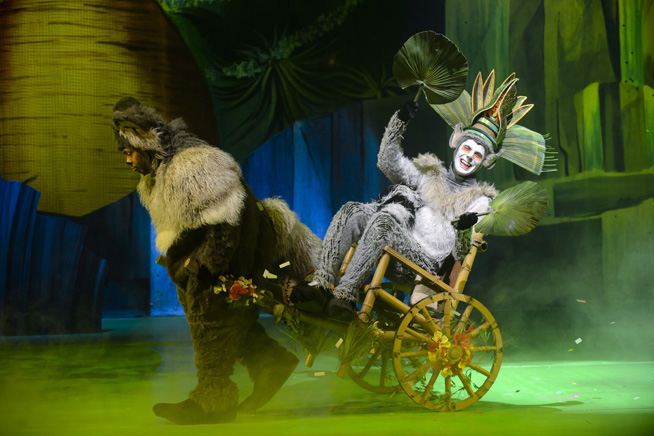 These stellar names have helped make the Madagascar movies huge box office hits. The first flick in 2005 took $180million, the second instalment Escape 2 Africa scored $193million upon its release in 2008, while the third 2012 movie, Euope’s Most Wanted, did even better with $215million.

“Madagascar is one of the biggest brands in family entertainment and Live Nation Middle East has been working for quite some months to ensure it comes to Dubai,”  said a spokesperson from organisers Live Nation. “It will certainly be one of the show highlights of the year and will be a perfect way for families to end the summer holidays.”

Culture
News
Things to do
EDITOR’S PICKS
13 Sheikh Hamdan-approved restaurants in Dubai
READ MORE
Dubai brunches temporarily banned in new preventative measures
READ MORE
12 upcoming Dubai mega-projects we can't wait for
READ MORE
16 of the best beach bars in Dubai for sundowners
READ MORE
MOST POPULAR
Breaking: Dubai extends preventative measures until mid-April 2021
Enjoy brunch, breakfast and a stay at Westin Abu Dhabi from Dhs432
Get a free gym class at this cool new Dubai gym
Pics of the week: Your best photos of the UAE
Emirates Airlines and DHA to implement digital verification of traveller medical records
YOU SHOULD CHECK OUT
Our website uses cookies and other similar technologies to improve our site and your online experience. By continuing to use our website you consent to cookies being used. Read our privacy policy here.