One of London’s most popular restaurants has announced it will soft launch in Dubai this week.

Novikov Restaurant & Bar, which had immense success in Moscow prior to the UK, is a magnet for the great and good of the celebrity scene.

According to official information released by the team helping bring the outlet to the Middle East, the menu ‘merges traditional Asian cuisines with modern trends’, including signature dishes such as the Novikov Peking Duck, King Crab Leg Wasabi Gratin and Toro Tartare with Caviar.

‘With the opening of Novikov Restaurant & Bar Dubai, we will be unveiling a spectacular new concept of dining in the UAE that offers all the hallmarks of the brand – an exciting menu, personable service, variety of dining experiences, contemporary design – hand in hand with a sought after location and a multitude of authentic touches designed to enhance an extravagant guest experience.’ 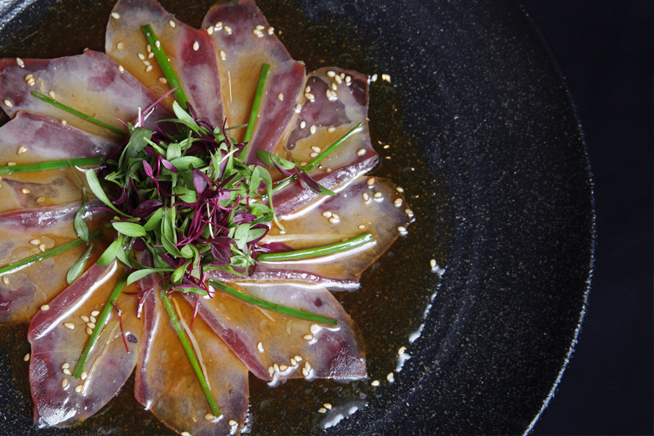 WHAT ELSE IS NEW…

Marina Social
Jason Atherton returns to Dubai with his new restaurant in the InterContinental Hotel in the marina on September 4. The Brit was last in town in 2003 in charge of Verre, which later became Table 9. He once worked with Ferran Adria at the famed El Buli restaurant in Spain. “I loved living here, but things have moved on very dramatically since then,” says Jason on his first stint in Dubai. “Dubai Marina was a desert. These days it’s much more like London where the city has different, self-sufficient communities that have everything you need.”

Bread Street Kitchen
Let’s address the old cliche about Gordon Ramsay right now: he’s not at all scary and is actually a big softie – just don’t spill anything on the tablecloth at one of his restaurants. The acclaimed chef is bringing his informal European concept, Bread Street Kitchen, from London to Atlantis this autumn. Ramsay was last in Dubai in 2001 with Verre at Hilton Dubai Creek, which stayed open for ten years. More details here.

Pots, Pans and Boards
The gastronomic British invasion continues with confirmation of another superstar chef set to open a restaurant in Dubai. The man himself, Tom Aikens, the youngest chef in Britain to have been awarded a second Michelin star recently retweeted confirmation that he is set to open his new restaurant, ‘Pots, Pans and Boards’ in Dubai on September 9. What’s On reported on the opening earlier in May when his social media page was flooded with renderings of a new restaurant in Dubai. Now we can confirm that Pots, Pans and Boards will be located down at The Walk at Jumeirah Beach Residences, one of Dubai’s most up and coming foodie locations.

Best of
Eat & Drink
News
Restaurants
EDITOR’S PICKS
Here's the full list of UAE public holidays in 2023
READ MORE
23 incredible things to look forward to in the UAE in 2023
READ MORE
Hidden gems: 10 UAE desert pop-ups to discover this winter
READ MORE
Where to travel in 2023: 10 new flight routes from the UAE
READ MORE
MOST POPULAR
Popular outdoor market Etisalat MOTB extended until January 31
When is the next public holiday in the UAE?
W Abu Dhabi will host a second edition of its sustainable Looped In menu
The UAE law changes on marriage, divorce and child custody to know about from February 1
5 fabulous new Dubai hotels to check-in to
YOU SHOULD CHECK OUT
Our website uses cookies and other similar technologies to improve our site and your online experience. By continuing to use our website you consent to cookies being used. Read our privacy policy here.