Move over Gotham – Cirkopolis is the newest story about a dark and dreary city that gets an injection of circus-like fun. The latest production from the Quebec-based contemporary circus troupe Cirque Éloize, the dance and theatre show will feature 12 jugglers, contortionists and aerial artists who rebel against the monotony of factory life. Co-directed by Dave St-Pierre and Jeannot Painchaud, the act has already toured both Europe and America.

Set in the fictional factory town of Cirkopolis, the show blends the worlds of circus, dance and theatre to present a unique twist on rebellion in a setting where anonymity and monotony reigns supreme. 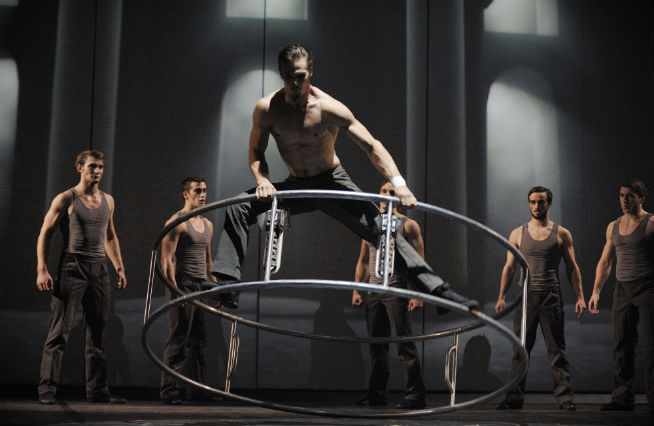 Twelve acrobats and multidisciplinary artists are set to perform accompanied by an original musical score and video projections – using fantasy, music and humour to overcome the encircling gloom of the city of Cirkopolis.

Critics have been raving about Cirkopolis, with the New York Post calling the show “extraordinary”, and celebrity gossip columnist Perez Hilton describing the show as “if Christopher Nolan directed the circus.” 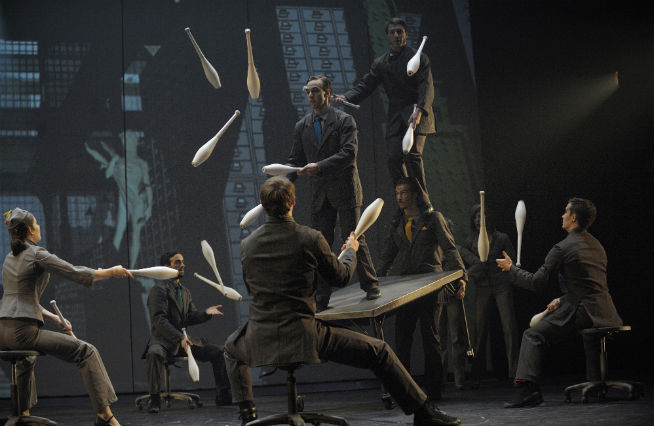 Cirque Eloize have been performing since 1993; with ten original productions to their name, the company has given close to 4,000 performances in over 440 cities in 40 countries.

“The show is driven by the poetic impulse of life, the physical prowess of the circus and the humour, at once serious and light-hearted. Entering Cirkopolis is all about letting go and allowing yourself to be borne aloft by hope,” he added.

According to fans who’ve already seen it, the only thing that breaks up the acts are the audible gasps from the audience. So for a literally breathtaking performance, grab your tickets while you still can.

Culture
News
Theatre
EDITOR’S PICKS
13 Sheikh Hamdan-approved restaurants in Dubai
READ MORE
Dubai brunches temporarily banned in new preventative measures
READ MORE
12 upcoming Dubai mega-projects we can't wait for
READ MORE
16 of the best beach bars in Dubai for sundowners
READ MORE
MOST POPULAR
Abu Dhabi restaurants where you can celebrate your love of Spritz
6 great beachside breakfast spots to try in Dubai this weekend
7 great deals to check out in Original Wings & Rings in March
Throwback: Check out these photos of the UAE's first hotel
5 empowering ways to celebrate International Women's Day in Dubai
YOU SHOULD CHECK OUT
Our website uses cookies and other similar technologies to improve our site and your online experience. By continuing to use our website you consent to cookies being used. Read our privacy policy here.