Fuel prices to drop in September

It’s just been announced that fuel prices in the UAE are going to drop in September. Happy Thursday!

More…
– Petrol price up in August

Good news, fuel prices are going to go down in September across all petrol stations in the UAE.

In August, prices rose by a hefty 23 per cent, but in line with the declining global price of oil, the Fuel Price Committee has lowered the price of 95 Octane by 8.4 per cent for September (it’s now Dhs1.96 a litre), the price of 98 Octane (aka, super) will drop by 8 per cent to Dhs2.07 a litre.

The new prices will come into effect at midnight on Tuesday September 1 (so expect some queues at gas stations if you try to fill up around then).

The committee will meet on September 28 to agree on the prices for the month of October – we’ll keep you updated then. 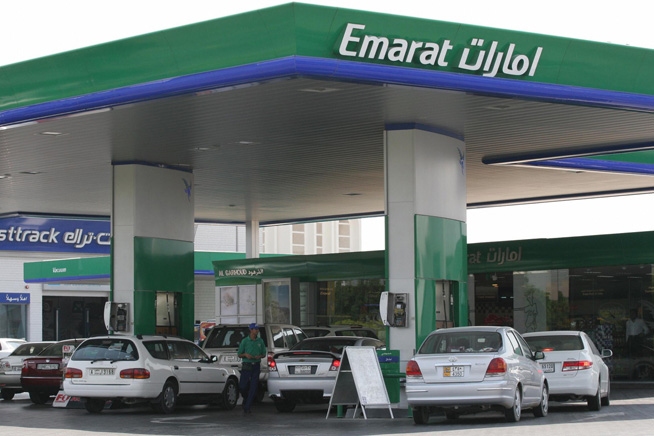 While the prices we pay will now be directly connected to the global index, Morgan Stanley recently forecast that the global oil price will remain relatively low until at least 2017.

What does that mean for us? Well that we’re likely to see fluctuations, but no major spikes in petrol costs.

News
EDITOR’S PICKS
UAE holiday dates announced for National Day
READ MORE
Emirates Dubai 7s is back: Here's why we're excited...
READ MORE
Tennis ace Andy Murray to play at Mubadala World Tennis Championship
READ MORE
UAE 50: Where to watch National Day fireworks in Dubai
READ MORE
MOST POPULAR
20 of the best things to do in Abu Dhabi this long weekend: Part 2
First look: London-loved restaurant The Cinnamon Club opens in Dubai
Check out this amazing display at the world's highest outdoor infinity pool
The coolest Dubai beach clubs to book a spot at this weekend
7 festive reasons to head to Fairmont The Palm this December
YOU SHOULD CHECK OUT
Our website uses cookies and other similar technologies to improve our site and your online experience. By continuing to use our website you consent to cookies being used. Read our privacy policy here.