What’s On has full details on the new gaming festival, IGN Convention Abu Dhabi, that will be hosted on October 16 and 17 in Yas Island.

Fan boys and girls can live out their gaming dreams at Abu Dhabi’s newest pop culture festival. The IGN Convention Abu Dhabi is a two-day video game festival that will be hosted on October 16 and 17 at the du Forum on Yas Island.

Aimed at gamers, cosplayers, movie buffs and fans of pop culture, the inaugural event will feature gaming workshops, discussion panels, celebrity meet-and-greets and a cosplay tournament. Cosplayers from around the region can take part in the competition, which features both solo and group categories, and will see prizes worth $10,000 given away to the winners. 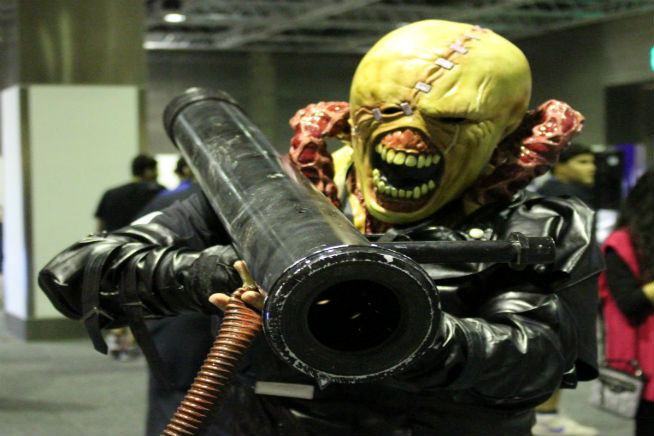 “The idea is to create an enthralling world for followers of video games, films and pop culture,” says Abbas Jaffar Ali, Director, IGN Middle East. “Fans will get a chance to meet their favourite celebrities in a fun and entertaining atmosphere. Cosplay enthusiasts will mingle with geeks discussing movies while gamers exercise their thumbs and reflexes.”

Past conventions have been hosted in Dubai, Doha and Bahrain.

Tickets are on sale now for the IGN Convention, with prices starting from Dhs100. You can purchase your tickets from ticketmaster.ae or by visiting a Virgin Megastore.

Indoor
News
Sport & Fitness
Things to do
EDITOR’S PICKS
Ramadan in Dubai: 40 iftars to try
READ MORE
Where can Dubai residents travel? Check out these 14 destinations
READ MORE
Rumours, facts and reveals: New Abu Dhabi bars and restaurants
READ MORE
UAE announces reduced working hours for Ramadan 2021
READ MORE
MOST POPULAR
Sheraton Mall of the Emirates has a lot to offer this Ramadan
Looking for a cosy long stay residence in Dubai? Check this out...
Have you spotted the new Talabat Patrol team on Abu Dhabi roads?
Iftar home delivery for one? Here are some options...
Stunning Australian restaurant Hunter & Barrel is now open
YOU SHOULD CHECK OUT
Our website uses cookies and other similar technologies to improve our site and your online experience. By continuing to use our website you consent to cookies being used. Read our privacy policy here.