What’s On interviews rapper OT Genasis ahead of his Dubai gig at Movida on August 21.

Rapper OT Genasis returns to Dubai to perform at Movida on August 21. Probably best known for his hit song Coco, he’s collaborated with some of the best in his field, including 50 Cent and Busta Rhymes.

What’s On chats to the hip hop star ahead of his appearance to discuss Dubai, his music, and what life would be like without the Coco.

For people in Dubai who’ve never seen you perform before, how would you describe your music? That’s a tough one. I think you just need to experience it. It’s just unique. Come to Movida and check it out.

What was it like when CoCo blew up? Were you prepared for it? I knew that it would have a big impact, but I didn’t expect it to be that big! I mean my music was on Heavy Rotation worldwide. And I mean really worldwide! I never imagined me performing in Asia for example. But I did it!

If you weren’t doing music what do you think you would you be doing? Well I was never the ‘9 to 5 guy’ so I think I would be doing what I love most besides music, which is football. I would probably be in the NFL…

How does the future look for OT Genasis? The future looks brighter than ever. I had three world tours and I am about to drop a new mixtape. What else can I say? 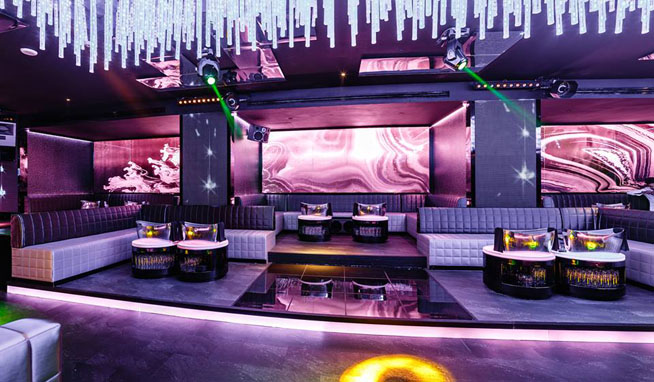 So you’ve been to Dubai a couple of times now, what is it about the city that appeals to you? I like the lifestyle and living life in the fast lane. Dubai definitely knows how to party!

When you’re not working, how does OT Genasis spend his spare time/days off? I spend a lot of time with my family – especially with my little boy. I want to give him the life that I never had.

Last weekend on earth. What city are you performing in? I would probably not be performing and choose to spend the day with my family. But if I had to choose, it would definitely be Atlanta. That’s the place where it all began.

Clubs
Nightlife
EDITOR’S PICKS
Here's the full list of UAE public holidays in 2023
READ MORE
23 incredible things to look forward to in the UAE in 2023
READ MORE
Hidden gems: 10 UAE desert pop-ups to discover this winter
READ MORE
Where to travel in 2023: 10 new flight routes from the UAE
READ MORE
MOST POPULAR
The UAE law changes on marriage, divorce and child custody to know about from February 1
5 fabulous new Dubai hotels to check-in to
Pics of the week: Your best photos of the UAE
Dhow & Anchor has got you covered every day of the week
RTA: All the road closures you need to be aware about
YOU SHOULD CHECK OUT
Our website uses cookies and other similar technologies to improve our site and your online experience. By continuing to use our website you consent to cookies being used. Read our privacy policy here.