What’s On has details of the new Dubai marina restaurant from top chef Darren Velvick –  The Croft.

That’s why top British chef Darren Velvick said goodbye to the award-winning Table 9 in the Creek in June, and is now in charge of a rustic new restaurant The Croft, which opens today in Dubai Marina.

“For a chef of my calibre, Table 9 was too quiet,” Darren told What’s On of the restaurant at Hilton Dubai Creek that has three black hats in The Black Hat Guide. “We were busy at the weekends but not during the week. People loved the food but the location was difficult. People always used to say to me, ‘We wish you had a restaurant down the other end of town’.” Well, now he has.

The Croft has opened at the Dubai Marriott Harbour Hotel & Suites and is serving an international menu with leanings towards Britain. What’s On met with Darren to have a sneak preview of his menu and hear about his ambitions for the restaurant. 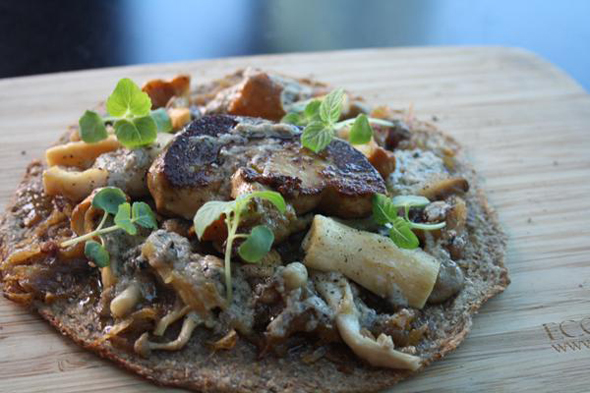 “I want The Croft to feel organic, rustic, and natural,” he told us. Previously Az.Ur, the restaurant has had a complete revamp. “We’ve roughed it up a bit and removed anything that was shiny and replaced it with wood. We’ll have chalkboards on the walls telling diners about our produce, which will be organic and locally-sourced wherever possible. We’re getting a chalk artist to do some funky sketches on the pillars too.”

The only feature that remains from Az.Ur is a long marble counter running through the middle of the restaurant that’s been topped with beautiful patterned tiles. “I want to have a bit of interaction here,” explains Darren. “Hopefully we’ll have a live dessert station on the counter so people can meet the chefs and have a chat.”

Darren will smoke cheese and chicken on the premises using oak chips, again a nod to the rustic ethos of the restaurant. Plates will be mix and match – one in particular we saw carried a lovely old fashioned blue floral design that will be familiar to Brits. The name was inspired by the street on which Darren grew up in rural Berkshire in England.

As for the menu, a crispy coated boiled egg on posh baked beans was a standout starter, as was a light salad of mackerel, apple and crème fraiche. A blob of chicken liver pate was rich and gamey and came with two delicate home baked scones. Darren has been searching for the right potatoes to make chips and the ones that came with the battered piece of cod suggested he’s nailed the right variety.  On the side came mushy peas and Darren’s take on mayonnaise that had blended with vinegar, which had been cooked down to make a caramel. 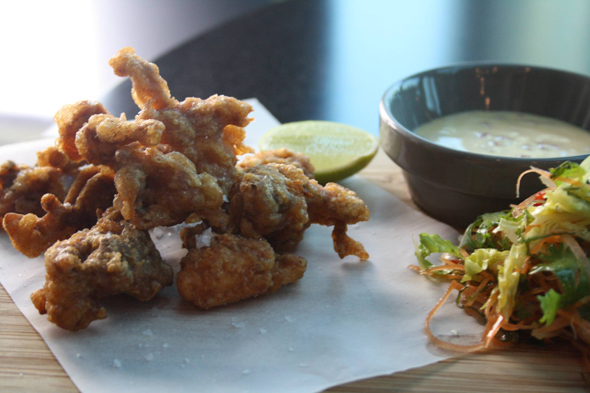 Darren, who worked with Gordon Ramsay, admits launching The Croft has challenged him as a chef. “After years of working with Gordon and then at Table 9 I had become quite OCD about presentation – everything had to be perfect. But here things are a bit more casual so it’s been hard for me to adjust,” he smiles.

However, one dessert on the menu reveals that Darren hasn’t kicked his old habits completely. “We’re serving an Eton Mess, but I’ve called it Neat And Tidy,” Darren laughs.

Eat & Drink
News
Restaurants
Things to do
EDITOR’S PICKS
So, when is the next UAE public holiday in 2021?
READ MORE
All of the lavish new hotels set to open in Dubai in 2021
READ MORE
16 of the best pool passes in Dubai that are fully redeemable
READ MORE
All of the restaurants at West Beach, Palm Jumeirah
READ MORE
MOST POPULAR
This new salon package includes lunch, manicure and blow dry for Dhs150
Glastonbury comes to Dubai with Reform's one-off brunch
Folly launches five-week masterclass programme for aspiring chefs
World-famous attraction Madame Tussauds to open in Dubai this year
Emirates announce discounted fares to quarantine-free destinations
YOU SHOULD CHECK OUT
Our website uses cookies and other similar technologies to improve our site and your online experience. By continuing to use our website you consent to cookies being used. Read our privacy policy here.