Stunning pictures of Dubai at night from Dubai360.com

What’s On has the best pictures of Dubai from Dubai360.com, a Sheikh Hamdan bin Mohammed, Crown Prince of Dubai, project.

Get ready to explore Dubai at night… and from the comfort of your own home.

Dubai 360 – a project launched by Sheikh Hamdan back in August 2014 – is one of the world’s leading immersive virtual city tours enabling users from around the world to explore Dubai anytime and anywhere, and today it announced its latest feature which allows users to experience Dubai at night.

Integrating the latest technologies, the website will offer fully interactive 360 degree panoramic time-lapse videos of Dubai’s cultural and modern attractions. Debuting on the website was a 12-minute long video featuring runway activities at Dubai International Airport – one of the world’s busiest international airports.

Now, Dubai 360 is letting you explore the city by night from the comfort of your own home as it announces a major new update to Dubai360.com. The new upgrade features a number of city landmarks with clickable hotspots, giving visitors a chance to experience destinations across Dubai.

Shot over the course of 30 nights, the newly released content showcases striking panoramas of the city and it’s skyline as it comes to life at night. Commenting on the update, Ismaeil Al Hashmi, Project Director for Dubai 360 said: “Dubai truly comes alive at night with a stunning skyline that renders a completely different appeal once the sun goes down.” 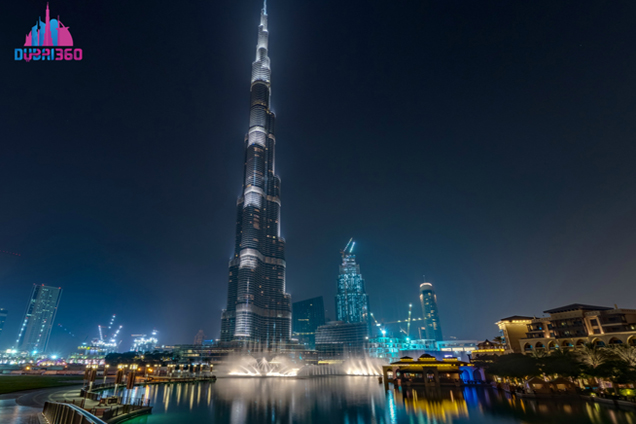 The Dubai 360 team have worked tirelessly to capture these gems of panoramas which we hope will showcase Dubai with its ambitious skyscrapers lighting up the skyline. This update features over 140 panoramas taking the total number of images on Dubai 360 to over 2,200”, he added.

Culture
News
Salaam!
EDITOR’S PICKS
Here's the full list of UAE public holidays in 2023
READ MORE
23 incredible things to look forward to in the UAE in 2023
READ MORE
Hidden gems: 10 UAE desert pop-ups to discover this winter
READ MORE
Where to travel in 2023: 10 new flight routes from the UAE
READ MORE
MOST POPULAR
Cult Expo bakery, Bread Ahead to open in Mall of The Emirates
First look: Milos by Costas Spiliadis opens in Atlantis the Royal
Upcoming performances, international artists and more in Dubai
16 upcoming shows, sports events, concerts and festivals in Abu Dhabi
Win a holiday around the world with Dubai Creek Resort
YOU SHOULD CHECK OUT
Our website uses cookies and other similar technologies to improve our site and your online experience. By continuing to use our website you consent to cookies being used. Read our privacy policy here.