This Saturday afternoon the RTA is holding a ‘distinctive number plates’ auction at the Intercontinental Dubai Festival City (the 88th auction of its kind).

Those keen to get their hands on a fancy plate need to register first on the RTA website, and then between 2pm-4pm they’ll get to bid on their favourite digits.

So just how much does a distinctive plate go for these days?

Well, interestingly, the RTA has released valuations for the plates going up for auction this weekend – and the two most expensive plates ‘Q 29’ and ‘P 34’ are considered to be worth an impressive Dhs500,000.

THE VALUATIONS PART ONE: 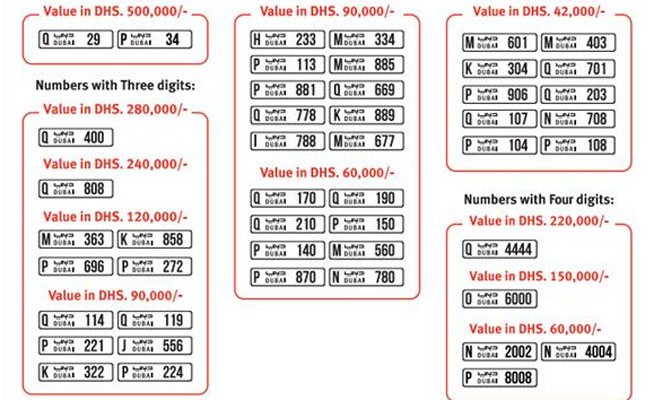 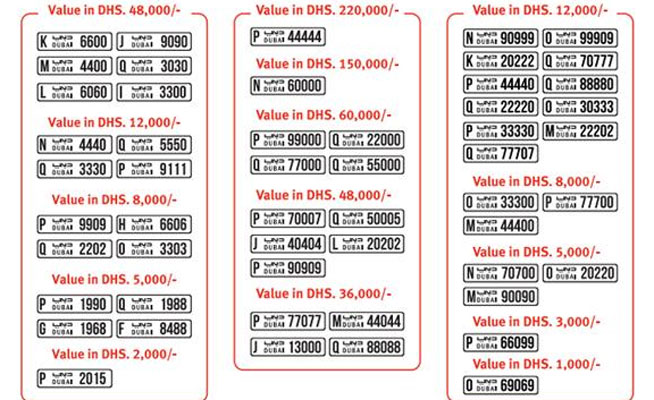 News
EDITOR’S PICKS
Read these new rules for using Dubai Metro, taxis, trams and buses
READ MORE
These fine-dining Dubai restaurants will deliver to your door
READ MORE
Coronavirus: What you need to know about the UAE's new fines
READ MORE
24 awesome delivery deals from Dubai restaurants
READ MORE
MOST POPULAR
The best apps for online grocery shopping in the UAE
Watch: The UAE reports significant improvement in air quality
Ride some of the UAE's best rollercoasters from your sofa
The Entertainer launches delivery discounts for non-members
Dubai Economy reveals how much you should be paying for groceries
YOU SHOULD CHECK OUT
Our website uses cookies and other similar technologies to improve our site and your online experience. By continuing to use our website you consent to cookies being used. Read our privacy policy here.