Fan of meat served between bread? Also a fan of Marky-Mark? And the Wahlberg brothers’ brand of Irish-American charm in general?

Well, we have good news for you then – the Wahlberg brothers’ burger chain is coming to Dubai.

When he’s not being a Hollywood A-lister, Mark Wahlberg is busy helping his brothers Donnie (from Blue Bloods) and Paul (the chef) with their new burger chain Wahlburgers. 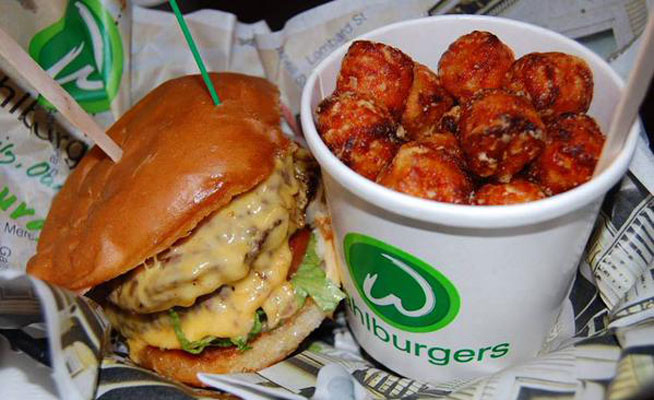 A glimpse of what the burgers look like. How good do those sweet potato tots look? We’re actually salivating.

Rick Vanzura, CEO of Wahlburgers told PR Newswire, ‘We are thrilled to continue our growth with outstanding franchise partners. The reality of bringing Wahlburgers to our friends in the Middle East is extremely exciting”.

We’ve all heard the tales of the plethora of celebrity restaurants to be opened in Dubai, including Gordon Ramsey’s Bread Street Kitchen, and Tom Aiken’s Pots, Pans & Boards – but we weren’t expecting Marky Mark.

The deal that’s been signed will see 20 new Wahlberg establishments in the Middle East. Worldwide the brothers have 66 locations under development that will open in the next several years.

Here are some videos of the family trying to figure out the Wahlburgers jingle:

Best of
Eat & Drink
News
Restaurants
EDITOR’S PICKS
13 Sheikh Hamdan-approved restaurants in Dubai
READ MORE
Dubai brunches temporarily banned in new preventative measures
READ MORE
12 upcoming Dubai mega-projects we can't wait for
READ MORE
17 of the best beach bars in Dubai for sundowners
READ MORE
MOST POPULAR
President Sheikh Khalifa releases 439 prisoners ahead of Ramadan
100 million meals: Sheikh Mohammed launches the largest campaign of its kind
Social by Heinz Beck transforms from fine dining to fun dining
Where can Dubai residents travel? Check out these 14 destinations
Etihad to give away 50,000 prizes as part of UAE jubilee year celebrations
YOU SHOULD CHECK OUT
Our website uses cookies and other similar technologies to improve our site and your online experience. By continuing to use our website you consent to cookies being used. Read our privacy policy here.