Chef Tom Aikens makes his Dubai debut with Pots, Pans & Boards: here’s what we thought of it.

Bring two things when visiting this new JBR spot: friends so you can sample as many of the sharing plates as possible, and trousers with a forgiving waistband.

Pots, Pans & Boards is the first Dubai venture by Tom Aikens, who was only 26 – the youngest chef in the UK – when his restaurant received two Michelin stars. The unlicensed spot is all large communal tables, quirky décor and hearty food. The dishes are basically pub grub meets fancy French restaurant with a dash of Middle Eastern flair. 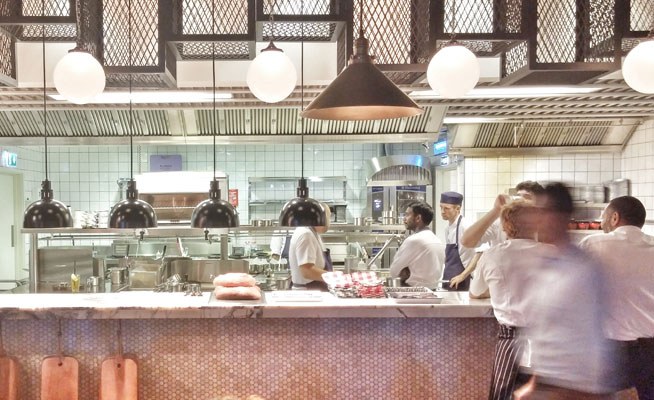 The kitchen is sleek and open so you can watch the chefs putting on a show, while the dining room looks like a rustic farm kitchen: the shelves heave with antique pans, jars and scales that Aikens himself collected at markets in France and the UK. 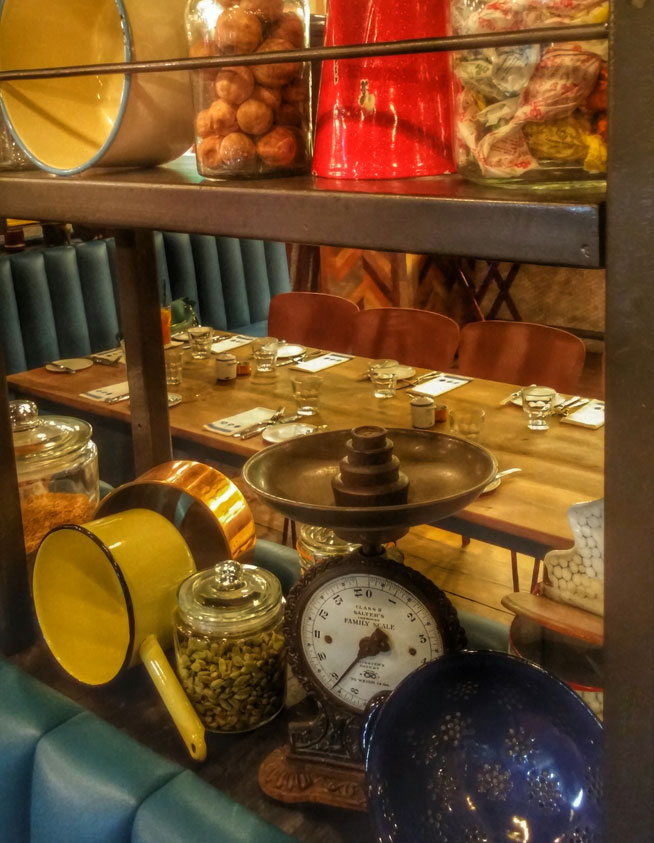 Now for the food: the lad running the show is chef Ibraheem Musleh, who worked at The Ivy in London, and it shows. The menu runs the gamut from lamb chops with labneh to lobster burgers and homemade chelsea buns. We went with a big group and sampled a dozen dishes. Not a single one was a disappointment. 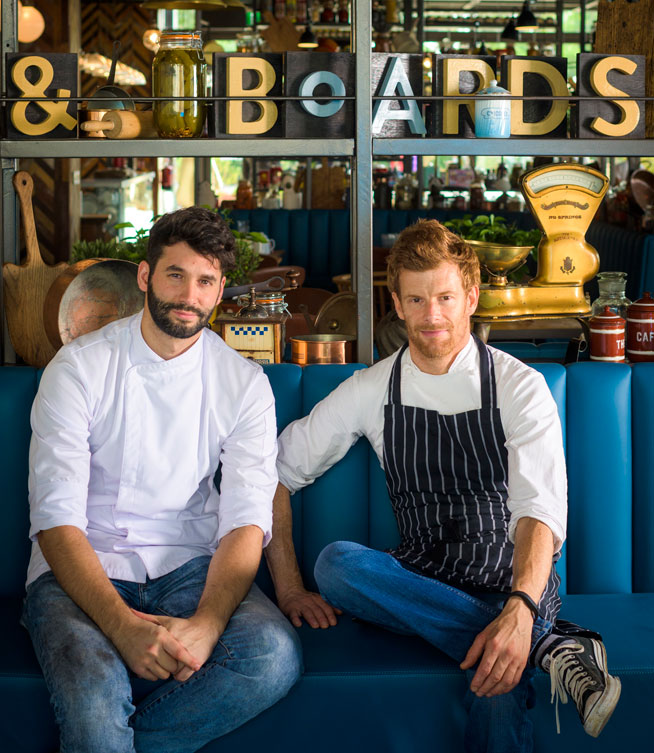 The starter champion was the ratatouille with strained yoghurt and herbs de Provence (Dhs40) – unlike sloppier, more mundane takes on this dish, the vegetables still had bite and flavour. Also on the order-again list was the white bean and black garlic hummus (Dhs30) – a rich and tangy dish with just a hint of Mexican flavour – along with the smoked cod with orange and black olive (Dhs50) – the fish was fresh and plump and the citrus just tangy enough.

The winning main dish was the malt-glazed short rib with crisp onions and celeriac truffle (Dhs110). The giant bone of meat arrived with a perfectly reduced gravy that was the colour of oil. We spotted Aikens himself on the night and asked him what his favourite dish on the menu was: this was it. Smart man. 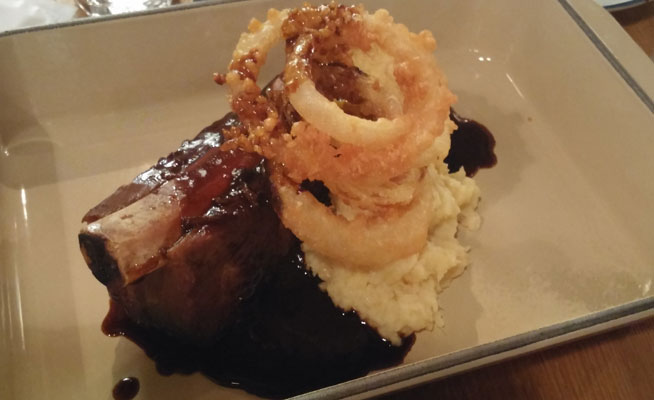 Almost super-humanly, we managed to squeeze in dessert too. We’re glad we did – the milk chocolate and caramel tart with praline ice cream (Dhs45, pictured above) was a study in how to do sweet. There was just enough caramel, which had an interesting, not-solely-saccharine flavour, and the biscuit base was delightfully chewy.

The milk choc and caramel tart is the Ryan Gosling of desserts: unquestionably dreamy

The verdict? We’ll be back. This is a lovely new option along JBR – it feels fancy and fun, but is casual enough that you can take the whole family along. Just remember to wear trousers with give.

Unit 5101, The Beach, JBR, on the waterfront opposite the Amwaj Rotana, Sat to Wed 8am to midnight, Thur and Fri 8am to 1am. Metro: JLT. More on Facebook.

Atmosphere: Cluttered and cosy yet still quite chic

Best of
Eat & Drink
News
Restaurants
EDITOR’S PICKS
9 royal-approved Dubai restaurants
READ MORE
12 incredible rooftop pools in Dubai to check out
READ MORE
16 of the best beach bars in Dubai for sundowners
READ MORE
Covid-19 rules in Dubai: all the updates you need to be aware of
READ MORE
MOST POPULAR
Join us for a preview of Fairmont Bab Al Bahr's Valentine's dine around
A new Amapiano brunch is coming to Annex at The Abu Dhabi Edition
Pay off your traffic fines in installments without interest
This stunning new gastropub is officially open at Soho Garden
Review: DIFC's new rooftop Japanese restaurant, Clap
40 places to celebrate Valentine's Day in Dubai
YOU SHOULD CHECK OUT
Our website uses cookies and other similar technologies to improve our site and your online experience. By continuing to use our website you consent to cookies being used. Read our privacy policy here.