Road closures ahead for the Abu Dhabi Tour

What’s On has details about the upcoming road closures in Liwa, the city centre and Al Ain from October 8 to 11, due to the Abu Dhabi Tour.

As the capital gets set to host the inaugural Abu Dhabi Tour, a 555km cycling competition featuring some of the world’s best cyclists this weekend, find out how the race and subsequent road closures will affect your weekend plans.

The tour takes place October 8 to 11 and is split into four sections: Stage 1 is called The Liwa Stage, and the riders will travel from Qasr Al Sarab to Madinat Zayed in the Western Region (taking in the sand dunes and resorts such as the Qasr Al Sarab Desert Resort By Anantara along the way). 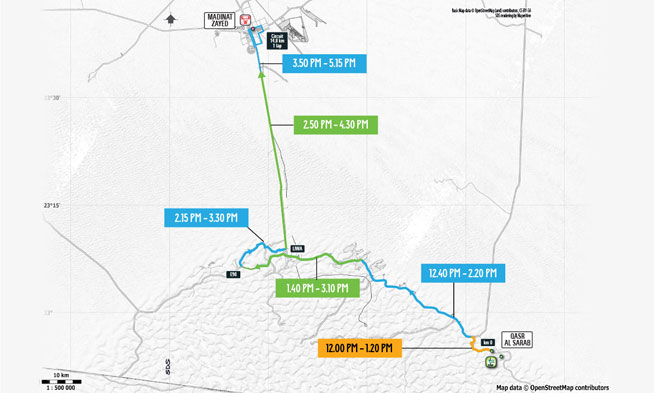 Stage 2 is known as the Capital Stage and will visit Yas Island, the Sheikh Zayed Grand Mosque, Saadiyat Island and the Corniche on Friday, October 9. Road closures will start on Yas Island from 1.20pm. The Al Maqta Bridge and surrounding area will be affected from 2pm, and you can expect lane closures along the Corniche from 3.40pm. 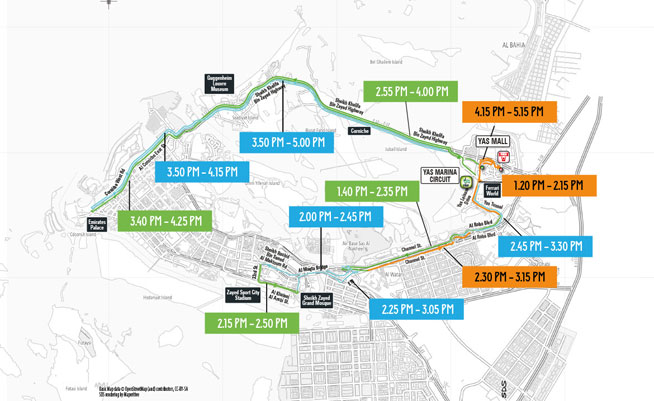 Stage 3 takes place in Al Ain and looks the most challenging, with the steep inclines of Jebel Hafeet making up part of the course. Road closures begin at 12.30pm and will see the roads surrounding landmarks such as Al Qattara Souq, Al Jahili Fort, Al Ain Oasis, and UAE University also affected. The last diversions will be along Green Mubazzarah and Jebel Hafeet from 3.50pm to 5.15pm. 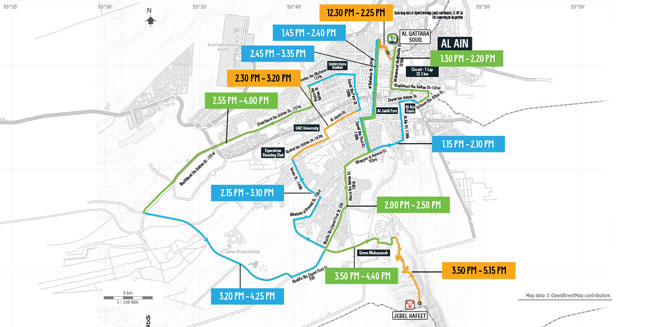 Finally, the last segment is called the Yas Stage, and includes a 20-lap sprint around the city’s Formula One track on Yas Marina Circuit, so don’t expect any traffic disruptions on Sunday October 11.

News
Sport & Fitness
EDITOR’S PICKS
Here's the full list of UAE public holidays in 2023
READ MORE
23 incredible things to look forward to in the UAE in 2023
READ MORE
Hidden gems: 10 UAE desert pop-ups to discover this winter
READ MORE
Where to travel in 2023: 10 new flight routes from the UAE
READ MORE
MOST POPULAR
Pics of the week: Your best photos of the UAE
Dhow & Anchor has got you covered every day of the week
RTA: All the road closures you need to be aware about
Review: The Nice Guy Dubai
Masha and the Bear is coming to Abu Dhabi this April
YOU SHOULD CHECK OUT
Our website uses cookies and other similar technologies to improve our site and your online experience. By continuing to use our website you consent to cookies being used. Read our privacy policy here.