Did you notice unusual road blocks and convoys along some Dubai streets last night? We noticed lane closures along Sheikh Zayed Road towards Abu Dhabi near the Crowne Plaza.

Well the road blocks might have had something to do with the fact that His Highness Sheikh Mohammed bin Rashid Al Maktoum, Vice-President and Prime Minister of the UAE and Ruler of Dubai drove Egyptian President Abdel Fattah el-Sisi around Dubai last night to show him the city and its developments.

These photos, released by Dubai Media Office, show Sheikh Mohammed behind the wheel of his iconic G-Class (number one, of course): they’re seen driving everywhere from JBR to Sheikh Zayed Road. 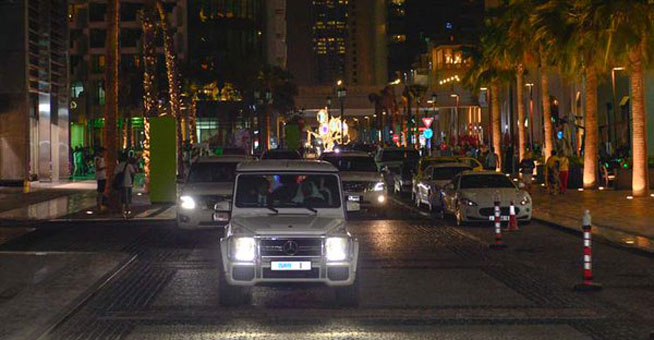 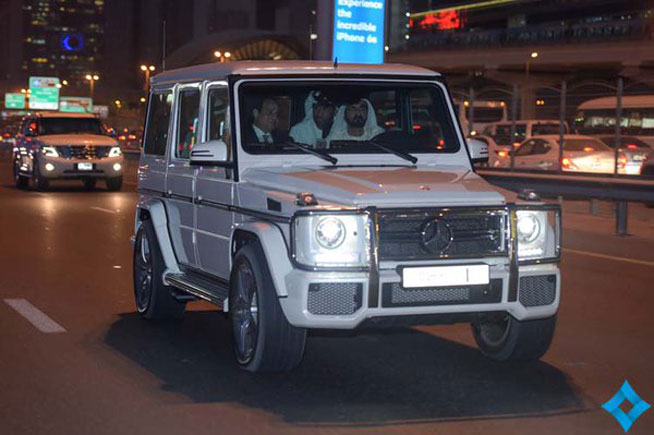 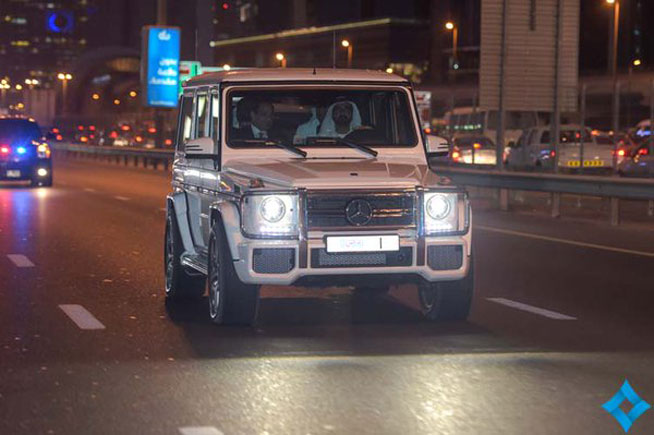 During his visit to the UAE the Egyptian President was briefed on Dubai’s development projects. Since Sisi’s reign began in 2014 (he was formerly the Commander of Egypt’s Armed Forces), the UAE has emerged as a main donor to Egypt, providing billions of dollars of aid to Cairo.