A sneak peek inside the new Dubai Apple store

Take a tour of the new Apple store, which opens in Mall of the Emirates this Thursday…

On Thursday at 4pm, the Middle East’s first official Apple store will open its doors to the public in the new Mall of the Emirates extension (expect queues).

On that same day at 7pm at Yas Mall in Abu Dhabi, the Middle East’s second store will open its doors.

The last time two stores opened in one country in one day? When stores one and two opened in McLean, Virginia, and Glendale, California in 2001.

*Watch: What’s On Periscopes from the Apple store opening*

Like all Apple stores, the Dubai and Abu Dhabi ones will offer a ‘Genius Bar’ where experts will help you with technical support and repairs, as well as free workshops that are open to the public (the UAE stores will also offer ladies’ only workshops).

Unfortunately, the brand new Apple TV, which launched today via online sales, appeared not to be there yet.

The Dubai store is restrained and striking – plenty of oak, huge slick screens with products swooping across them, looming glass doors and – the pièce de résistance – natural trees lined down the centre of the store (unfortunately, they appear not to be apple trees). 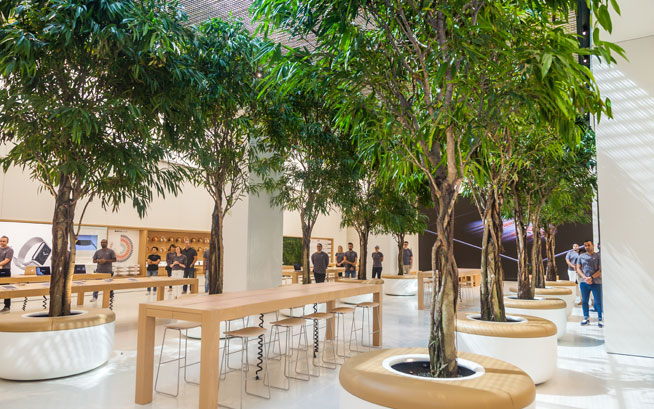 “I thought that the inclusion of a centralised Genius Bar surrounded by foliage was a nice touch, making it look less clinical than some of their other locations,” commented Mike Priest, Editor of Stuff Middle East.

The design was done in partnership with Foster + Partners, the firm behind the striking Index Tower in DIFC.

A key point of difference in this market is the staff and their level of training – the two stores boast 150 employees from 30 different countries who speak 40 different languages. As we wandered around we met someone who’d moved to Dubai after working at the Covent Garden store in London, and another who’d worked at the Apple store in Tokyo.

Similar to other Apple stores around the world, there is no specific cashier point. Instead, every employee works as a payment point, each carrying mobile credit machines to make paying quicker and easier.

Here are some more pics from inside the store… 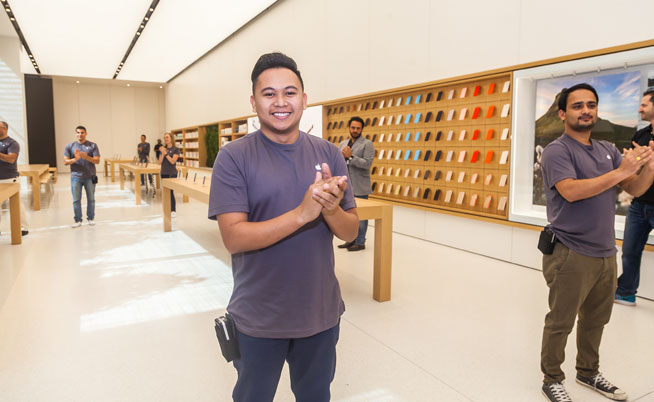 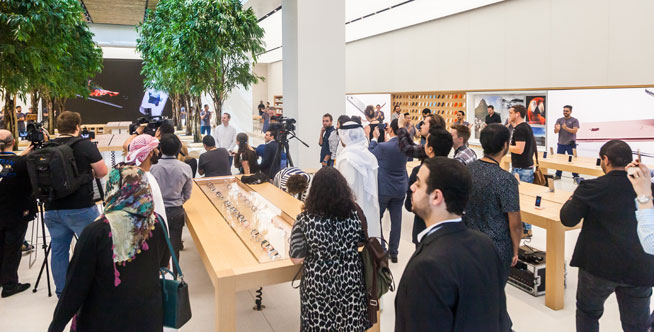 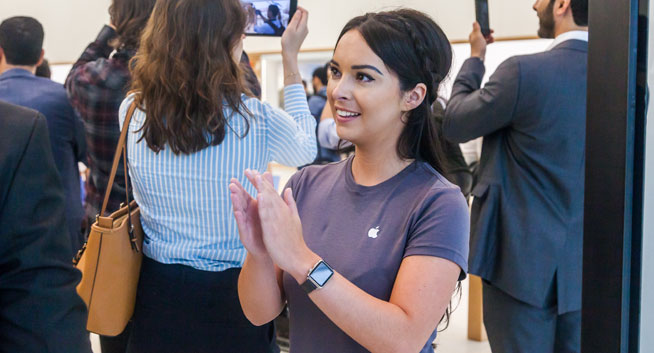 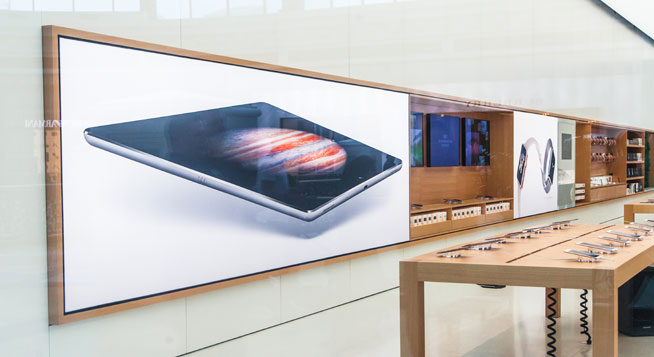 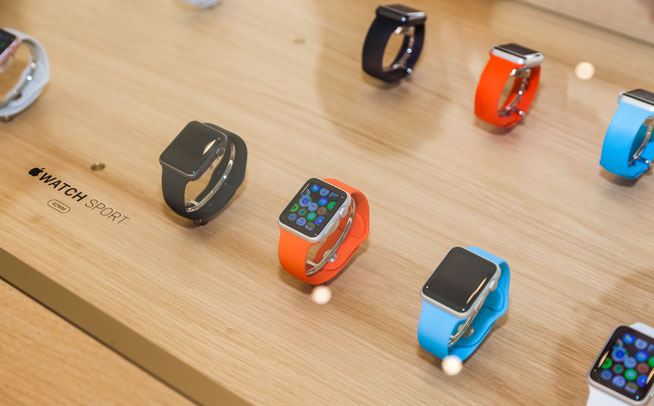 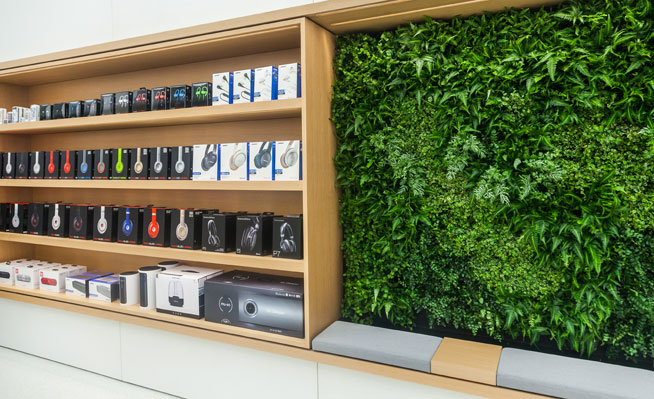 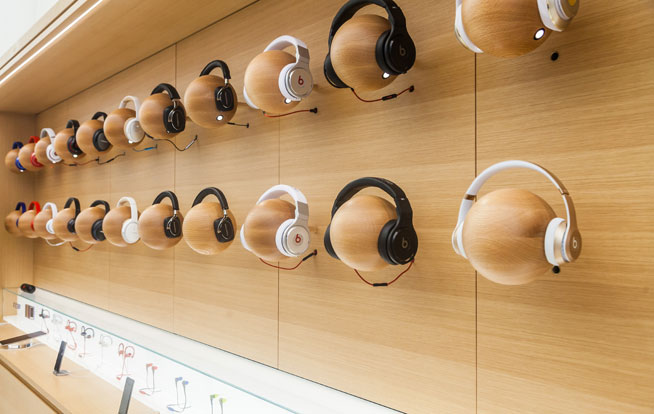 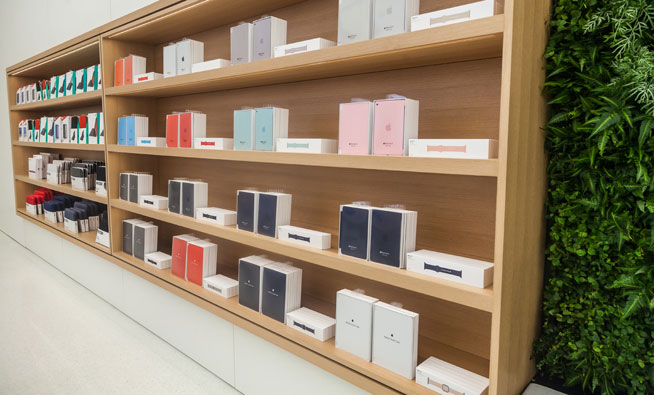 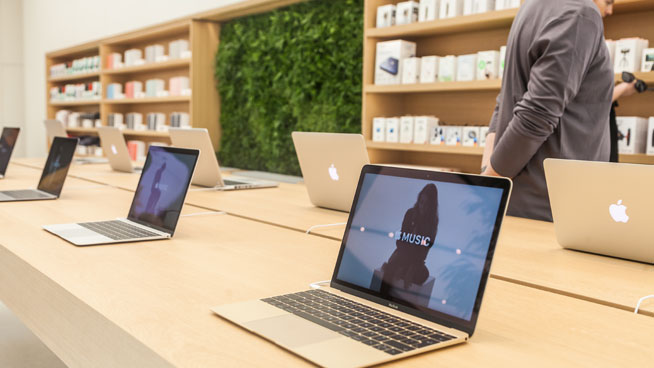 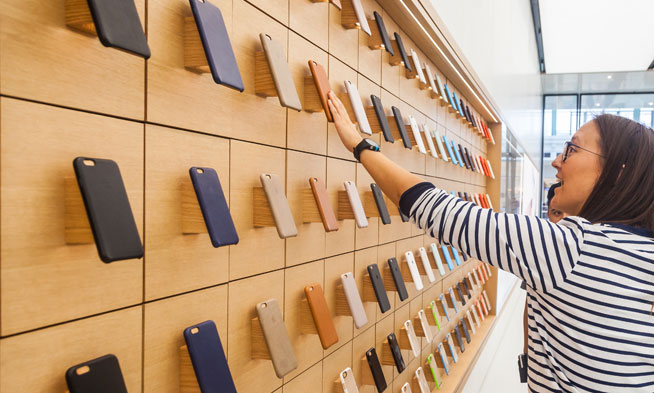 News
Things to do
EDITOR’S PICKS
UAE holiday dates announced for Eid Al Adha
READ MORE
Emirates extends suspension of flights from India to UAE again
READ MORE
Coming soon: Everything we know about Ain Dubai so far
READ MORE
Khorfakkan set to open new tourist attraction 580 metres above sea level
READ MORE
MOST POPULAR
A 50 Best Restaurants guide for the MENA region is debuting in 2022
UAE residents stranded in India, Pakistan and more allowed to return
Watch: Incredible video of Saturn captured from UAE mountain
Stay at this luxury Palm Jumeirah hotel for just Dhs299
Watch: Reem Mall and Snow Abu Dhabi close in on completion
YOU SHOULD CHECK OUT
Our website uses cookies and other similar technologies to improve our site and your online experience. By continuing to use our website you consent to cookies being used. Read our privacy policy here.