Tecom towers to have an artificial beach & rainforest

You know that empty sand lot next to the Eppco petrol station in Tecom? The one right on the metro line just down from the Internet City metro station.

More…
– The 8 coolest things we saw at Cityscape

Well that site is one day going to be home to two 47-storey towers called the Rosemont Hotel & Residences that will supposedly feature an artificial beach and a podium rainforest. That level of swanky is certainly going to up Tecom’s game. 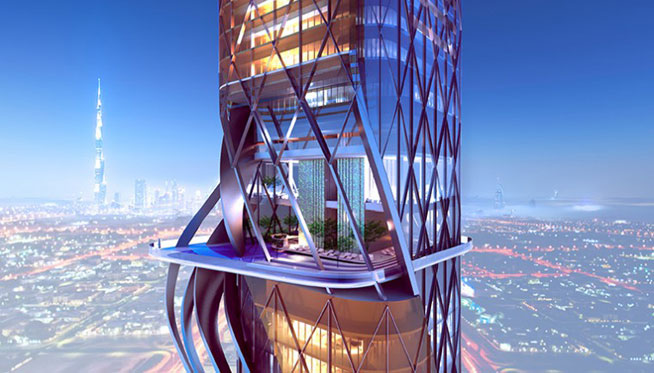 The site stretches over 13,000 square metres and will house a 450-room hotel, restaurants, a spa, a health club, meeting rooms and about 280 serviced apartments.

But yes, the most ‘only-in-Dubai’ feature is the artificial beach with “rainforest-like landscape” that will be on the top of one of the buildings’ podiums. We’re genuinely fascinated to see how they keep the sand from blowing everywhere.

“The architecture of the building will represent today, in a city where smart and chic structures have contributed greatly to the destination,” explains the company behind the project Zas. “The intention of creating an active frontage on SZR side is achieved by a common podium proportioning the towers over as a pedestal, as modernism dominates the design.” 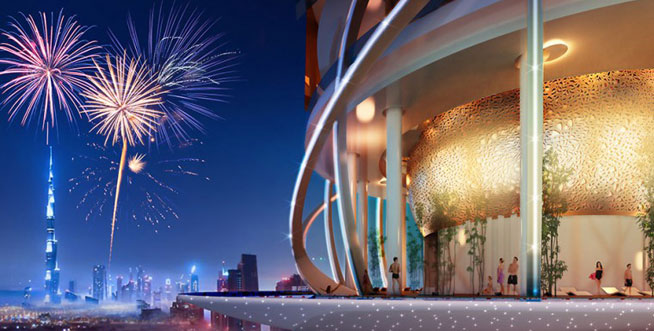 While the completion date of the project has yet to be announced, work has already started on the towers. 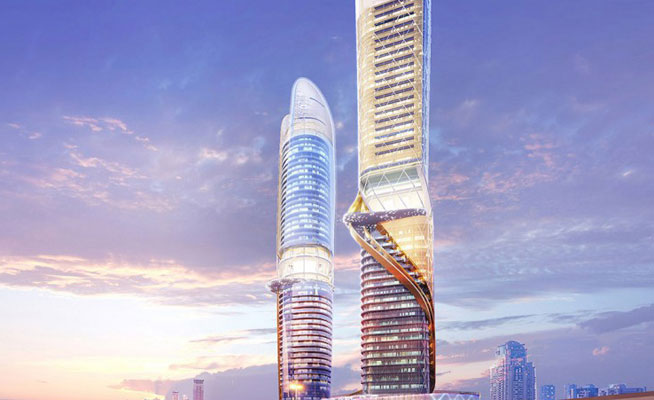 Culture
News
EDITOR’S PICKS
Exclusive Reveal: Topgolf Dubai is here and ready for action
READ MORE
65 of the best outdoor bars and terraces in Dubai
READ MORE
7 brilliant dining deals in Dubai this month
READ MORE
18 of Dubai's most Instagrammable breakfast spots
READ MORE
MOST POPULAR
The stunning Hermès Carré Club is now open in Alserkal Avenue
Pics of the week: Your best photos of the UAE
Watch: A look inside Conor McGregor's Dhs20,000 per night Dubai villa
Discover the art of yoga at Louvre Abu Dhabi
Exclusive reveal: Off the Wall is an artsy, one-of-a-kind cocktail bar in Dubai
YOU SHOULD CHECK OUT
Our website uses cookies and other similar technologies to improve our site and your online experience. By continuing to use our website you consent to cookies being used. Read our privacy policy here.