Final acts announced for Beats on the Beach

What’s On has details about the final acts performing at Beats on the Beach, including Far East Movement and Moroccan singer Saad Lamjarred.

The Far East Movement, made up of members Kev Nish, Prohgress, J-Splif and DJ Virman, is best know for their platinum single “Like a G6.” Featuring pop-rap duo The Cataracs and singer Dev, the song peaked at number one on both the Billboard Hot 100 and the iTunes chart in 2010 and also reached the top ten in Australia, the United Kingdom and Canada. The single also made history because it was the first time an Asian-American group had ever reached the top spot.

On Thursday, Arabic singer and YouTube personality Saad Lamjarred will perform. The Moroccan crooner, who has snagged a MTV Europe Music Award in 2014 for ‘Best Middle East Act,’ will be singing some of his biggest hits such as Enty Baghya Wahad. 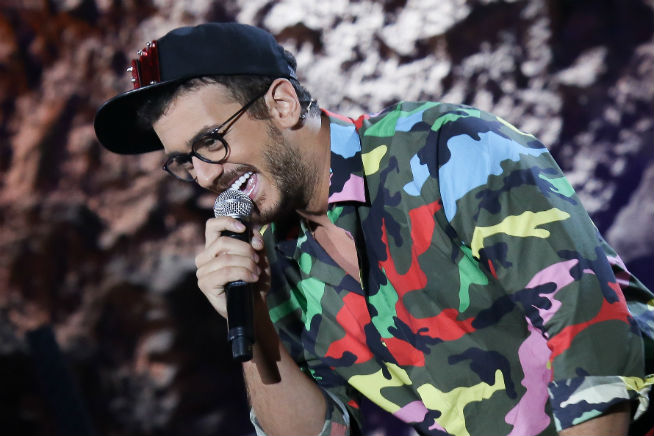 For fans wanting more, check out the Live at Yas Mall Studio, which will see both After Race performers and Beats on the Beach artists head over to Yas Mall for live acoustic sets and interviews. The sessions will be hosted throughout the weekend from November 26 to 29 from 3pm to 6pm. The line up will include After Race performers Cheb Khaled, DJ Said Mrad, Fares Karam and Aryam and Beats performers Tove Lo, Faithless, Arwa and Omar Al Marzooqi.

The music festival is a free-to-attend event held at the Corniche beach from Thursday, November 26 to Saturday, November 28. Doors open at 6.30pm.

News
EDITOR’S PICKS
What’s On Nightlife Awards 2021: Here are the winners...
READ MORE
Where to see fireworks in Dubai
READ MORE
This new ladies' night offers a free open bar every Tuesday
READ MORE
Coming soon: The hottest new bars, restaurants and beach clubs
READ MORE
MOST POPULAR
Culture guide: A classical music night, performances and more to check out from Oct 28 to 30
Exploring Abu Dhabi’s hidden worlds of Culture and Cuisine
Myrra's last Saturday Summer Brunch is a special Halloween edition
Abu Dhabi cruise hub, Marsa Mina welcomes back cruiseliners
Pics of the week: Your best photos of the UAE
YOU SHOULD CHECK OUT
Our website uses cookies and other similar technologies to improve our site and your online experience. By continuing to use our website you consent to cookies being used. Read our privacy policy here.