Get ready for an action packed National Day weekend with Masters of Dirt at the DWTC from December 2 to 4.

One of the world’s biggest and best freestyle shows in the world is crash landing into Dubai next month.

The Masters of Dirt show features the biggest international freestyle motocross riders performing some absolutely eye-popping stunts on motocross motorcycles, BMX’s, mountain bikes, quads and even snowmobiles. Here’s the low-down on the top five show-stopping stunts to whet your appetite…

1. Elevating the limit – The buggy back flip 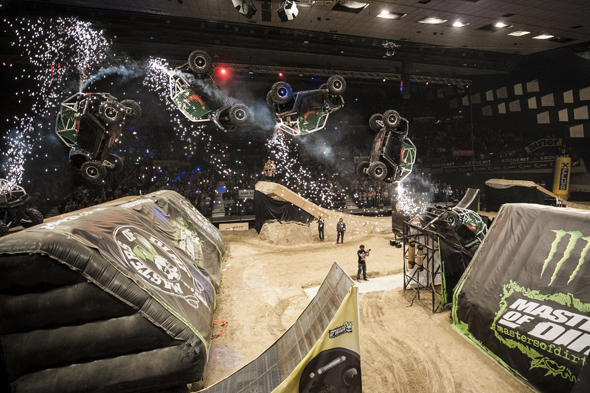 Australian freestyle rider Gerhard Mayr performs a dangerous turbo charged backflip over a specially designed ramp. The stunt has never been seen in the region before and will be performed on a monstrous customised Polaris RZR 900.

2. The Old Switcheroo – The tandem FMX ‘inside varial’ 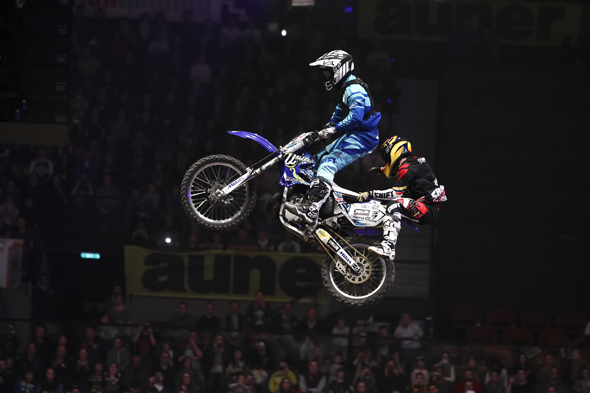 Rocky Navas and Rocky Florensa will premiere a death defying ‘inside varial’ stunt which involves switching positions midair. Hint – the rider driving the Tandem FMX will eventually end up as the passenger in the back seat once the bike lands on ground. 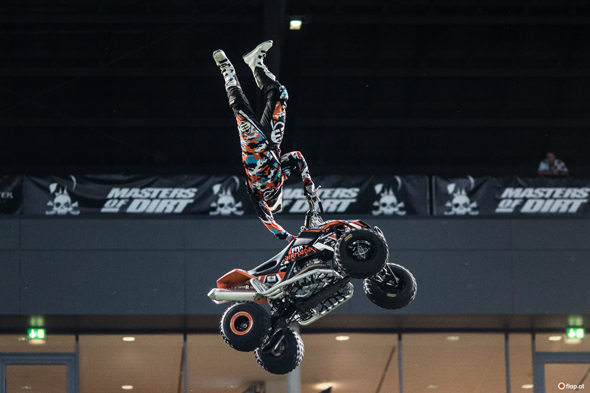 Skilled rider Ales Rozman will be performing several stunts on a 200kg quad bike over a shocking distance of 23 metres.

4. The world is spinning away – The double front flip 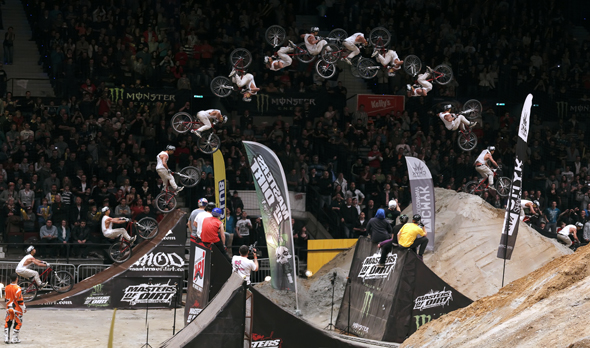 Masters of Dirt rider Bienvenido Aguado is the only rider worldwide who is able to perform this incredible double front flip. To pull this beast off, you’ll need skill, commitment and a bucket-load of courage as consequences can be deathly.

5.  Is there a blizzard?! – The snowmobile back flip 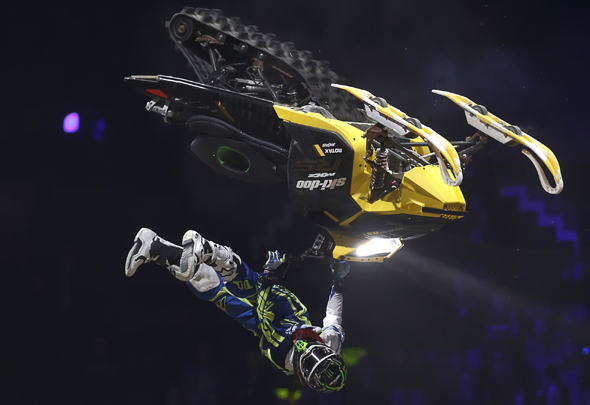 Check out this video for more incredible stunts:

December 2 to 4
Dubai World Trade Centre, Dubai, shows take place at 2.30pm and 6.30pm. Tickets cost Dhs100. Buy you tickets via Platinumlist.ae.
Sign up!
> Sign up for FREE to get exclusive updates that you are interested in

News
Sport & Fitness
Things to do
EDITOR’S PICKS
Ain Dubai will open with fireworks, live music and a drone show
READ MORE
Incredible Aura SkyPool to open in Palm Tower this November
READ MORE
Brit Grand Slam hero Emma Raducanu confirmed for Mubadala Tennis
READ MORE
What’s On Nightlife Awards 2021: Here are the nominees...
READ MORE
MOST POPULAR
Why Armani/Hashi is trending hard on the Japanese cuisine scene
Celebrate creativity at City Walk during this three-weekend event
This Heinz Beck brunch at Waldorf Astoria just got an upgrade
10 brilliant things to do in Abu Dhabi this long weekend: Oct 21 to 23
Experience Arabesque elegance at Asil's Saturday lunch
YOU SHOULD CHECK OUT
Our website uses cookies and other similar technologies to improve our site and your online experience. By continuing to use our website you consent to cookies being used. Read our privacy policy here.