Red Bull Flugtag Dubai: Everything you need to know

It’s been eight years coming, but the Red Bull Flugtag will finally crash land back in the UAE this weekend.

Thousands of spectators will gather at Dubai Creek to watch the Flugtag Dubai as 49 teams put their hand-made flying machines to the test.

It’ll be a case of sink or swim as each of the plucky pilots are pushed off a nine-metre platform in their DIY flying machines in a bid to soar for as long as possible across the water below.

It’s too late to enter (would you really want to?), but there’ll be plenty to see, whether you’re an aviation fan, or just enjoy watching people nosedive into water.

The distance to beat is a massive 78.64 metres; the standard set by the Chicken Whisperers, who broke the world record in Long Beach, California, in 2013.

But distance isn’t everything. Competitors are also judged on creativity and showmanship, so get ready for some spectacular contraptions and fantastical outfits.

180: Maximum weight in kilos of competing aircraft – including the pilot

1992: Year of the very first Flugtag, which took place in Vienna, Austria

Seven: Height of the take-off platform in metres

Pictures from past Dubai Flugtags

It’s been eight years since we had a flugtag in Dubai, here’s what the bizarre flying event looked like when it hit the city nearly a decade ago… 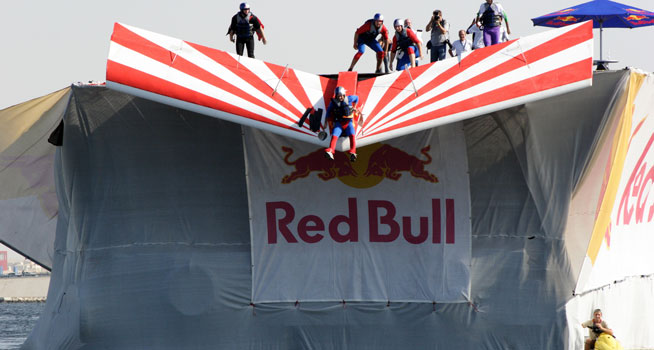 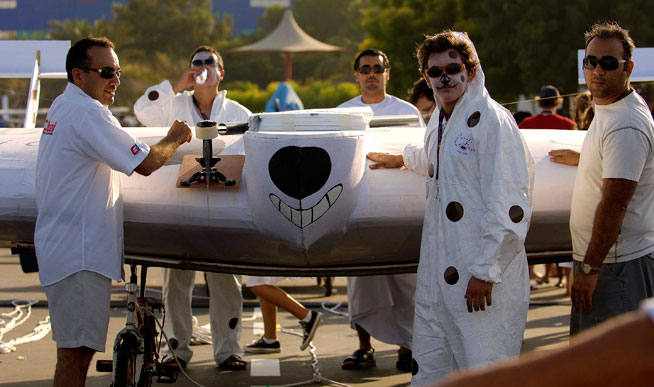 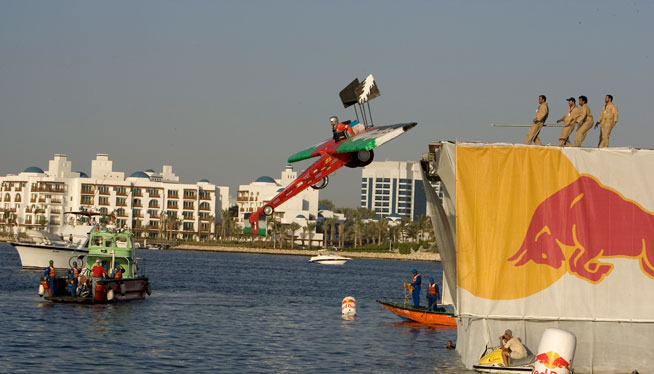 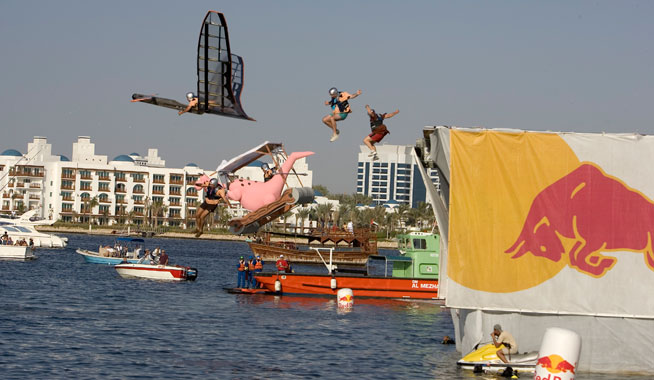 How to spot a contender 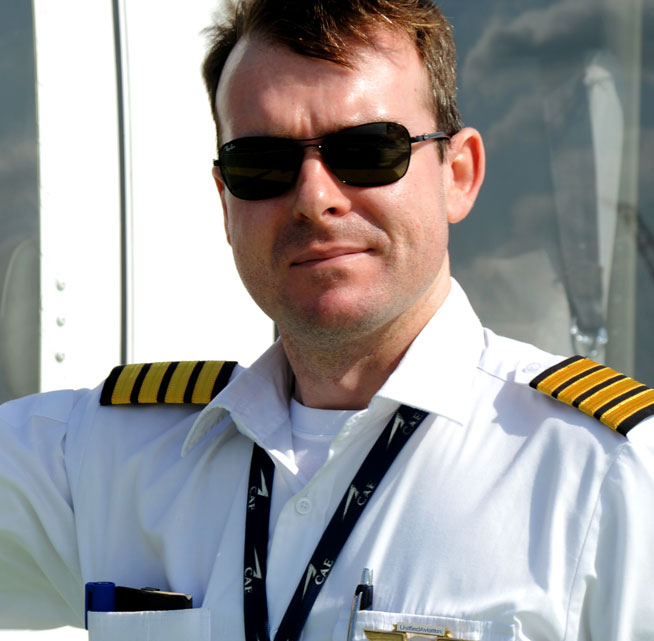 Team spirit The ideal take-off is with a directionally stable, symmetric force. With four people pushing it’s easy for one side to accidentally push harder than the other – good teamwork and lots of launch practice are essential.

Eye-catching design Distance alone does not a winner make. The judges will be looking for colour and creativity

The lighter the aircraft, the better This helps it to glide rather than plummet

A diminutive pilot Aircraft and pilot together must not exceed 180kg, but it’s always a case of the lighter the better. More important still is the right blend of courage and craziness…

Outdoor
Sport & Fitness
EDITOR’S PICKS
Ain Dubai will open with fireworks, live music and a drone show
READ MORE
Incredible Aura SkyPool to open in Palm Tower this November
READ MORE
Brit Grand Slam hero Emma Raducanu confirmed for Mubadala Tennis
READ MORE
What’s On Nightlife Awards 2021: Here are the nominees...
READ MORE
MOST POPULAR
Celebrate creativity at City Walk during this three-weekend event
This Heinz Beck brunch at Waldorf Astoria just got an upgrade
10 brilliant things to do in Abu Dhabi this long weekend: Oct 21 to 23
Experience Arabesque elegance at Asil's Saturday lunch
If there's one place to be this Halloween, it's Warehouse
YOU SHOULD CHECK OUT
Our website uses cookies and other similar technologies to improve our site and your online experience. By continuing to use our website you consent to cookies being used. Read our privacy policy here.