Adam Lambert will perform at RedFestDXB continuing an already star-studded line up of international artists coming to Dubai between February 11 and 12, 2016.


Californian native Adam Lambert first stepped into the spotlight in 2009 when he became a finalist on the eighth season of American Idol. He may not have won American Idol but his vocal range, along with his unique style, made him a standout contestant and he quickly won over millions of viewers.  After the season wrapped, Lambert released his successful RCA Records debut, For Your Entertainment, which has sold nearly two million copies worldwide and featured the Grammy-nominated radio smash, Whataya Want From Me. In June of 2010, Lambert embarked on his first headlining tour playing to sold out crowds in the US, Europe and Asia. 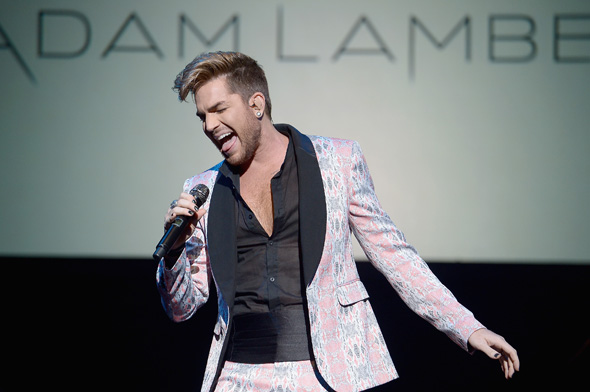 As for his latest songs, we’re particularly loving Adam’s latest single Ghost Town and the gorgeous Another Lonely Night.

Earlier this month, rapper 50 Cent was the first name to be announced in the RedFest DXB line-up. The ‘In Da Club‘ bad boy has sold more than 30 million albums worldwide and has 13 Billboard Music Awards, three American Music Wards and 4 BET awards on his mantelpiece.

*More: Check out pictures from RedFestDXB 2015*

At just 24 Ora had four UK number ones (five if you count her smash hit with Iggy Azalea Black Widow) – so, from How We Do to I Will Never Let You Down, you’ll find plenty to sing along to when you see the X Factorjudge live.

Meanwhile Eva Simons is best known for her summer Policeman:


And, legendary BBC1 DJ MistaJam will close the night with some masterful multi-genre mixing.

– RedFestDXB will run from February 11 to 12 at the Dubai Media City Ampitheatre – you can pre-register for tickets today at redfestdxb.com.

News
Nightlife
EDITOR’S PICKS
9 royal-approved Dubai restaurants
READ MORE
12 incredible rooftop pools in Dubai to check out
READ MORE
16 of the best beach bars in Dubai for sundowners
READ MORE
Covid-19 rules in Dubai: all the updates you need to be aware of
READ MORE
MOST POPULAR
Join us for a preview of Fairmont Bab Al Bahr's Valentine's dine around
A new Amapiano brunch is coming to Annex at The Abu Dhabi Edition
Pay off your traffic fines in installments without interest
This stunning new gastropub is officially open at Soho Garden
Review: DIFC's new rooftop Japanese restaurant, Clap
40 places to celebrate Valentine's Day in Dubai
YOU SHOULD CHECK OUT
Our website uses cookies and other similar technologies to improve our site and your online experience. By continuing to use our website you consent to cookies being used. Read our privacy policy here.