You might have heard lots of screeching and roaring engines coming from the direction of Meydan Racecourse this week. That’s because the adrenaline-fuelled, tyre-burning Red Bull Car Park Drift is back in Dubai and revving up for the final on Friday night.

With impossibly sharp handbrake turns, smoking tyres and backfiring displays, just watching (and hearing) these drifters fly around the obstacle course is enough to get your heart racing.

So, of course Team What’s On jumped at the chance to be shown around the track by Lebanese rally driver, triple national champion and legendary drifter Abdo Feghali:

The competition has travelled far and wide to find the greatest extreme motorsport drivers, and now it’s back in Dubai for the third year in row, where 16 of them will helmet up and compete for the ultimate title of ‘King of Drift’. 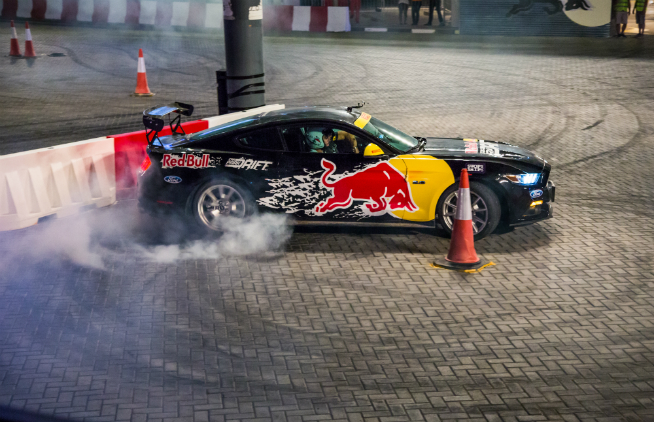 This year’s course is considered one of the series’ most technical, and includes obstacles called the ‘Pendulum’ and the ‘Spiral’. The twist is these drivers aren’t looking for speed, instead they’re judged on criteria such as drifting skills, the look and design of the car, sound and tyre smoke – basically, it’s all about the showmanship. 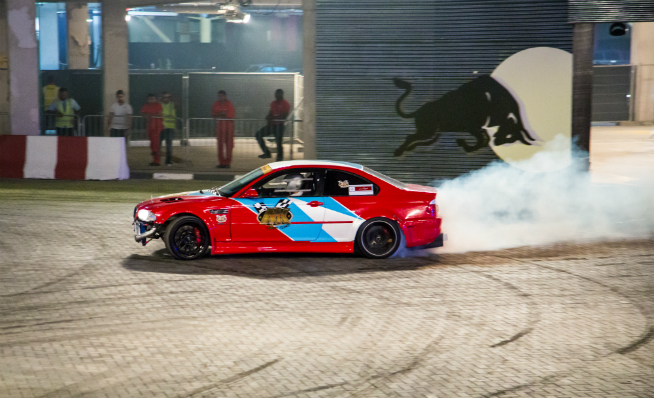