Now in its 12th year, the Dubai International Film Festival returns this month, and its star is shining brighter than ever.

Clear your calendars, as these are the films you need to see…

Big budgets, A-list actors and Oscars buzz – these are the films critics and fans alike will be talking about when awards season rolls around

Back in 2004, 60 Minutes producer Mary Mapes and anchor Dan Rather scandalised America with a report suggesting that George Bush (who was president at the time and running for re-election) dodged his duty during the Vietnam War. This tense drama explores the explosive repercussions for CBS when their evidence was questioned.

Another journalistic thriller based on true events, this drama from Tom McCarthy explores the Boston Globe’s Pulitzer Prize-winning investigation into the corrupt clergy of the city. It thrilled at the Venice Film Festival and the Toronto International Film Festival, and Rotten Tomatoes gave it a 97 per cent rating.

The closer of DIFF is The Big Short, which has a star-studded line-up that includes Brad Pitt, Christian Bale, Ryan Gosling and Steve Carrell, who play ordinary men taking on the banks during the credit crisis of the late noughties. We expect great things from Saturday Night Live writer and Anchorman director Adam McKay. 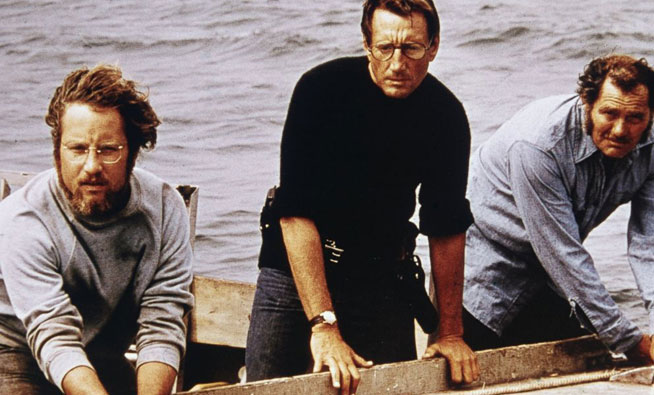 Steven Spielberg’s masterpiece was the original summer blockbuster, and it turns 40 this year. Fans take note: Richard Dreyfuss himself, who played scientist Matt Hooper, will be at DIFF to present a special screening of the classic film at the free cinema at The Beach at 7.30pm on Saturday December 12.

From underground rock stars in the Middle East to jazz musicians in Pakistan, DIFF showcases the best of world cinema

In the 1970s, Pakistani orchestras and musicians were forced to disband when the Taliban arrived in the country. This uplifting documentary follows a small group of brave musicians who continued to play together. When a recording of them playing jazz on their traditional instruments goes viral, they’re invited by Wynton Marsalis to play jazz with his band at Lincoln Center in New York.

Director: Farid Eslam
Cast: Zeid Hamdan, Maii Waleed Yassin
Playing: 6.30pm, Friday December 11 & 7pm, Tuesday December 15. Book here.
We can’t wait to see this energetically paced documentary from Istanbul United director Farid Eslam. The documentary, which was filmed between 2009 and 2014, follows some of the most exciting and progressive musicians in the Arab region, and their struggle for self-expression amid increasing political unrest. 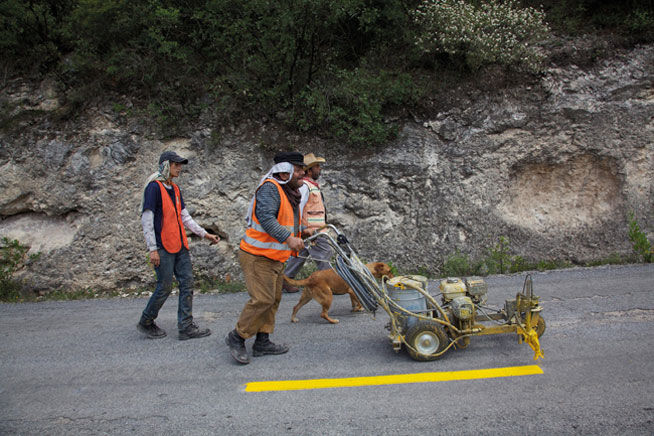 Five strangers with nothing in common are thrown together when they’re teamed up to paint the centre line of a highway for over 100 miles. Part drama, part comedy, director Celso Garcia does a masterful job of exploring their growing friendship against the stunning backdrop of the harsh Mexican landscape.

As prolific as he was charismatic, Egyptian actor Omar Sharif was beloved by audiences worldwide. Sadly, he passed away earlier this year, but his legacy will be celebrated at DIFF with the world premiere of his final film 1001 Inventions And The World Of Ibn Al-Haytham, a family-friendly mix of animation and live action, the short film is playing at 6pm on Sunday December 13 alongside Halal Love. It will also be played along with other short films on December 14 and 15.

Let’s not forget the little ones. Here’s a round up of the best family-friendly flicks coming to this year’s festival.

If you were born any time after the 1980s you probably won’t even remember Charlie Brown, Snoopy and the gang. It’s taken 25 years to bring Charles M Schulz’s beloved Peanuts characters to the big screen, and this movie should bring the loveable comic strip cast to the attention of a whole new audience.

While The Peanuts Movie might be a very modern 3D animation, it’s still charmingly old-fashioned, suitable for even the tiniest of tykes, and sure to be a nostalgic hit with the grown-ups too.

Also known by its Hindi title Dhanak, this heart-warming film from director Nagesh Kukunoor is about a little girl called Pari and her blind younger brother Chotu. Just before Chotu’s ninth birthday, the pair set off on an epic journey across Rajasthan in search of the actor Shah Rukh Khan, who Pari believes will be able to restore Chotu’s sight. Fresh from its award-winning premiere at the Berlin International Film Festival, this is a must-watch.

This is a sweet French film about the friendship between two young girls. Cathy’s father gifts her a duck egg, but it’s her friend Margaux who’s there when the duckling is born, and it’s Margaux whom the tiny creature mistakes her for its mother. Margaux’s parents refuse to let their wheelchair-bound daughter keep her new fluffy friend as a pet, so the two girls hatch a plan to run away from home.

Some famous faces lend their vocal talents to this animated adventure; Milla Jovovich, Sharon Stone and Whoopi Goldberg are just a few of the A-list names you’ll spy when the credits roll. Former model Jovovich voices Savva, a ten-year-old boy who dreams of becoming a warrior and is called upon to defend his mother and his village from attack. This is an old-fashioned fairy tale with plenty of heart.

Get into the festive spirit with this Norwegian fairy tale that’s actually two stories intertwined: that of our own world and the fantasy world ruled by the young Queen Eiril. Fans of the Lion, The Witch And The Wardrobe will enjoy this snowy adventure – which features the timeless battle between good and evil, and in which the outcome depends on the courage of a little girl.

These flicks have already made a splash in Venice, Cannes, Toronto and beyond.


Room tells the story of Ma (played by an exceptional Brie Larson), a young woman kidnapped and held captive with her son Jack (Jacob Tremblay) for five years, and the aftermath of their escape. Based on the bestseller by Irish author Emma Donaghue, the film, which will kick off the 2015 festival on its opening night, won the People’s Choice Award at the Toronto International Film Festival, and it’s already generating major Oscars buzz. The 2010 book was a must-read, and now the movie version of Jack and Ma’s harrowing tale is a must-watch.

A powerful and timely film about a refugee – a Tamil soldier called Dheepan, who flees to France in search of a better life. Packed with all the drama and darkness you’d expect from Rust And Bone director Jacques Audiard, it won the prestigious Palm d’Or at Cannes this year.

Turkish director Deniz Gamze Ergüven won the Label Europa Cinemas award at the Cannes Directors’ Fortnight with this gorgeous coming-of-age tale about five sisters, and how they rebel against their oppressive uncle who becomes their guardian after the death of their parents.

During DIFF, the Beach opposite JBR will be hosting outdoor film screenings, along with the festival’s red carpet premiere. The full schedule is here (you have to scroll down to see it). Just make sure you get there to claim your beanbag on the beach early, as seating is first come first served.

Culture
Film
News
EDITOR’S PICKS
Ramadan in Dubai: 38 iftars to try
READ MORE
Where can Dubai residents travel? Check out these 14 destinations
READ MORE
Rumours, facts and reveals: New Abu Dhabi bars and restaurants
READ MORE
UAE announces reduced working hours for Ramadan 2021
READ MORE
MOST POPULAR
5 ways to stay fit the fun way at Hudayriyat Island this Ramadan
How many days will we get off for Eid Al Fitr 2021?
Urban Outfitters' sister brand Anthropologie to open in The Dubai Mall
This double vacation offer includes stays in both Dubai and the Maldives
Dog of the Month: ubk launches unique social media competition
YOU SHOULD CHECK OUT
Our website uses cookies and other similar technologies to improve our site and your online experience. By continuing to use our website you consent to cookies being used. Read our privacy policy here.