Landmark Group, the retail giant behind Splash, Centrepoint, Home Centre, Iconic, Emax and many other stores, has announced that they will stop selling Trump products in all 195 of their Lifestyle stores across the Middle East after billionaire real estate developer Donald Trump called for the ban of all Muslims travelling to the United States.

In February, Landmark’s store Lifestyle, which has 195 branches across the region, signed a deal to sell items from the Trump Home collection across the GCC. Well they’ve now announced that they are going to remove all of the Trump products from all of their shelves across the entire region.

Lifestyle CEO Sachin Mundhwa told Arabian Business they’re pulling the line because they “value and respect the sentiments of all its customers”.

Donald Trump, who is currently running to be the Republican Presidential candidate, said on Tuesday via a statement that America should disallow any Muslims from entering the country.

The media statement began with:  “Donald J. Trump is calling for a total and complete shutdown of Muslims entering the United States until our country’s representatives can figure out what is going on.”

Trump’s comments, which are effectively hate speech, have been widely criticised by US officials, with White House press secretary Josh Earnest saying his comment “disqualifies” him from being president, because every president must take an oath to “preserve, protect and defend” the U.S. Constitution. 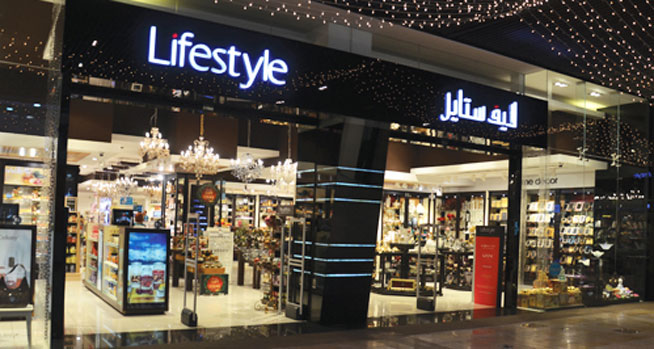 Lifestyle has pulled all Trump products.

Secretary of State John Kerry had this to say: “I would simply say that nondiscrimination and equal treatment are a pillar of not just American values but of our immigration and our admission policies in this country.” Adding, “As I travel around the world, it is clear to me and how both our friends and our adversaries watch and listen to the discourse in the U.S., and I believe that comments such as those that we just heard are not constructive — and I would say that is putting it diplomatically.”