Does Ramsay’s return to Dubai live up to his own high expectations?

Yes, Gordon Ramsay’s spent much of his kitchen career puce, shouting at people, but he’s also dedicated a good portion of it to helping flailing operations turn around via TV shows like Kitchen Nightmares. So you’d expect that a restaurant carrying his name – like the new Bread Street Kitchen in Atlantis – would be a slick operation.

Well, it is. It’s not where we’d choose to celebrate an anniversary or necessarily somewhere we’ll return to that regularly, but next time we’re going for dinner with friends who have kids, but still want to feel like we should posh-up a bit pre-meal, this is where we’ll go. When we visited there were kids everywhere. Quite literally. Another plus for parents: it also has a beautiful terrace with an enclosed garden where little ones can run around without actually escaping, meaning you can relax over your shepherd’s pie. 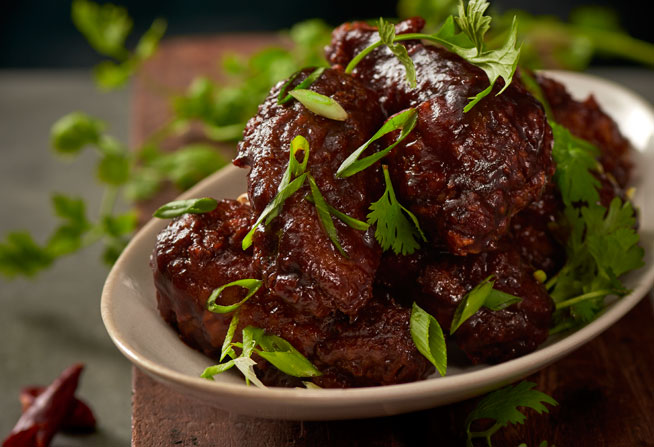 These have quickly become the restaurant’s most talked about dish. The portion was hefty for the price, and the wings were juicy, saucy and so tart that they made us wince: if you prefer unobtrusive flavours, you won’t like these. But if you like your tastes ostentatious and almost a touch uncomfortable, you’ll love them. They were basically chicken-wings-meets-spare-ribs – which is A-OK with us.

The plentiful stone bass carpaccio with avocado purée, horseradish and ginger dressing (Dhs65) was the highlight of the meal. 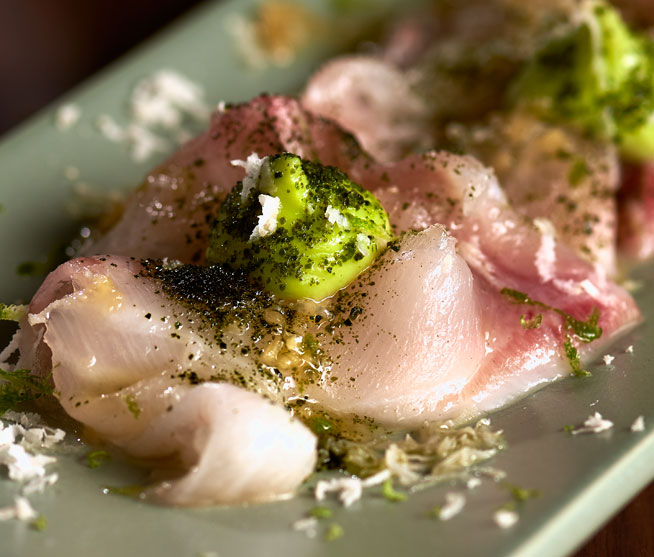 The folds of fresh fish were truly Rubenesque (none of those disappointingly tiny discs that a carpaccio order can involve). The creamy dots of avocado had a perfect smooth texture and the horseradish was freshly shaved (nice touch).

When the time came for the main course we were in the mood for meat. The braised beef with star anise, carrot purée and creamed wild mushrooms (Dhs145) lived up to expectations – the carrot was sweet, the gravy rich, the mushrooms a testament to the power of fungi and the meat soft (it did have a boiled taste, but such is the nature of braised meat, so we can hardly complain).

However, the Bread Street Kitchen’s short rib beef burger with Monterey jack cheese and sriracha mayo (Dhs95) was overcooked (to the point of being dry and crumbly) and we’d have preferred Shake Shack. That’s not an insult to Bread Street, more of a compliment to Shake Shack. Redemption came in the shape of the chips, which had clearly been crafted by someone with a PhD in deep fried potato – they were dangerously crispy on the outside and like the best roast tatties we’ve ever eaten on the inside.

We somehow managed to stuff in sweets – the bread and butter pudding ice cream (Dhs60) was essentially a super-fancy soft serve that had echoes of rum and raisin.  The sticky toffee banana pudding (Dhs45) trumped the ice cream thanks to the fact it had the flavour of banana bread, but the texture of chocolate mousse.

There’s a lot to love about Bread Street. The service is informed. The food is thoughtful, the ingredients premium. The lighting is perfectly designed. The music is very Tarantino soundtrack – although punctuated by the occasional tinny twang from a child’s iPad. The vibe is good.

So yes, we’ll be back – we just won’t order the burger.

Best of
Eat & Drink
Restaurants
EDITOR’S PICKS
Ain Dubai will open with fireworks, live music and a drone show
READ MORE
Incredible Aura SkyPool to open in Palm Tower this November
READ MORE
Brit Grand Slam hero Emma Raducanu confirmed for Mubadala Tennis
READ MORE
What’s On Nightlife Awards 2021: Here are the nominees...
READ MORE
MOST POPULAR
Harlem Globetrotters are coming to Expo 2020 Dubai this October
New venue Urla brings coastal dining to the heart of Downtown Dubai
The Dubai Moonlight Classic is bringing carnival vibes to the city
6 cool things to do in Abu Dhabi this week: October 24 to 27
6 unmissable things to do in Dubai this week: October 24 to 27
YOU SHOULD CHECK OUT
Our website uses cookies and other similar technologies to improve our site and your online experience. By continuing to use our website you consent to cookies being used. Read our privacy policy here.