From Donnie Darko to End of Watch, Jake Gyllenhaal has been in some of our favourite movies of all time. Rightfully, the actor was awarded the International Star of the Year Award at DIFF by Variety magazine yesterday, and he came to Dubai for the occasion.

At 34, his career already spans 24 years – let us not forget that he was in the comedy classic that is City Slickers:

While in Dubai, the actor sat and chatted to his fans for an hour, and we were there.

The session devolved into people telling him they loved him and trying to storm the stage to take photos with him near the end (or it evolved, depending on what kind of chat you like). But the start of the Q&A was really insightful, with Gyllenhaal coming across as thoughtful and also funny (he made many references to cheese, Notorious BIG and threw in some self deprecating jokes).

1. Jake getting really Jedi on it when talking about how it’s easier for him to choose the right roles today.

“When you listen to your instinct it’s actually sharp as a knife and quick. And so I turned a few years ago directly to my instinct without a worry of what people might think of that. Work has just begun to flow.” 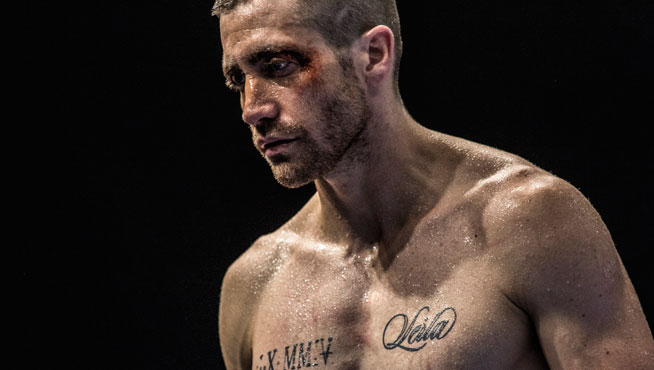 2. On his acting oeuvre after a highlight reel showed quite how many times he’s smashed mirrors and shouted at the camera.

“Hitting things, throwing them then yelling seems to be the theme.” 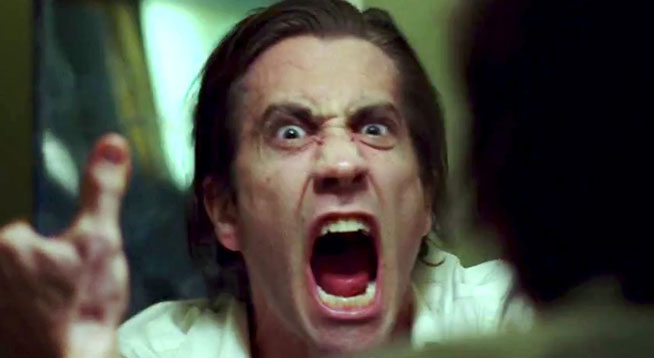 3. On how, even though he tends to choose serious roles, he loves less intense movies too. In fact, The Goonies is one of his favourite films.

“Sometimes when watching a movie I’m like, why can’t Josh Brolin be in this in a bandana? ’ I just worked with Josh [in Everest], and all I did was talk about his movies, which he didn’t like [he then laughed, fairly heartily].”

4. On how, while he’d love to not have to, he has to prepare and research a lot for his roles.

“I realised a few years ago that I’m not as smart as I thought I was and that I need a tremendous amount of preparation.”

5. And then, like a pro, he brought a question about the ephemeral nature of his career back to Biggie Smalls.

“I think I’ve just come to the fact that it is quite possible it could end tomorrow. The opportunities could. Because of that, it allows me to commit fully to what I’m doing. I take my guidance from hip-hop, to be honest. To me, it’s all about, every situation you act like it’s your first time and your last. That’s from Biggie, you know [he then chuckled ever so slightly].”

6. On how his roles bleed into his life.

“You hold a piece of that thing inside you, whether you like it or not, with all the characters you play. When I finished Nightcrawler, and when I finished Southpaw, I don’t think I realised how much time I put into the creation of the character. I was talking about it to a journalist, and I said ‘I changed my molecular structure a little bit’, which sounds so pretentious, and it is pretentious, but it’s also true. And then you get thrust out of it, you just get pushed out of it, the doors get shut and it’s done. And you’re like ‘Wait, I’m a BOXER?!’ and ‘Where’s my daughter?!’” 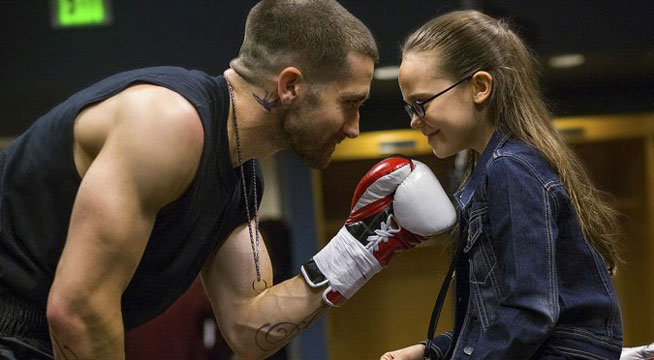 7. On how messed up the Nightcrawler character was.

“Yeah, well I’m him all the time [while smiling wryly] so it’s fine. It’s comforting to finally be able to play myself in a movie.”

Here’s #jakegyllenhaal charming the audience at #diff last night. Read about the eight greatest moments from the star’s chat in #dubai at whatson.ae now. 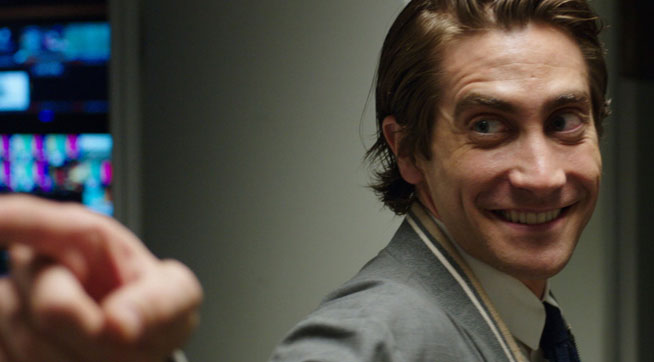 8. And finally, on his favourite tunes…

“I’m a big Drake fan. Actually, I just said that so you’d like me more. I’m listening to this band Nathaniel R & The Night Sweats. There’s this great guy Odis Redding. And the Hamilton soundtrack.”

Culture
Film
EDITOR’S PICKS
UAE holiday dates announced for Eid Al Adha
READ MORE
Emirates extends suspension of flights from India to UAE again
READ MORE
Coming soon: Everything we know about Ain Dubai so far
READ MORE
Khorfakkan set to open new tourist attraction 580 metres above sea level
READ MORE
MOST POPULAR
It's Dhs350 to brunch, stay and play at the What's On Lock In this weekend
UAE weather: Temps of over 50ºC recorded in the shade yesterday
Get a free Expo 2020 day pass when you fly with Emirates
A popular fairy-tale is gracing the stage at The Theatre at Mall of the Emirates in August
UAE petrol prices will increase again in August 2021
Exclusive interview: John Cena on his role as a 'douchey Captain America'
YOU SHOULD CHECK OUT
Our website uses cookies and other similar technologies to improve our site and your online experience. By continuing to use our website you consent to cookies being used. Read our privacy policy here.