Bear Grylls survival course: Learn how to stay alive in the mountains

Could you handle a 24-hour survival course in the unforgiving terrain of Musandam?

Is there anyone in the world who has not been captivated by the adventures of Bear Grylls? Who hasn’t felt their heart quicken as the Man Vs Wild star crash lands in another hostile environment, equipped with nothing but a Stanley knife and the will to survive? 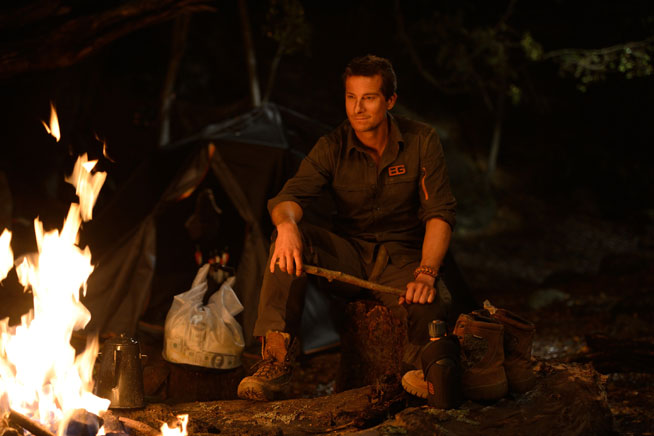 Given his track record, a Bear Grylls Survival Academy sounded like the experience of a lifetime. A new venture under the Chief Scout’s brand, the course promises to teach you the basics of surviving in the wild. Courses for adults were launched last year in the Musandam Peninsula, but now Grylls has come up with a family version. What’s On steeled its nerve and strapped on its rucksack to give it a try.

Survival academy as it happened…

12:00 > Survival Academy begins gently enough at the Absolute Adventures headquarters in Dibba, where we chat with fellow participants. We meet instructors Chris, Dave and Stu. Dressed in black shorts and T-shirts emblazoned with the BG logo, knives attached at the hip, boots and beards – we are reassured by the fact they very much look the part.

12:10 > Our worldly possessions are taken away, including everything we’ve been told to bring. Fleece, woolly hat, extra clothes, sneaky bar of chocolate – everything is confiscated. We’re given ten minutes to pack a rucksack with a provided sheet, roll mat, mosquito net,  water bladder, headlamp, spade, harness, helmet, and one smelly bag of fish and kidneys. 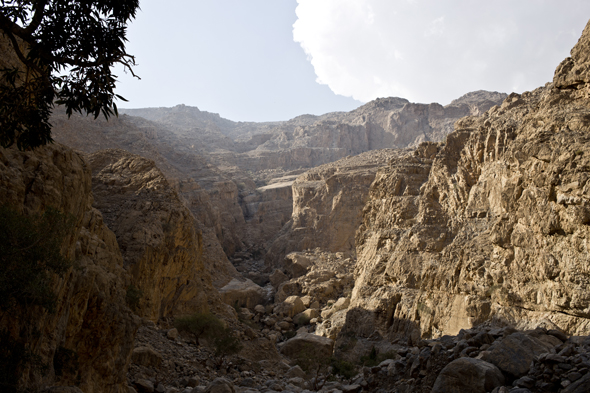 13:00 > We’re dropped off on a dusty desert track and told to follow the route ahead. If we get there within 30 minutes we’ll get a knife. It’s 30 degrees and the sun blazes down but we power-walk up the track as a unit. 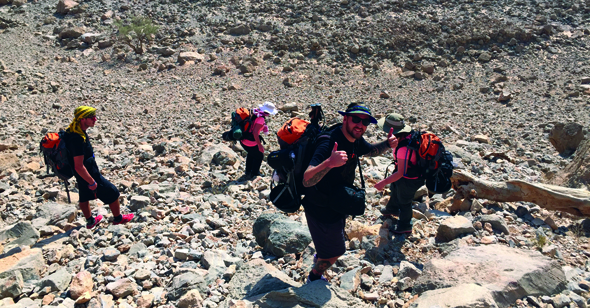 15:00 > Scrambling across the jagged rocks through a dry wadi bed, we’re shown how to take advantage of shaded spots; how to tackle steep climbs; and how to make a pit-style solar still for water. 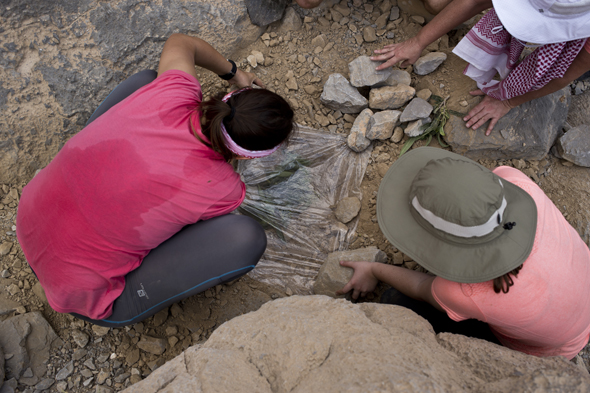 16:00 > We trek tentatively to avoid tumbling on the merciless terrain, and get some lessons in first aid, from dealing with sprained ankles to more severe injuries. We also learn how to bind rucksacks together to create a stretcher (genius), and how to use ropes to create a makeshift carriage. 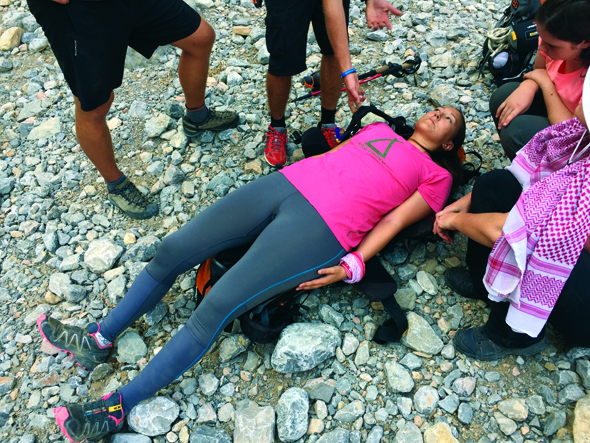 17:00 > By late afternoon we reach “camp”, which turns out to be nothing more than a level patch of rocky ground. As the light fades we get a crash course in lighting fires using cotton wool, Vaseline, flint and steel. 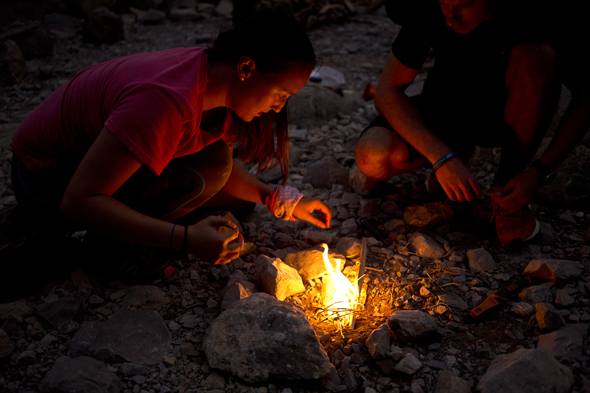 18:00 > It’s time to pull out that smelly cargo for a lesson in gutting and cooking fish. A practical (and bloody) demonstration follows, and actually results in a tasty starter, which is followed by a revolting main course of skewered kidneys. 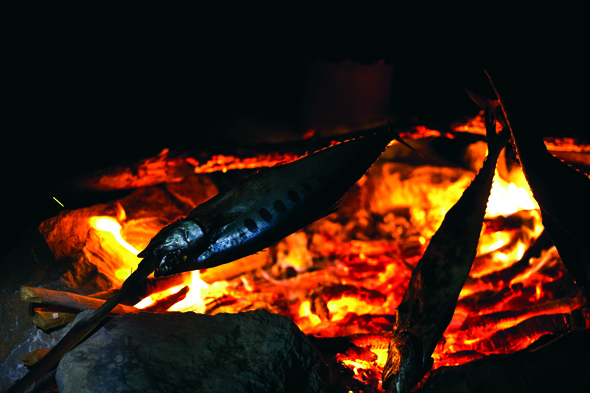 19:00 > With barely so much as a goodbye our instructors disappear, leaving us to fend for ourselves. In the dark. We roll out our thin mats and lie on them in silence, our rumbling tummies the only sound for miles. We try to grin and bear it.

23:00 > Fire’s out. It’s cold. We’ve barely slept and our bodies ache (lying on rocks will do that). Team effort to re-light fire.

03:00 > Fire’s out. It’s cold. We work hard to re-light the fire. Feel angry we don’t have our fleeces. Positive thinking at an all-time low.

06:00 > First light and we’re up, boiling water and stuffing our faces with porridge goop. Nothing has ever tasted so good. We put on our harness and helmet and set out for day two of training, which begins with knotting school. 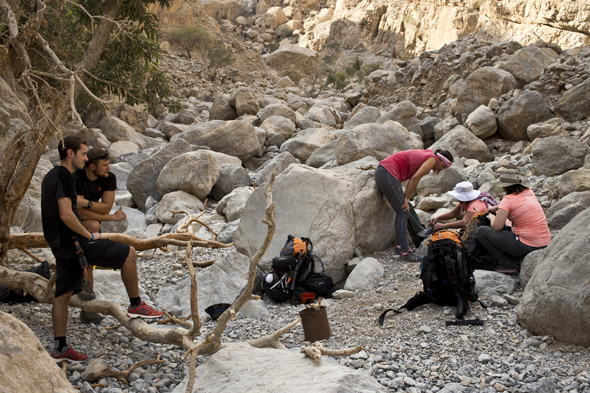 09:00 > Standing in front of a gigantic cliff face ready for an ascent. The rocks are sharp with near perfect handholds and we scramble to the top. An apparent snakebite, though, brings us back down to earth. We follow protocol, hearts pounding, and work together to bandage our teammate’s wound in preparation for bringing him to safety. (It turns out to be a test). 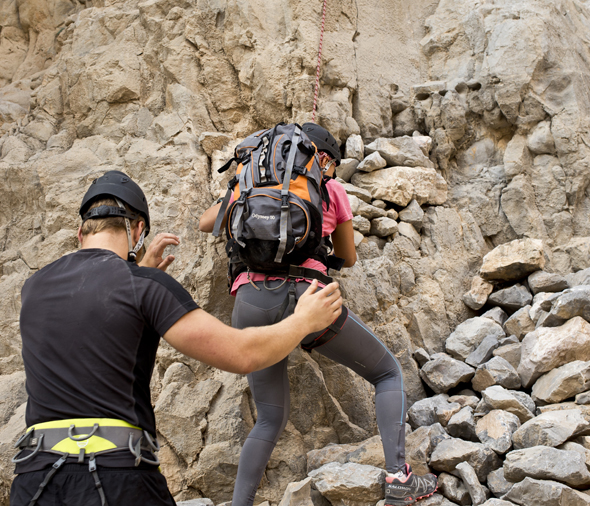 10:00 > Sweaty, thirsty and filthy, we finally catch a glimpse of the road and make a final signal fire to attract help.

12:00 > In addition to being one killer workout (there’s a lot of physical exertion, plus the snakebite scenario certainly got our heart rates up), this 24-hour course delivered in more intangible ways. Back at headquarters we were exhausted but exhilarated. Our brains were frazzled, but we felt newly competent, and filled with the spirit of adventure.

News
Outdoor
Sport & Fitness
Things to do
EDITOR’S PICKS
Here's the full list of UAE public holidays in 2023
READ MORE
23 incredible things to look forward to in the UAE in 2023
READ MORE
Hidden gems: 10 UAE desert pop-ups to discover this winter
READ MORE
Where to travel in 2023: 10 new flight routes from the UAE
READ MORE
MOST POPULAR
Pics of the week: Your best photos of the UAE
Dhow & Anchor has got you covered every day of the week
RTA: All the road closures you need to be aware about
Review: The Nice Guy Dubai
Masha and the Bear is coming to Abu Dhabi this April
YOU SHOULD CHECK OUT
Our website uses cookies and other similar technologies to improve our site and your online experience. By continuing to use our website you consent to cookies being used. Read our privacy policy here.