15 photos that take you on an insider's tour of Deira

Dubbed “a counter-narrative to the city’s ever popular image of opulence, modern architectural marvels and headlining superlatives,” a new book from Dubai expat Jalal Abuthina called Dubai Behind The Scenes takes the reader on a 210-page tour of the city’s original ‘downtown’ area.

The Irish/Libyan who has been living in Dubai for over 20 years knows the part of the city well, and his ‘book tour’ goes beyond the dunes and skyscrapers you see in the first page of the city’s Google Image results.

It traverses Deira – from Baniyas Square through to Somali Road, the Gold and Spice Souq and then across the creek to Karama and Bur Dubai. 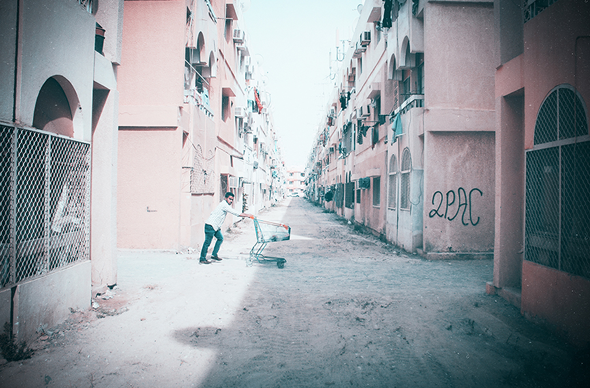 2. Here’s a street scene taken at the entrance of the Spice Souq at high midday. 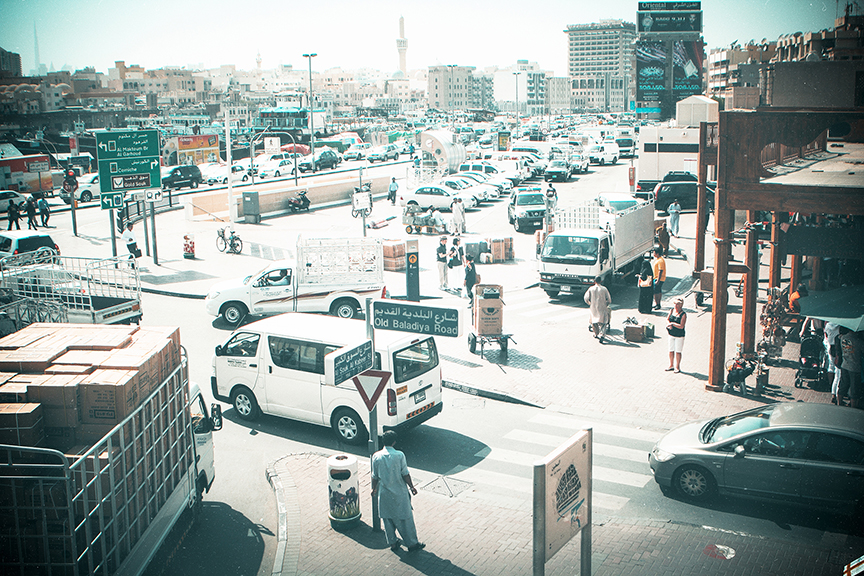 3. A man uses a nearing-extinction payphone near Baniyas Square. 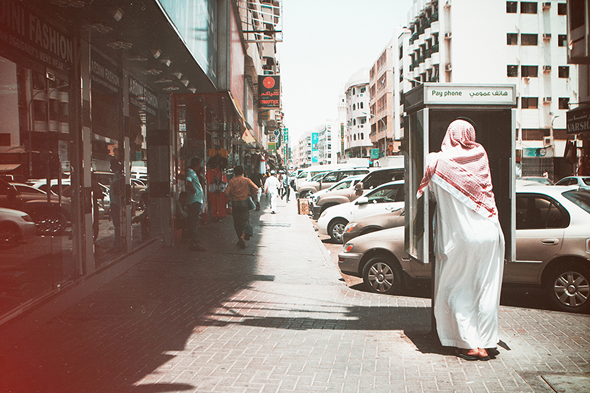 4. Photos hang outside a studio in Deira where a lot of people go in and have a photo taken against a green screen, which is then photoshopped against a glitzy Dubai background. You can choose the Burj Khalifa, Emirates Towers, the Burj Al Arab, or a greatest-hits cityscape. 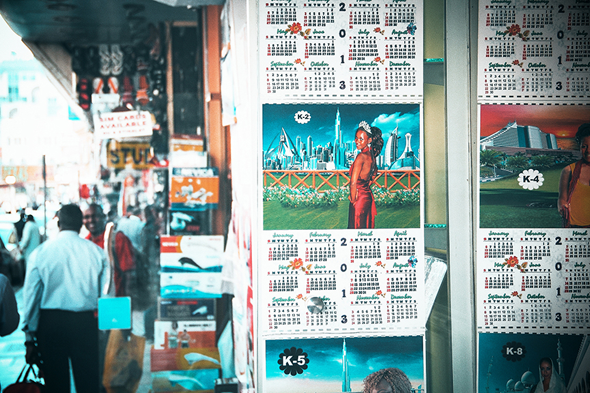 5. An alternative to Dubizzle near Somali Road. 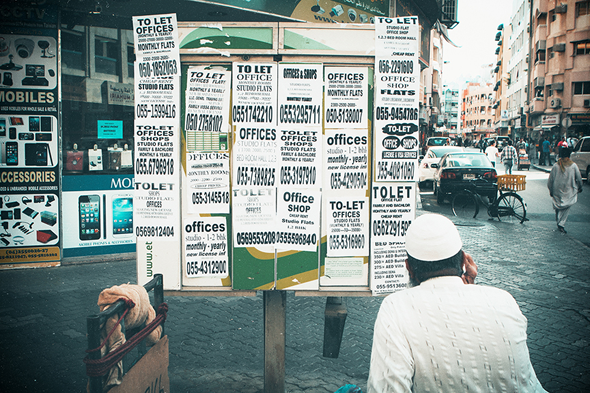 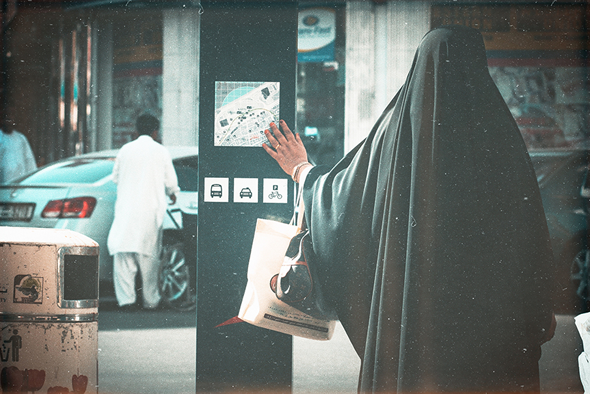 7. A frame shop in Deira showing the diverse spectrum of characters that Dubai residents have hanging on their walls. 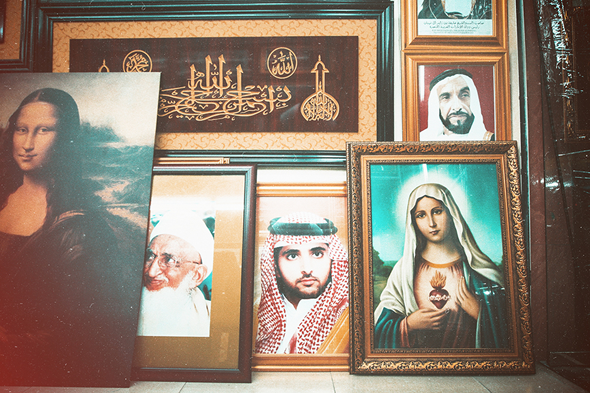 8. A building facade in Al Muteena – industry rules the bottom of the building, while the top half acts as people’s homes. 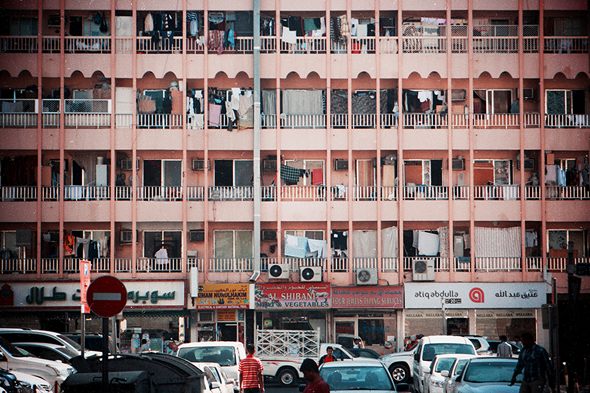 9. One of the famous wrestling matches that happen outside the Hyatt Regency every Friday. 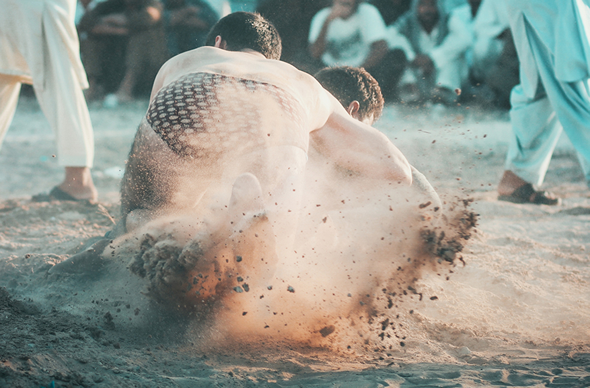 10. A Municipality worker and a tourist both take a break from the hustle of the Gold Souq. 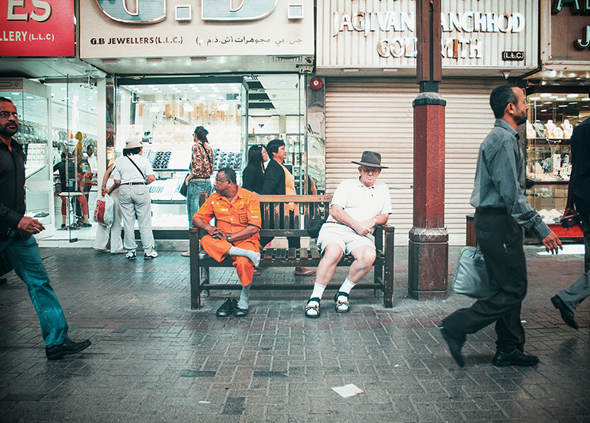 11. A small corner of the Hindu Temple in Hindi Lane in Bur Dubai (there’s also a Sikh Temple on the floor above). The land and permission for the Hindu temple was granted by HH Sheikh Rashid bin Saeed al Maktoum himself. 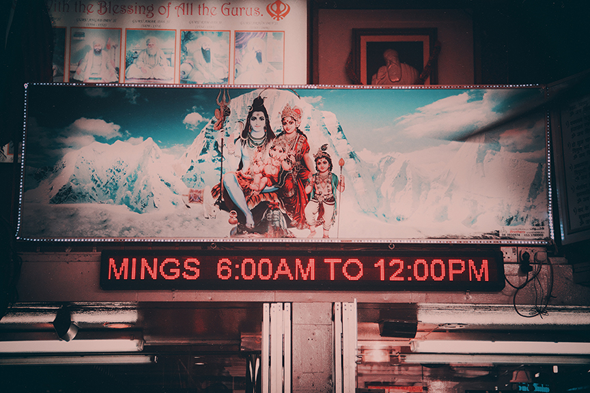 12. Also in the Hindu Temple: cups used as part of a ritual offering being prepared. 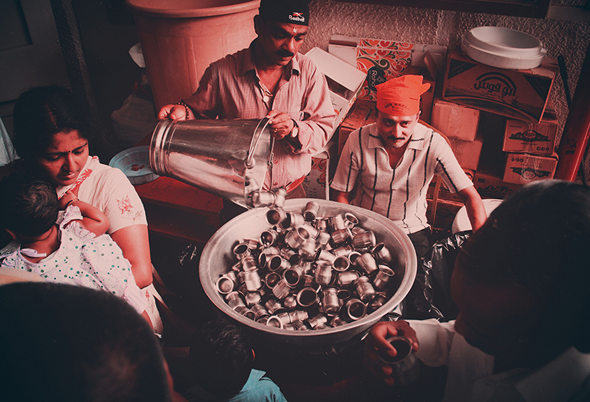 13. A shopkeeper mops the floor outside his store at around midday in Karama to get ready for the evening rush. 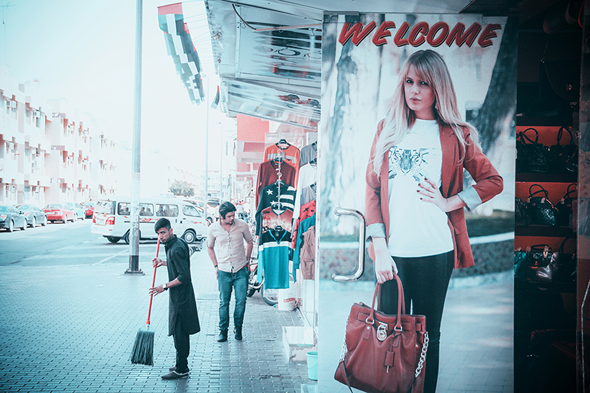 14. A cobbler in Karama takes a tea break, with his equipment laid out and ready for a customer. 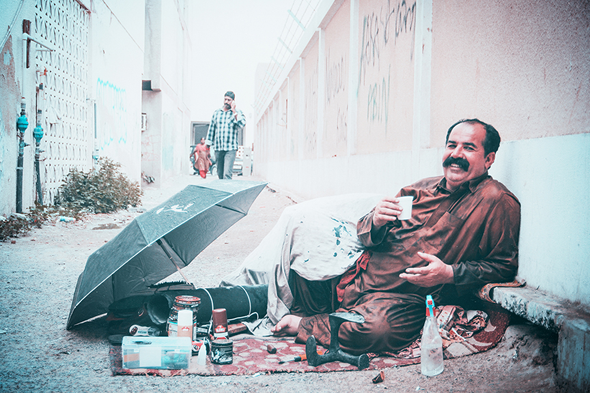 15. This picture of a projected image of Dubai in 2050 was being used as a curtain for a home in Karama. It’s the last image in Jalal’s ‘book tour’. “The reason I ended the book with the image is because it shows a vision of the future being used to improve the conditions in the older part of town,” he explains. 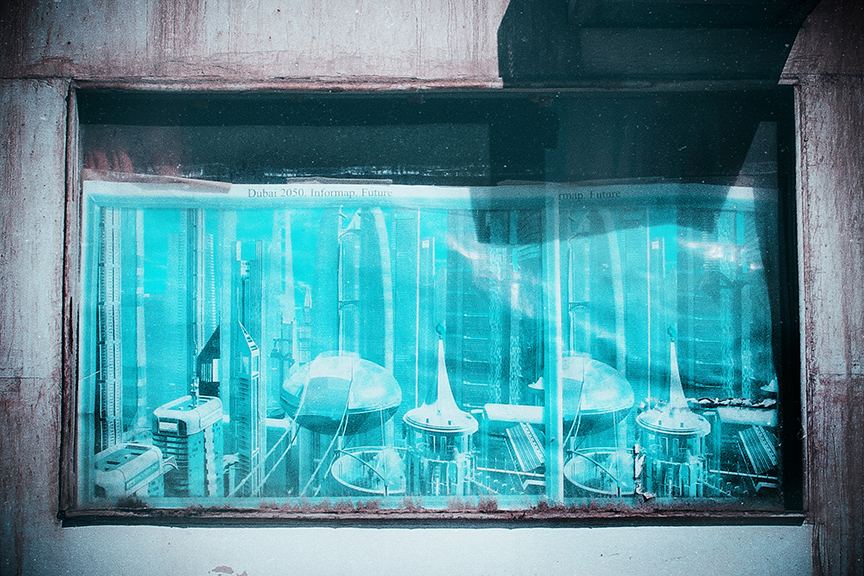 All of the text in the book is in Arabic, Russian and English. Dubai: Behind the Scenes, Dhs170, is available in many major bookshops, including Kinokuniya Dubai Mall. The book’s launch is at Kinokunya this Friday at 5pm. Visit Jalal’s company www.insidedubai.ae for more. Follow them on Instagram here. 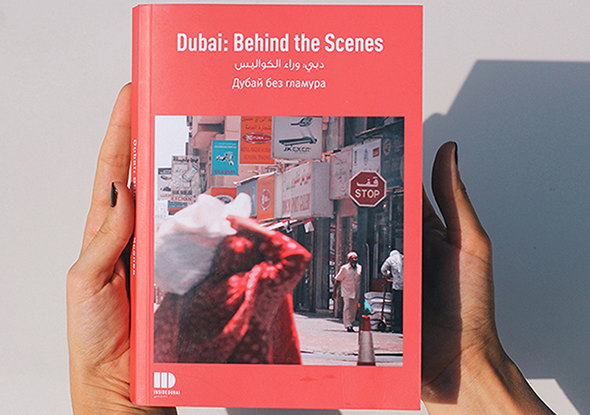