New Yorker and all-round legend Dennis Ferrer is landing in Dubai – here’s why you should go see him.

When someone finally comes to pen the definitive history of house music there will be a chapter devoted to Dennis Ferrer. Since his earliest forays into dance music over 20 years ago, this New York DJ and producer has remained a soulful shining light.

His name might not be as feted as some of his contemporaries’, but Ferrer’s impact upon house music – in all its melodic facets – is undeniable. His work carries with it a righteous zeal: indeed, if you’re looking for a conscience among the oft-superficial glitz and glamour, then Ferrer’s your man.

Moreover, his boundless enthusiasm and love for house music has seen him emerge as a mentor to a new generation of talent in recent years. The Martinez Brothers and Andre Hommen are among those who owe a debt of gratitude to Ferrer. His Objektivity imprint has proved to be another force for good – the grooves emanating from the stable a consistent byword for creativity, innovation and quality.

Which, taken as a whole, means his DJ set at Blue Marlin UAE on January 29 is a must-see. It’s not often you get to watch (and dance to) a master at work, and Ferrer certainly qualifies for that status. What are you waiting for? 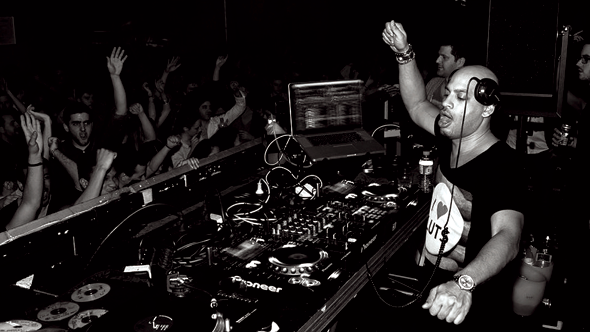 1. Ferrer has released records under the monikers Aurasfere, Jax, The Lost Tribes Of Ibadan and Son Of Raw.

2. He has worked closely with Kerri Chandler – both on DJ mixes and the label Sfere.

Smart, sexy and soulful, How Do I Let Go is a fondly remembered Ferrer 12-inch, not least because of the rousing vocal of the much-missed KT Brooks, who passed away in 2008.

A monster release from 2009. Again manages to effortlessly pull Ferrer’s musical influences into one seamless whole. Pete Tong loved it, stating: “It’s quality from start to finish; it’s a return to the finest virtues of house music.”

A joyous and stirring slice of piano-driven house from 2009. Detroit-esque strings combined with an emblematic gospel vibe to produce one of the most infectious summer smashes from that or any other year. One of Strictly Rhythm’s choicest cuts from recent years.

A tribal groove from 2010 that demonstrated Ferrer can do dark and dirty as well as anyone. The mesmerising vocal hints at post-punk influences too. One to get lost on the dancefloor to.

What: Dennis Ferrer and Magdalena at Blue Marlin Ibiza UAE

Why: The house legend has been responsible for hits like Hey Hey and Sandcastles. You won’t want to miss him doing his thing

Heads up: Joining him behind the decks is German DJ Magdalena, who’s recently signed to Diynamic