My Dubai: Dana Dajani from Floetics

Floetics vocalist, poet, actor and writer Dana Dajani talks to Hype about art, music and why Dubai is a magical place to live.

Where are you from? I’m Palestinian, but I’ve lived in the States, Jordan, Saudi and now Dubai.

When did you come to Dubai? Five years ago. I wanted to promote the performing arts scene here. I did theatre in Chicago, and a lot of it was about the Middle East, but none of the shows were written by Arabs. I wanted to come out here to try and cultivate that.

*MORE: Dubai through the eyes of Butheina Kazim, co-founder of Cinema Akil*

What do you do here? I’m an actor and writer. I don’t do theatre much now, although it’s my passion. I MC at a lot of events, and I’ve ended up cultivating my musical voice through Floetics and another collaboration called Type Two Error.

What is Floetics? Layla Khodjasteh sings, and I do spoken word, and we play with different musicians. We like to call it “a freestyle riff on rhythm and rhyme”. It’s definitely experimental. Some people hear it and think I’m rapping, but it’s definitely poetry. There’s speed to it and rhythm and tempo, and the language is really colourful. 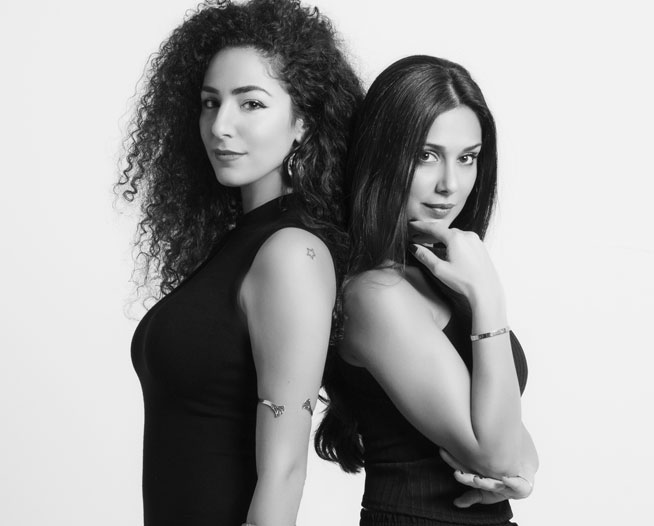 Dana and Layla from Floetics

What inspired you to start it? Layla approached me at Sikka Art Fair in 2012. She wanted to collaborate with a poet; she was originally going to do songs with a guitarist, but we thought we could spice it up and add some poetry.

At first, we did cover songs, but we met another guitarist, Ansar, and started to create original music. We’d take one of my poems, and Ansar would have a melody that had the same vibe, then Layla would improvise on it. We started to play at different spots around town, like The Music Room and The Gramercy, and incorporated two other musicians, Jerry and Julian. At that point we had a guitarist, a vocalist, a lyricist, a bassist and someone on the cajon, or box drum.

Do you have a full-time band then? At the moment, we perform with different people each time. We played a set at the Marina Music Festival with a band called The Lazy Hunters. We’d never played our original tracks with anything more than a guitar, bass and drum, and all of a sudden we had a saxophonist and all these amazingly talented musicians bringing our music alive.

When did you start writing poetry? Poetry kind of came to me. We left Saudi in 2003 because the compound I lived in was bombed and we moved to Kansas. Writing really became a way for me to process this traumatic event, and the big move. 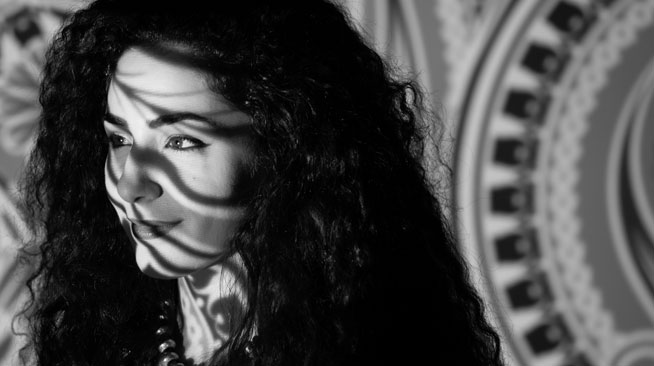 When were you first introduced to spoken word poetry? I started to perform what I was writing when I came here. I was introduced to a group called The Poeticians, one of the poetry groups here.

What made you want to put your poetry to music? I hadn’t done it before Floetics. It’s been an education for me because I don’t come from a musical background. I’ve learned a lot over the past few years. I’ve started to sing, too.

Which poets or writers inspire you? Scroobius Pip. He’s so cool. Kate Tempest’s someone who I really admire, and Akua Naru. And Macklemore. He takes a stand and writes about something other than his lifestyle. I really enjoy that.

What’s been your biggest gig so far? We played a 600/700 person gala accompanied by The Lazy Hunters. That’s been the biggest in terms of the audience. But Layla and I were recognised for our writing. Earlier this year, Maserati and Ermenegildo Zegna published a book called One Of 100 that featured 100 artists and artisans from around the world, people who use their hands, and we were recognised for our writing. That was really cool.

Have you released any material? After we’d played together for a couple of years, we decided to record an album. The album was called Free Flow Live. We just recorded what we had so every track has a different vibe. One’s a reggae track, and one’s a bit more R&B, and I sing on a track called Prohibition. Another one’s a cover – we took Estelle’s song American Boy and performed it as Arabian Boy. 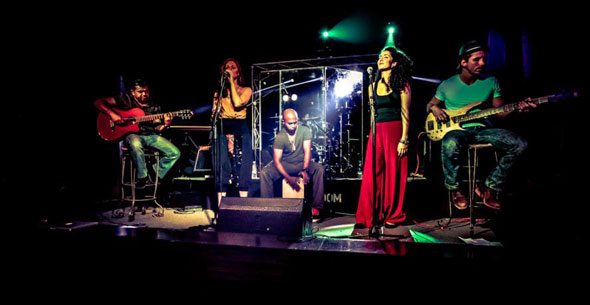 We’re working on a new album that’s a bit more purposeful. We’re also going to be doing a music video soon for Arabian Boy. It’s been on the radio before and it’s the song of ours that gets the most attention.

First impressions of Dubai? When I first arrived, I wasn’t thrilled because there wasn’t a grassroots arts scene. There was a theatre scene, and a comedy scene, which I was involved with before poetry. But I was a bit sad because it’s not this cultural capital where every night of the week you can go see theatre or poetry and be inspired.

Have those impressions changed? Definitely. More and more, you’re seeing creators step out of their day job roles and make music or theatre, or doing stuff with their hands at craft markets. It’s great.

Favourite place to eat in Dubai? I’m a vegetarian so I really like Tashas, in the Galleria by City Walk.

Favourite place to catch up with friends? I’m a fan of Fazza Beach, which is like the Venice Beach of Dubai. People call it Kite Beach, but I know Kite Beach as being further down.

Favourite Dubai-based DJ or band? Aaron Kim, who’s my collaborator in Type Two Error, is just so cool. His sound is really not Dubai. He calls it IDM, which is Intelligent Dance Music, and it’s really different. Also, the 264 Cru is really cool. They do Karak Beats, which is an alternative night in Dubai that I enjoy.

What do you do when you need some ‘me’ time? I travel a lot. When I get away, it’s nice to write poetry.

How would you sell Dubai to someone who has never visited the city? It’s a city of magic because there’s so little lag time here between having a dream and making it happen. And we’re lucky to live in a city where everything’s still being built. Here, your input is really appreciated and acknowledged. You can be part of building a community.

Top tip for getting the most out of Dubai? Go everywhere, show up to events, meet people and try different things.

What’s next for you? I’ve got a book of poems, which I’m excited about. Right now it’s about 12 or 13 epic poems. By epic, I mean that they’d take seven to ten minutes when performed. Hopefully, it’ll be out before summer.

Art
Culture
Nightlife
EDITOR’S PICKS
Exclusive Reveal: Topgolf Dubai is here and ready for action
READ MORE
65 of the best outdoor bars and terraces in Dubai
READ MORE
7 brilliant dining deals in Dubai this month
READ MORE
18 of Dubai's most Instagrammable breakfast spots
READ MORE
MOST POPULAR
Did you feel it? Minor earthquake tremors felt by UAE residents
The stunning Hermès Carré Club is now open in Alserkal Avenue
Pics of the week: Your best photos of the UAE
Watch: A look inside Conor McGregor's Dhs20,000 per night Dubai villa
Discover the art of yoga at Louvre Abu Dhabi
YOU SHOULD CHECK OUT
Our website uses cookies and other similar technologies to improve our site and your online experience. By continuing to use our website you consent to cookies being used. Read our privacy policy here.