One-fifth of the world's 'supertall' buildings are in Dubai

There are 100 ‘supertall’ buildings in the world, and one-fifth of them stand proud in Dubai.

This is according to a new report by the Council on Tall Buildings and Urban Habitat, which has listed the globe’s completed towers that qualify as supertall, meaning they stand at 300 metres or higher. To put that height into perspective, the Burj Khalifa is 830 metres tall.

Of the 100 supertall towers around in the world, there are 18 right here in Dubai. The three tallest after the Burj Khalifa are all in Dubai Marina: the Princess Tower is the 17th tallest in the world, 23 Marina is the 20th tallest and Elite Residence is the 25th tallest. 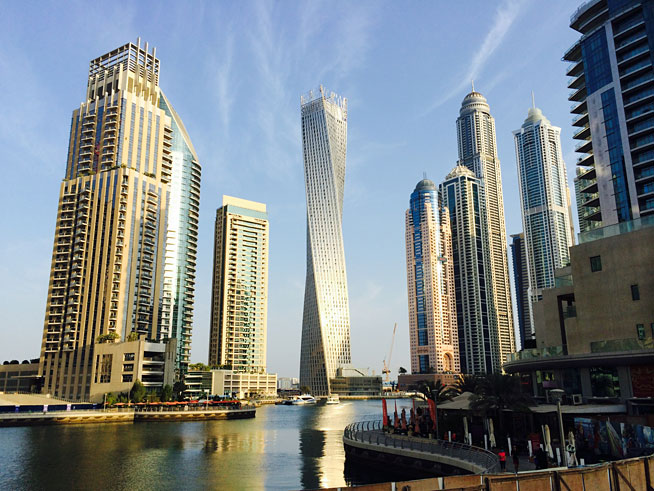 *MORE: Video of the Dream Jump off of the Princess Tower*

Most newer ‘supertall’ buildings are in Asia and the Middle East – while New York is the centre of sky-high skyscrapers in the USA.

There are, of course, more ‘supertall’ buildings planned for Dubai. There are designs for a 711 metre tower in Meydan One, called Dubai One, and work is expected to begin this year on the 700 metre Burj 2020 tower in JLT. Meanwhile, the 100-plus storey Entisar Tower on Sheikh Zayed Road (next to Ascott Park Place) is currently in the early stages of construction. 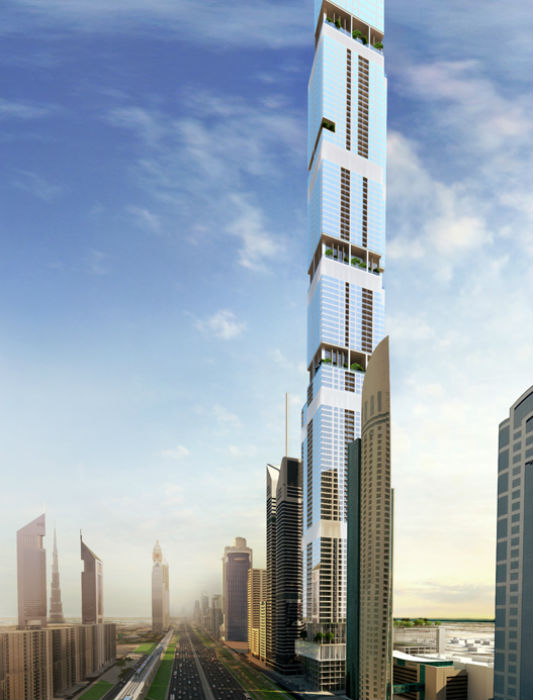 In the region, there is of course the plan for the 1km high Jeddah Tower in Saudi Arabia (formerly known as the Kingdom Tower), it broke ground in 2013 and will stand taller than the Burj Khalifa when completed. 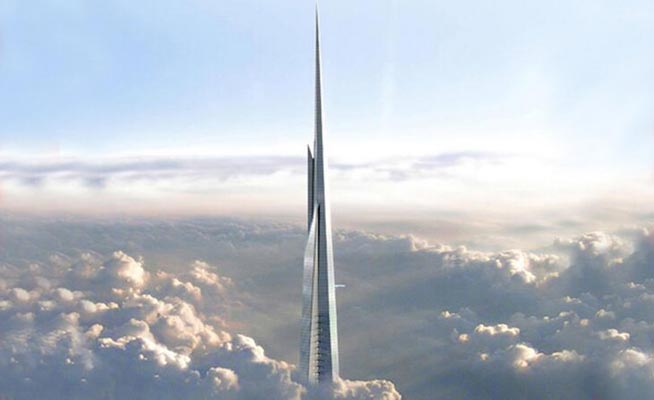 Kingdom Tower will loom over even the Burj Khalifa.

Culture
News
EDITOR’S PICKS
Covid-19 rules in Dubai: all the updates you need to be aware of
READ MORE
9 royal-approved Dubai restaurants
READ MORE
16 of the best beach bars in Dubai for sundowners
READ MORE
Where to get the Covid-19 vaccine in Dubai, Abu Dhabi and across the UAE
READ MORE
MOST POPULAR
Join us for a preview of Fairmont Bab Al Bahr's Valentine's dine around
Abu Dhabi named safest city in the world for fifth year running
Inside one of the coolest new hotels opening in Dubai
Department of Health approves three new rapid Covid-19 tests
Save up to 90 per cent at malls in Dubai this weekend
YOU SHOULD CHECK OUT
Our website uses cookies and other similar technologies to improve our site and your online experience. By continuing to use our website you consent to cookies being used. Read our privacy policy here.