A phenomenal video shows a man being rescued while hanging off the side of The Address hotel Dubai on New Year’s Eve – a glimpse at how hard the first responders worked on the night. 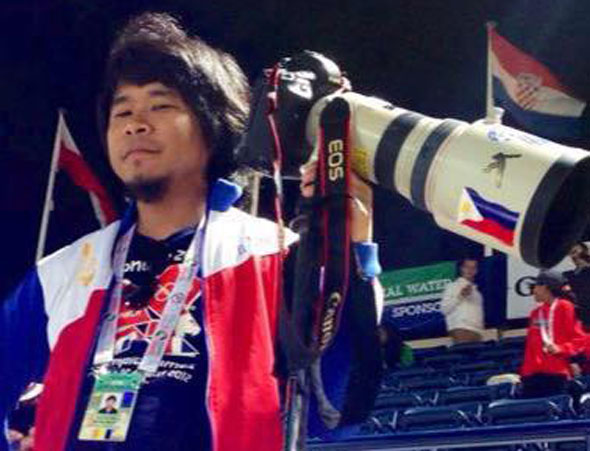 After the fire broke out at around 9.30pm – which is said to have started on the 20th floor – he found himself in a smoke-filled room with no obvious route for escape.

Seeing it as his only option, he then dangled from the 48th storey of the 990-foot-tall building on a window cleaning platform, phoning friends to ask for help.

Then, after almost 90 minutes of clinging for his life outside the building, the video shows a firefighter named Hassan appearing to save him, and helping him off the ledge. Hassan and Dennis then run down 48 storeys of the building to the safety of an ambulance (where you can see another firefighter being treated for smoke inhalation):

Not only is this video a dramatic tale of escape, it’s also a reminder of how the hard work of Dubai’s citizens and residents that turn up as first responders meant there were no deaths on the night despite the fire being truly dramatic and covering almost the entire height of the 63-storey building.

Here’s some more footage of the firefighters at work:

One of the firefighters on the scene was HH Sheikh Mansoor Bin Mohammed Al Maktoum:

Son of Dubai Ruler/UAE PM @SheikhMansoor at the site of the Dubai tower fire. Photo by Ahmed Ramzan of @Gulf_News pic.twitter.com/GBs38QdzVo

His Highness Sheikh Mohammed bin Rashid Al Maktoum, Vice President and Prime Minister and Ruler of Dubai, visited the site of the fire yesterday to inspect the area as well as to thank emergency services for their hard work – which continued well into the New Year, with the fire still slowly burning on January 1st. 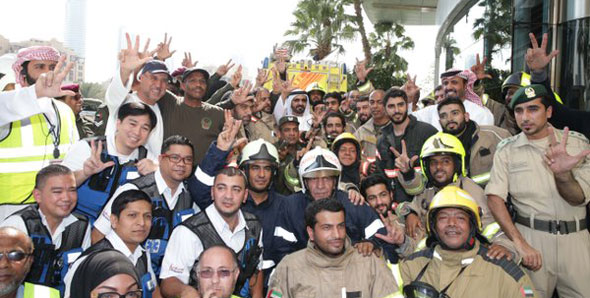 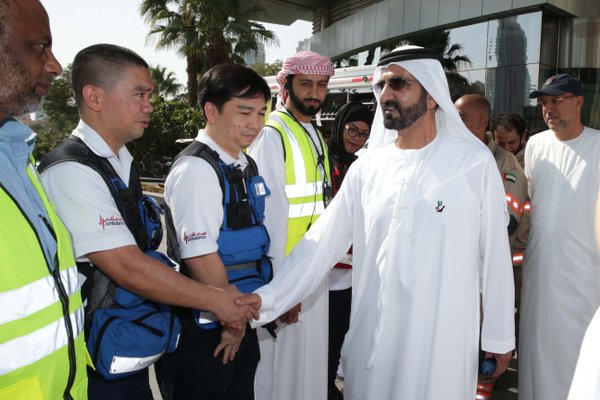 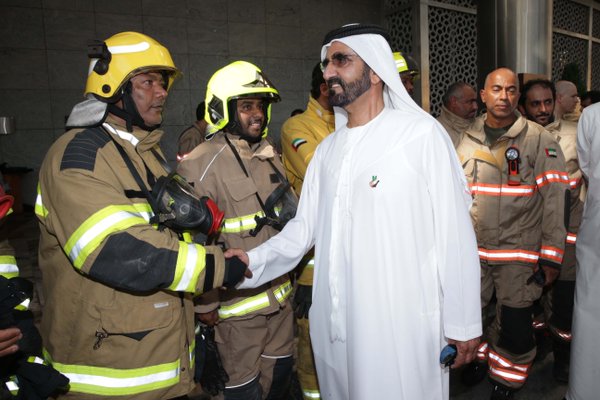 Here’s a photo from the Emirates News Agency that shows the five-star hotel’s lobby once the cooling of the building was complete: 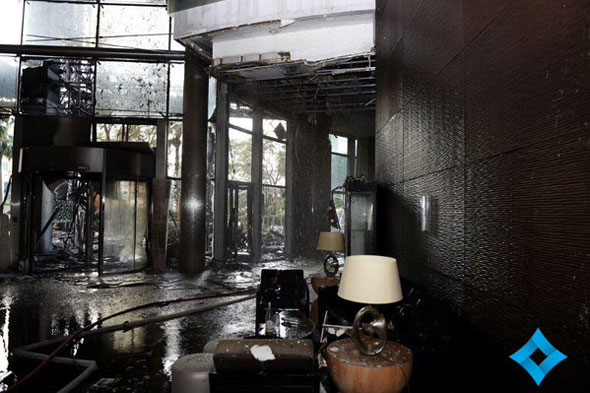 Also, the Burj Khalifa was lit in bright white light on the night to help firefighters with their work, and to aid people’s safe evacuation:

Stay safe Dubai, here’s hoping our firefighters don’t see another challenge like this in 2016.