A huge highway that will help connect Abu Dhabi to Dubai is 70 per cent complete.

An eight-lane expressway that will help divert traffic from Sheikh Zayed Road and will help to connect Abu Dhabi, Dubai and the northern emirates is 70 per cent complete according to the Abu Dhabi General Services.

The highway (pictured above) will cost Dhs2.1 billion to build and will be complete by the end of the year.

*READ MORE: Dubai to Abu Dhabi in 15 minutes*
*IN OTHER NEWS: Al Wasl and Jumeirah Road soon to be one way*

It will cover a distance of 62 kilometres and will be able to take up to 7,000 vehicles per hour, with one of its primary goals being to reduce current congestion and accidents on Sheikh Zayed Road (E11).

It is an extension of Mohammed Bin Zayed Road (which currently ends at the Seih Shuaib area near the Dubai-Abu Dhabi border). With four lanes each way, it will also include six bridges and six underground passes. 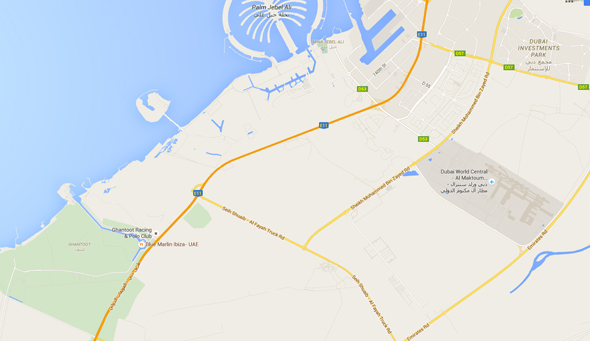 The new road will run from Sheikh Mohammed Bin Zayed Road inland toward Sweihan Interchange. It will pass through Al Maha Forest, Kizad, Al Ajban Road and Zayed Military City to Sweihan Road. There will be an exit to connect vehicles to the Abu Dhabi-Al Ain Road (E22) too. 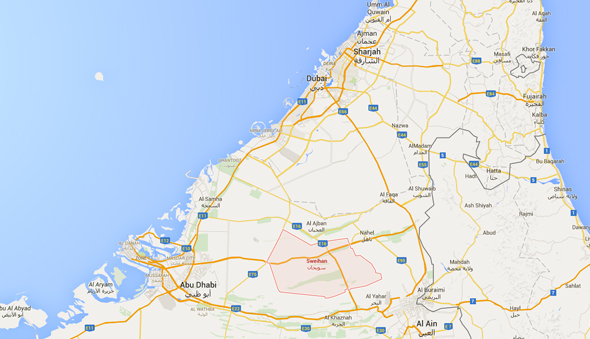 “The new highway will relieve the traffic pressure on the current Abu Dhabi-Dubai Road, bring down the number of accidents, connect Khalifa Port and Industrial Zone with the current and future road network,” said Faisal Ahmed Al Suwaidi, Director-General of Highways at the Department of Transport.

But there are future plans for the road too:  “When complete, the project will form part of an additional road linking Abu Dhabi with Dubai and the Northern Emirates,” he added.

News
EDITOR’S PICKS
Exclusive Reveal: Topgolf Dubai is here and ready for action
READ MORE
65 of the best outdoor bars and terraces in Dubai
READ MORE
7 brilliant dining deals in Dubai this month
READ MORE
18 of Dubai's most Instagrammable breakfast spots
READ MORE
MOST POPULAR
Enjoy savings on organic wine and free delivery from African & Eastern Direct
The best restaurants at The Pointe with Palm Fountain views
Tough Mudder returns to the UAE this February
This family staycation includes daily tickets to Dubai's top attractions
Britain's Got Talent's hilarious improv troupe to perform in Dubai
YOU SHOULD CHECK OUT
Our website uses cookies and other similar technologies to improve our site and your online experience. By continuing to use our website you consent to cookies being used. Read our privacy policy here.