In pics: The celebrities spotted in the UAE this week

With the Dubai Duty Free Tennis Championships going on at the moment, we felt it’d be cheating to throw in too many tennis players into this week’s round-up (so we just popped in the most famous of them all). But actually there’s been a real mix of people passing through the city this week, from DJs to royalty, to athletes and Bollywood stars.

You might not know about him, but your kids definitely will. He was voted the world’s best DJ in both 2013 and 2014 by DJ Magazine, and seeks to live up to that title with his latest tour I AM HARDWELL, which stopped by Meydan last week. 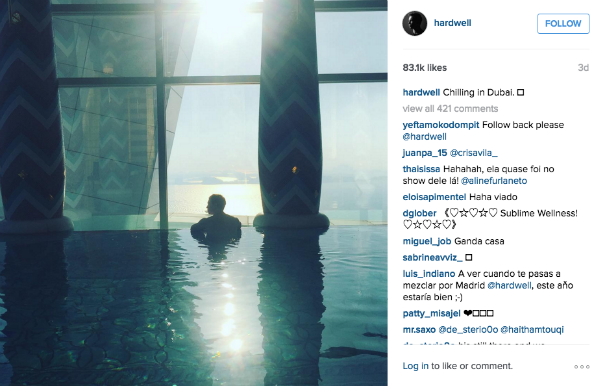 The famous British football team are paying a visit to the emirate to take part in the Emirates FA Cup.

Serbian pro tennis player and number one men’s singles player in the world Djokovic is seen at Wild Wadi, showing us all that you’re never too old for water parks. 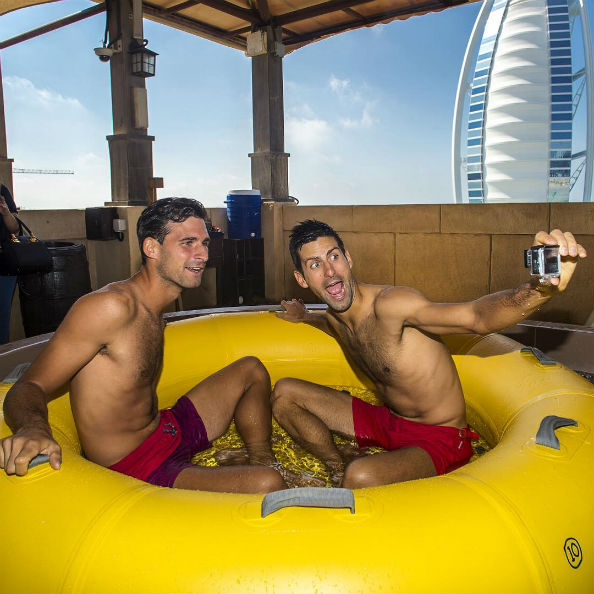 One of India’s most successful fashion designers, Malhotra is known for decking out some of the most famous ladies in Bollywood. He was spotted last week spending some downtime at the Ritz Carlton in Abu Dhabi. 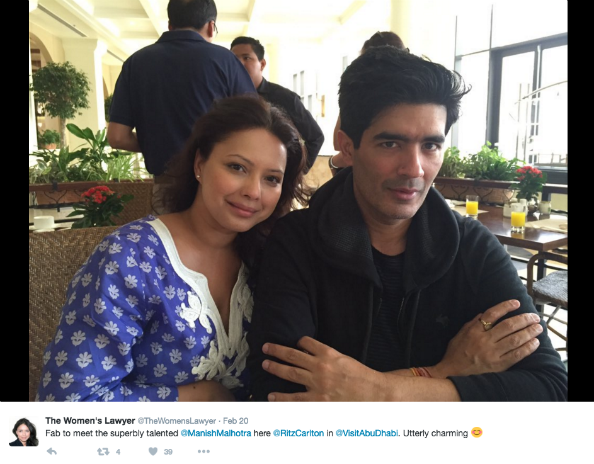 One of the world’s most influential fashion and portrait photographers, Mario Testino was at d3 to launch Heat, an exhibition featuring his work from over the past 35 years. 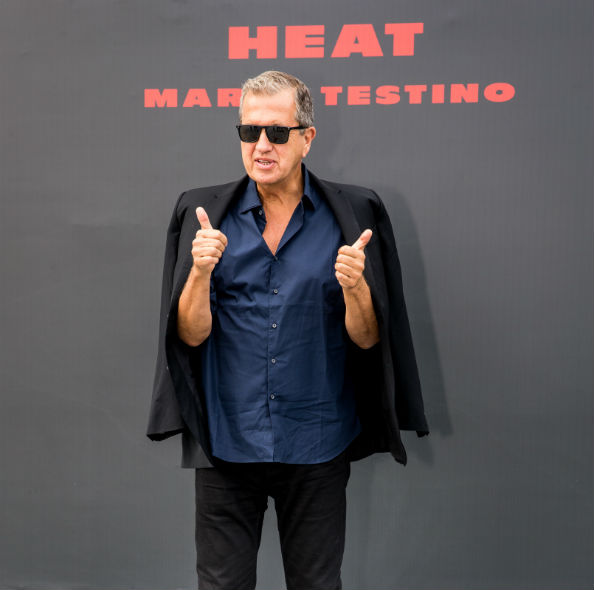 The Queen herself was down at The Global Women Forum alongside Sheikh Hamdan bin Mohammed bin Rashid Al Maktoum, Crown Prince of Dubai and Mona Al Marri, the Chairperson of Dubai Women’s Establishment. 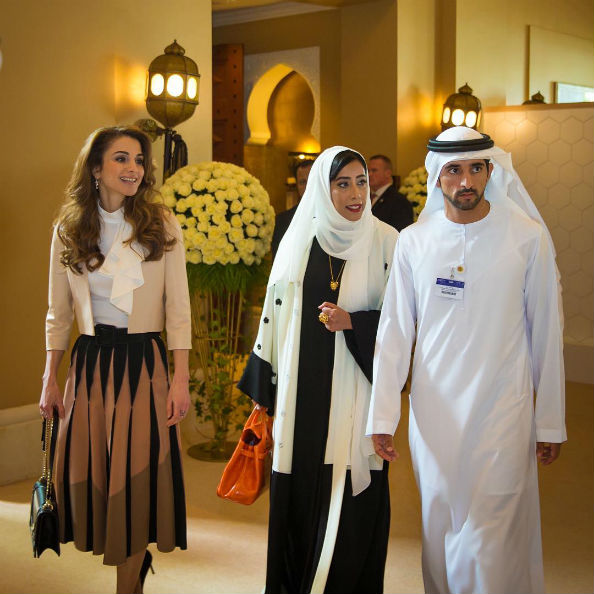 Pro rally driver and co-founder of DC shoes Ken Block was in Dubai filming a stunt video. His ‘Gymkhana’ video series are some of the most-viewed viral car videos on the web, and it seems he’s brought his trademark car-craziness to Dubai for his latest vid. 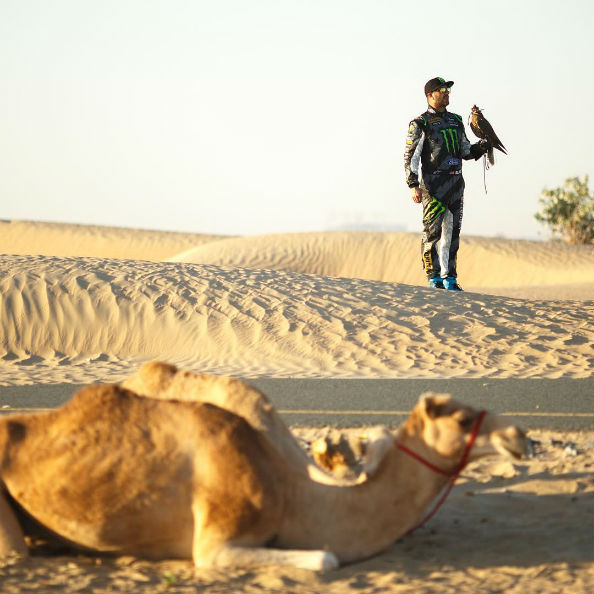 Indian singer, composer, performer and songwriter Mika Singh stopped by Abu Dhabi to attend one of his friend’s weddings. 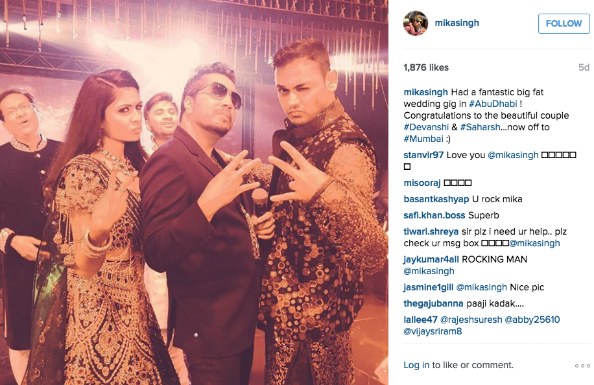 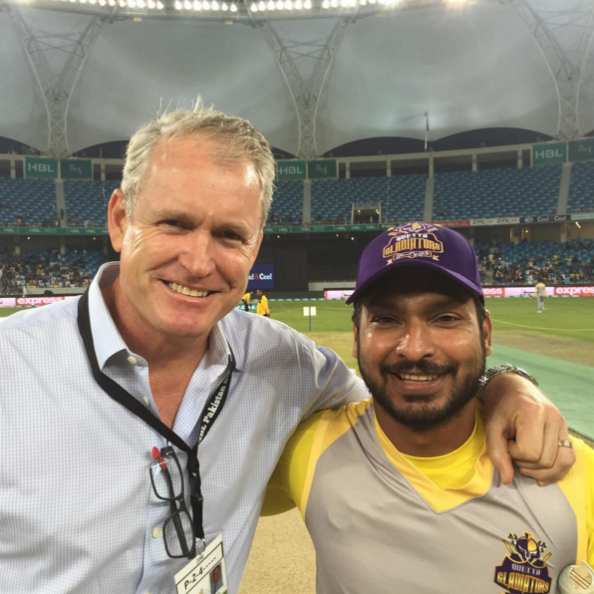 News
EDITOR’S PICKS
13 Sheikh Hamdan-approved restaurants in Dubai
READ MORE
Dubai brunches temporarily banned in new preventative measures
READ MORE
12 upcoming Dubai mega-projects we can't wait for
READ MORE
16 of the best beach bars in Dubai for sundowners
READ MORE
MOST POPULAR
Cats, robots and motorbikes: 3 of Dubai's quirkiest cafes
Win! Dhs500 to spend at Cloud Restaurant & Lounge
Fireworks return to Global Village for the final weeks of Jubilee Season
Emirates Economy Class customers can now purchase adjoining seats
The views at Louvre Abu Dhabi's new terrace bar are pure art
YOU SHOULD CHECK OUT
Our website uses cookies and other similar technologies to improve our site and your online experience. By continuing to use our website you consent to cookies being used. Read our privacy policy here.