Dubai's going to get a new suburb, this is what it will look like

Meet District One. No, it’s not a Hunger Games prequel, it’s an under-construction suburb that will add another feather to Dubai’s cap.

District One will be a community of very luxury villas that are being developed by Meydan Sobha. It’s part of the also-under-development Mohammed Bin Rashid Al Maktoum City (which is near Meydan): it will feature the largest manmade waterway in the world, aka the ‘Crystal Lagoon’, as well as 600 acres of green space and retail along a boardwalk.

All of this is just four kilometres from the Burj Khalifa.

One part of the project has already been delivered, that’s the 8.4 km District One Cycling and Running Track that is already open to the public.

*MORE: What the Dubai Canal project will bring to the city when complete*

When finished, the Dhs25bn District One development will be spread across 45 million square feet in total.

Unfortunately, The Crystal Lagoon will only be available to residents (super exclusive), but those who live there will be able to swim, paddle board and kayak in the clean water – it is anticipated to be ready by the end of the year. (We’re now frantically trying to befriend someone who will live there.) 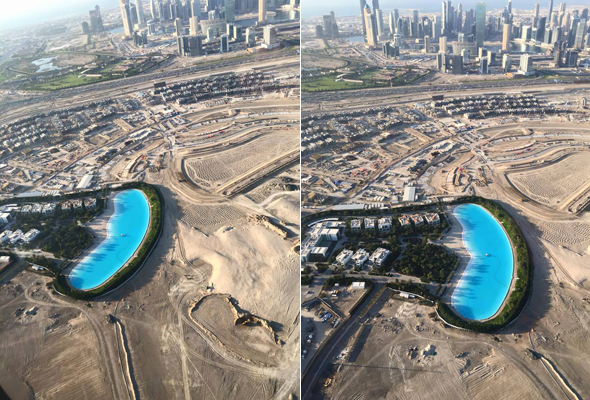 Here’s an aerial view of what looks to be the Crystal Lagoon that was posted on the District One Facebook page last week.

Two phases of District One have already sold out, but today Meydan Sobha have launched the third phase for sale – this includes 217 four, five and six bedroom freehold villas. We haven’t seen exact pricing details (but they’ll definitely be hefty). Handover of the villas to owners of phase one and two will begin in the middle of this year, and handover of phase three will be in 2018.

*MORE: Meydan One – Dubai’s most ambitious project ever?*

Here’s a map to give you some more context on where District One will be: 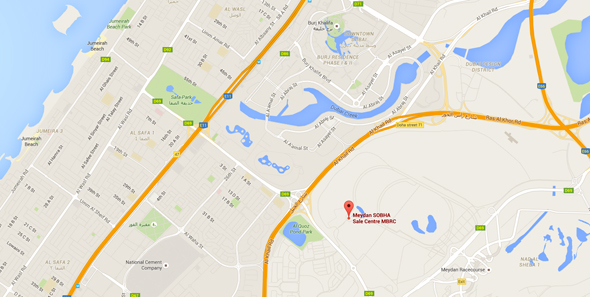 District One will also be right next door to Meydan One, another huge development that is set to have the world’s tallest residential tower, the tallest observation deck, the longest indoor ski slope and the largest dancing fountain.

Here’s what some of the villas at District One look like: 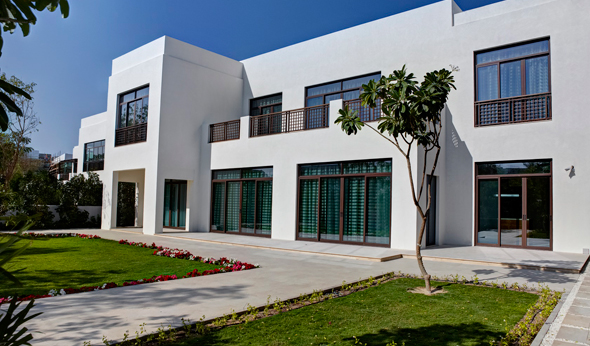 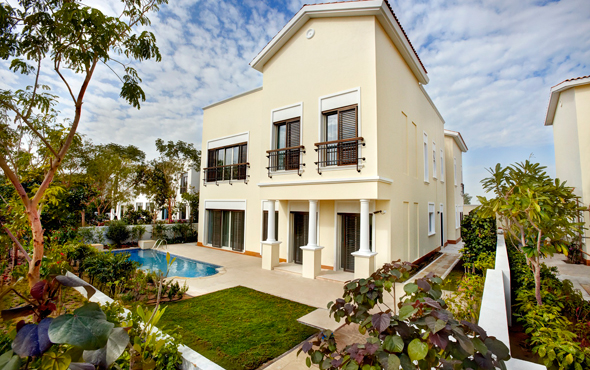 And here’s a time lapse showing the construction progress on Phase One:

In other good real estate news, at a press conference about District One today, the team behind Meydan Sobha said they plan to develop affordable housing in the future (we’re always happy to hear that).

News
Tech
EDITOR’S PICKS
13 Sheikh Hamdan-approved restaurants in Dubai
READ MORE
Dubai brunches temporarily banned in new preventative measures
READ MORE
12 upcoming Dubai mega-projects we can't wait for
READ MORE
16 of the best beach bars in Dubai for sundowners
READ MORE
MOST POPULAR
Hard hitting drama 'Betrayal' by Harold Pinter is coming to Dubai in April
This new spa deal for ladies includes a 3-course lunch and beach access
Dubai’s first festival for eco-citizens takes place this week
News: What’s On expands into Saudi Arabia
Get Dhs200 La Mer dining credit when you book this Dhs399 staycation
YOU SHOULD CHECK OUT
Our website uses cookies and other similar technologies to improve our site and your online experience. By continuing to use our website you consent to cookies being used. Read our privacy policy here.