This is an exhibition you need to see: the new MB&F MAD Gallery on Alserkal Avenue and its funky kinetic art pieces are playing around with everything we thought we knew about art.

The gallery’s name, ‘MAD’, actually stands for Mechanical Art Devices, but there’s definitely a touch of insanity about one or two of the devices on show.

The space shows off weird and wonderful mechanical creations by artists from across the world, as well as a select few quirky high-end watches (or ‘horological machines’) from the luxury Swiss watch manufacturer MB&F.

“I find that I’m rarely in awe of anything nowadays,” said Maximilian Büsser, MB&F owner and gallery curator. “Everything in here is something that has made me go ‘oh wow’”.

“Anyone remember Back To The Future 2? This is the original hover board,” explains Maximilian Büsser. While he’s exaggerating a bit (for one, we definitely weren’t allowed to stand on it), this gravity-defying art piece is still very cool.

Hand this in to your science teacher and you’re bound to get an A. 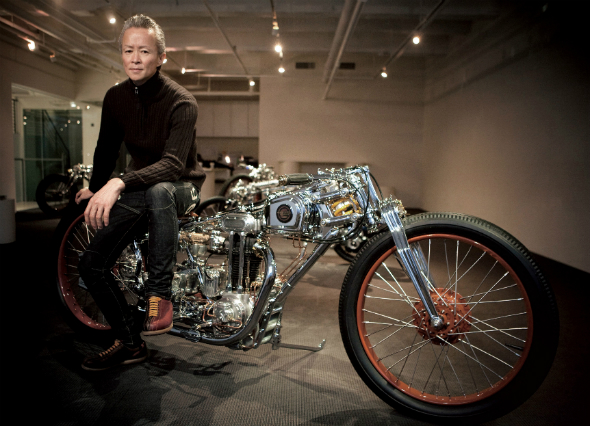 For the last 20 years he’s collected vintage engines and then handcrafted the bikes around them, painstakingly creating each of the 500-or-so components himself.

These are true labours of love, each one taking about 7,000 hours to finish, which will explain why one of them, the Chicara Art Three, will set you back Dhs1,732,000.

These bikes are strictly art though, so best avoid driving them down Sheikh Zayed Road.

This is the manliest music box you’ll ever find and, no, it’s no coincidence that it looks uncannily like a Star Wars tie fighter.

For this, the MusicMachine 3, MB&F worked with a violin maker as well as Swiss music box experts Reuge to create this chromed-out wind-up music box. It is inspired by gallery founder Büsser’s love of epic film music.

Each cylinder has thousands of steel picks that were individually inserted, and once the cranks are turned, the theme songs from Star Wars, Mission Impossible and James Bond sonically appear. 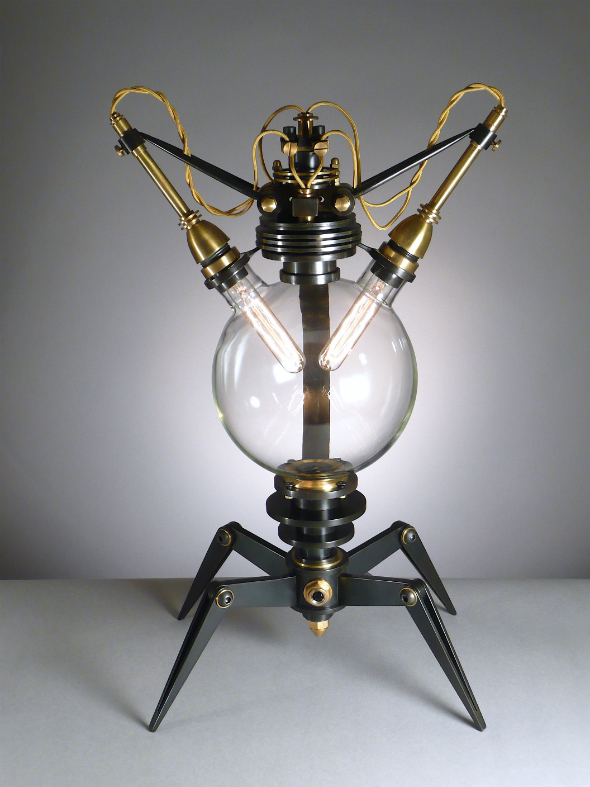 Is it just us or do these lamps look like something straight out of War of the Worlds?

Berlin-based artist Frank Buchwald worked for years as a science-fiction illustrator in the pre-digital age. Once computers were introduced, he chose to turn his art and passion to handcrafting these lamps, of which he only makes three or four a year.

His sci-fi past would explain why many of his lamps look a little like they might up and crawl straight out of the room.

It’s hard to look at Fingers Mk III and not be reminded of Thing from The Addams Family. Luckily this hand runs strictly on motors which, when switched on, make the unnervingly realistic fingers drum impatiently on the surface.

Created by Nik Ramage from the British-Dutch collaboration Laikingland. The hand is apparently a replica of Ramage’s own, perhaps tapping fingers is an annoying habit of his.

Art
Culture
News
EDITOR’S PICKS
What’s On Nightlife Awards 2021: Here are the nominees...
READ MORE
It's back! What's On Lock In returns to Media One Hotel
READ MORE
Arts and culture: 5 spots we can't wait to visit at Expo 2020 Dubai
READ MORE
UAE petrol prices are set to decrease in September 2021
READ MORE
MOST POPULAR
As of September 19, PCR test not required to enter Abu Dhabi from UAE
This new family-friendly brunch includes free cinema tickets
Pics of the week: Your best photos of the UAE
How to use Playkey.me, the region's first supercharged cloud gaming service
The Mai Dubai half marathon is back in October
YOU SHOULD CHECK OUT
Our website uses cookies and other similar technologies to improve our site and your online experience. By continuing to use our website you consent to cookies being used. Read our privacy policy here.