As rush hour traffic began to build this afternoon, Dubai was shaken by the rattle of thunder and lit up by bolts of lightning.

There’s been the promise of rain all week, and this afternoon the skies have certainly delivered, with rain, thunder, lightning and even hail seen across Dubai.

Waking up to fog on Wednesday morning, most residents expected rain – and the National Centre for Meteorology predicted at least light rain today – but few of us anticipated actual hail.

Here’s an Instagram from the UAE official weather service that shows large balls of hail (ice rain) falling in Sharjah this afternoon (click to play):

Here are actual balls of hail that fell from the Dubai sky: 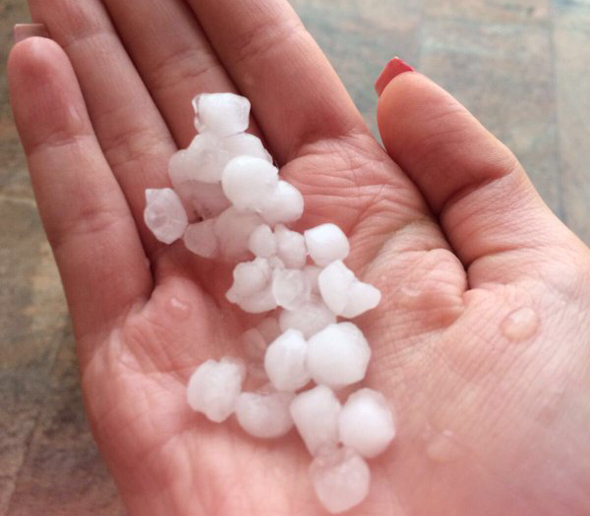 And here’s a video of the moody weather in Dubai:

So what can we expect tonight and tomorrow? Accuweather predicts a cloudy day tomorrow, with risks of showers (but nothing more dramatic). They are also predicting that the skies will clear in Dubai by 10pm tonight. So no, you’re unlikely to be kept awake by a thunderstorm. We’ll keep you updated if this changes.

Here’s some of the social media reaction to thunderstruck Dubai… 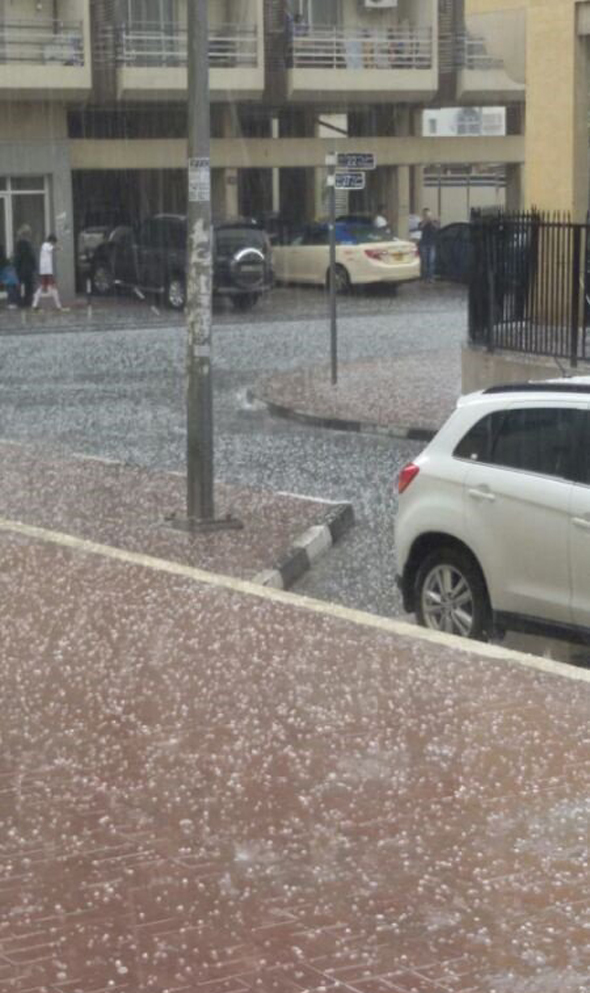 Dubai being lashed by rain and hail right now #notinthebrochure

I remember how it would only drizzle in #Dubai 15 years ago and now this… #hail #weather pic.twitter.com/IKl0qbWknR

I don’t know if you’ve noticed but…
THERE IS HAIL IN #DUBAI!!!

An ultraviolet sunset as thunder and lightening brings an end to a very sunny day! ⛈ #Dubai pic.twitter.com/nUTKrAH9Xg