Rap queen Nicki Minaj is set to perform in Dubai on March 25, and you can get tickets for just Dhs117.

Anaconda singer Nicki Minaj is coming to Dubai next month to promote the opening of a brand new concert venue as part of her Pink Print tour. The Venue, as it’s aptly named, is located at the Dubai Outlet Mall.

If you’re really keen to see her, you can pre-register for tickets at 117live.com, and you should be able to buy tickets before Sunday February 7. General ticket sales begin on Monday February 8 from 10am.

It’s about time she got her own tour date here. The award-winning singer has sold more than 50 million singles and five million albums worldwide, has had more hit on the Billboard Hot 100 Chart than any female rapper in history, and is the third most successful Billboard female artist of all time, just behind Aretha Franklin and Taylor Swift. Respect. 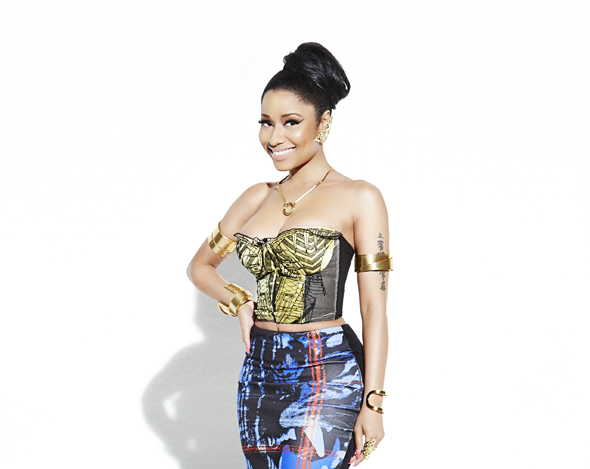 Speaking of Blank Space singer Taylor Swift, Minaj and Swift hit the headlines last year during a brief Twitter spat. But shortly after, they put all that Bad Blood behind them, and performed together at the MTV Video Music Awards 2015.

It won’t be the first time the hip hop star has been in the city, but it will be the first time she’ll be here for her own show. Late last year, she was spotted in People by Crystal at Raffles Hotel, where her fiancé Meek Mill was performing.

Now back to her concert: for a very limited period general admission tickets will be Dhs117. In order to take advantage of this offer, pre register now at www.117live.com. Fans who pre register will receive an email with the link. General sale commences on Monday from 10am. Tickets will be sold on a first come first serve basis.

News
Nightlife
Things to do
EDITOR’S PICKS
So, when is the next UAE public holiday in 2021?
READ MORE
All of the lavish new hotels set to open in Dubai in 2021
READ MORE
16 of the best pool passes in Dubai that are fully redeemable
READ MORE
All of the restaurants at West Beach, Palm Jumeirah
READ MORE
MOST POPULAR
6 great places to enjoy live music in Dubai
Get free access to ERTH's new fitness facility this week
6 fun things to do in Dubai this week: June 20 to 23
6 great things to do in Abu Dhabi this week: June 20 to 23
Louvre Abu Dhabi is launching a paddle-in movie night
YOU SHOULD CHECK OUT
Our website uses cookies and other similar technologies to improve our site and your online experience. By continuing to use our website you consent to cookies being used. Read our privacy policy here.