The Ferrari Enzo that has been gathering dust in a Dubai Police parking lot for over 6 years is still not up for sale according to a recent report from Emarat Al Youm.

The Arabic-language daily reported that an unknown American recently offered Dhs6million for the car (which would have been a good deal for the buyer), but that Dubai Police are not able to sell it on because the car is part of a pursuit by Interpol. The car is also part of an ongoing legal dispute in the UAE.

*IN PICS: 11 of the flashiest supercars ever spotted in Dubai*

The police told Emarat Al Youm that they had many enquires about the car, which they dubbed a “masterpiece”. In fact, they have since moved the car to a location other than their abandoned vehicle lot in order to protect it.

There have only ever been 399 Ferrari Enzos made in the world – and this particular one grabbed the world’s attention back in 2012 when news of the fact it had been abandoned by a Brit living in Dubai spread. 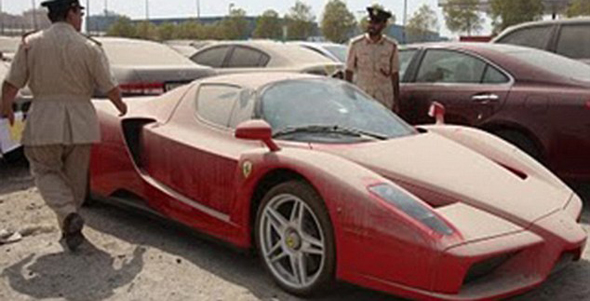 That year The National reported that a pending court case meant the luxury car was not able to be sold at a Dubai Police auction of abandoned cars.

The supercar has a top speed of 347 km per hour and is named after the luxury brand’s founder, Enzo Ferrari.

The first Enzo was built in 2002, and they are said to be so rare that every time one crashes, all of the other Enzos around the world increase in value.

Whether this car will ever be able to go up for auction by Dubai Police is still unknown, but if it ever is, expect some seriously high-rolling bidders.

Here’s what the car should look like when looked after well: 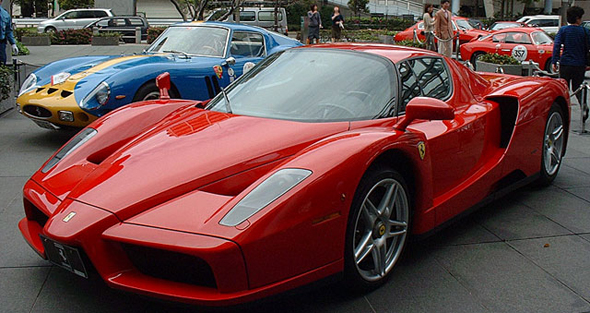