Fans of the addictively dramatic cookery show My Kitchen Rules will recognise Manu Feildel as one half of the show’s judging panel, alongside chef and Paleo advocate Pete Evans.

The French chef is in town for the Dubai Food Festival this month where he and Australia’s finest celebrity chefs – including Australian MasterChef judges George Calombaris and Gary Mehigan – will be cooking up a feast for the public at an exclusive ‘Dine With The Stars’ gala dinner.

So before things really heat up in the kitchen, we chatted to Manu about butter, breakfast and what he really thinks of Pete’s Paleo diet.

First things first, what did you have for breakfast this morning? I had bread, two croissants, vanilla yoghurt and a strong cup of coffee – oh, and a carrot and orange juice for a bit of health.

What’s your favourite meal of the day? Whenever I’m most hungry. Usually I don’t really do breakfast, I go straight to work, but when I stay in hotels I like to take some time at the breakfast buffet. It’s nice to have someone cook for you.

I think my favourite meal is probably dinner actually, that’s when I really have time to sit down with my family and enjoy a meal. 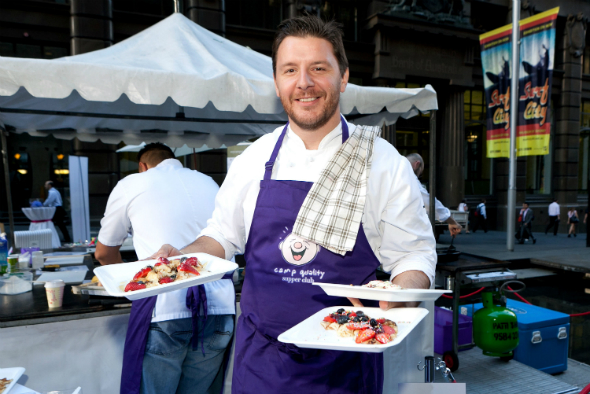 From what you’ve seen what do you make of Dubai? It’s an incredible city. It’s full of life, it’s beautiful, it’s modern and the people are really lovely, very welcoming.

Has the city’s food scene matched your expectations? Knowing that it’s a modern city, I knew there’d be lots of different kinds of food. Everywhere you turn your head there are restaurants offering all types of cuisines. There are the traditional restaurants and then there are Italian, Spanish, Brazilian – you’ve got the whole world in one city.

Where are the best places that you’ve eaten in the city? Unfortunately I haven’t discovered a lot of the restaurants yet as I’ve been filming. But I want to discover more of the traditional Arabic food. I also ate at At.mosphere at the Burj and that was a great time. [Chef] Jerome Lagarde has got amazing food up there – and an amazing view.

Your fellow My Kitchen Rules judge Pete Evans is a massive Paleo fan, right? What do you really think of Paleo and other trending diets? [Awkward laugh] Well, I eat anything I want to eat, that’s my style. Pete’s diet has nothing to do with me, it’s a way of life and it’s his choice. We are different, but that doesn’t mean we can’t be friends.

That was a very sensible answer. But are there any popular diets that you would try? The way I see it is that you’ve got to do everything in moderation. I don’t think there’s anything you shouldn’t eat. Obviously though, if you eat bread all day everyday you’ll put on weight.

Take sugar, of course sugar is the biggest enemy to humans at the moment, but again that doesn’t mean we have to stop eating sugar…just maybe a little less.

You were born in France, trained in the UK and now live in Australia. Where’s the best food? [Laughs] That’s a trick question. There’s good food everywhere. Australia was probably a little late to the food scene, but it’s caught up very quickly with the rest of the world. Then again, there are great restaurants in France and great restaurants in London too, some of the world’s best. But I couldn’t pick one, really.

You have to admit that classic french food is very different to Aussie grub. So what do you love about Australian food? There’s no such thing as Australian food, you know. There are influences from Chinese cooking, Malaysian, Indonesian, Japanese, Spanish and Greek – it’s the food of the world and it’s fantastic. 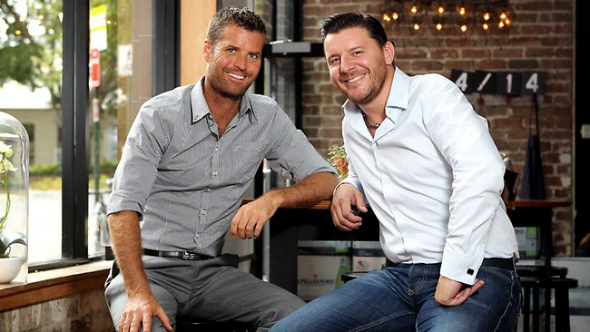 Do you remember the first meal you ever cooked? I used to cook with my mum a lot when I was a kid. We’d cook tarte tatin and a lots of cakes, that’s what I remember.

What’s your go-to comfort food? Well, it depends on the season. In the winter I love a big bowl of soup, crusty bread and butter. But pasta is comfort food for everyone – so a big bowl of pasta with cheese on it.

We hear you’re a big fan of sauces. What sauce would you put on that pasta? [Laughs] apparently so. Well, I love a good carbonara, you know, with bacon, cheese and parmesan, but I think I’d probably go with a Bolognese.

Sounds delicious. What one ingredient would we always find in your cupboard? Butter. I put butter in every recipe I cook. I even have some in the freezer in case I run out.

How do you feel about margarine then? It’s disgusting. I don’t mind cooking with coconut oil when I’m cooking Asian food or a piece of fish, it’s quite nice. But margarine no way, it’s not healthy. It’s not nice.

For more information on the dinner and masterclasses go to dubaifoodfestival.com

Best of
Eat & Drink
News
EDITOR’S PICKS
Exclusive Reveal: Topgolf Dubai is here and ready for action
READ MORE
65 of the best outdoor bars and terraces in Dubai
READ MORE
7 brilliant dining deals in Dubai this month
READ MORE
18 of Dubai's most Instagrammable breakfast spots
READ MORE
MOST POPULAR
Abu Dhabi updates road entry requirements - January 2021
Did you feel it? Minor earthquake tremors felt by UAE residents
The stunning Hermès Carré Club is now open in Alserkal Avenue
Pics of the week: Your best photos of the UAE
Watch: A look inside Conor McGregor's Dhs20,000 per night Dubai villa
YOU SHOULD CHECK OUT
Our website uses cookies and other similar technologies to improve our site and your online experience. By continuing to use our website you consent to cookies being used. Read our privacy policy here.