IN PICTURES: The Sheikhs shake up the Spartan Race

If you’re familiar with Sheikh Hamdan, you’ll know he’s into his extreme sports. Dubai’s most athletic royal has been seen jumping out of planes, off the top of the Burj Khalifa, and it seems in his latest sporty-venture he’s taken part in the grueling Spartan Race.

The race – which was either a 5k sprint or a 13km endurance course (depending on your fitness level) – included over 20 different obstacles ranging from rope climbs and climbing walls to barbed-wire crawls and flaming coal pits. Sheikh Hamdan didn’t come alone though; he was accompanied by his father His Highness Sheikh Mohammed bin Rashid Al Maktoum, Vice-President and Prime Minister of the UAE and Ruler of Dubai.

Here’s a selection of images and videos of Sheikh Hamdan absolutely smashing the course. 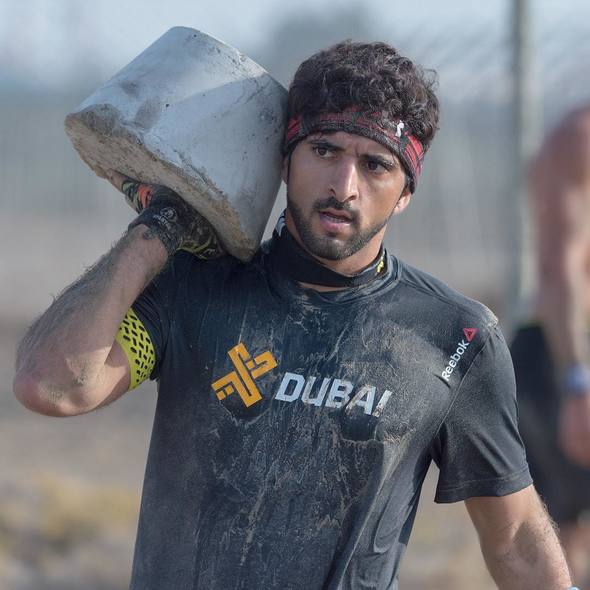 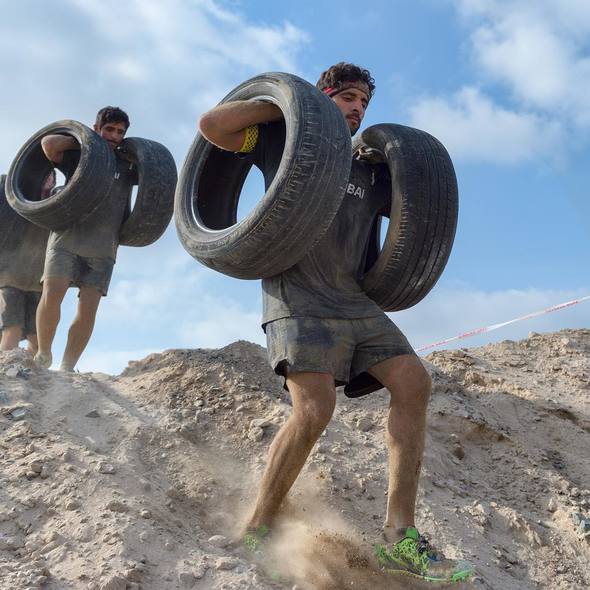 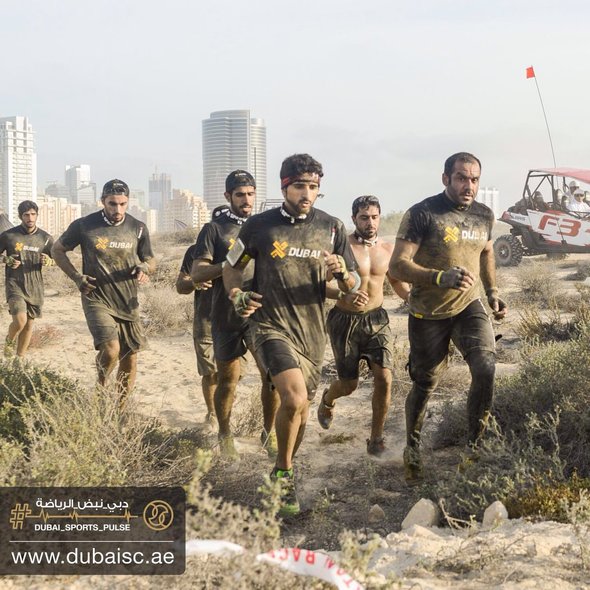 Sheikh Hamdan powering through the race.

*More: 21 Instagrams that prove Sheikh Hamdan is the world’s most athletic royal* 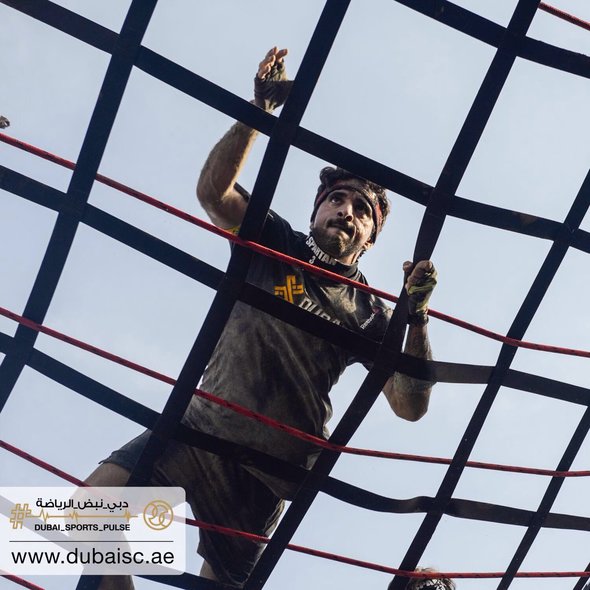 Nothing but net for this royal. 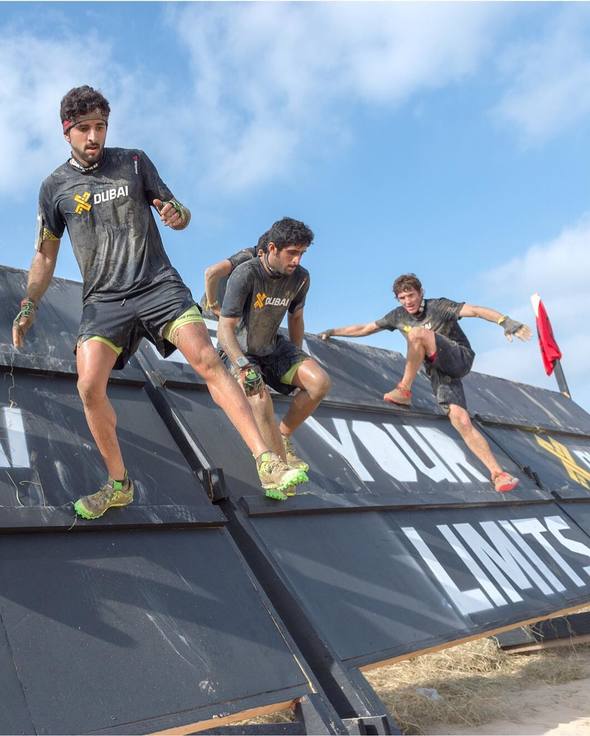 The Crown Prince tackles the wall with ease, while a fellow racer flaunts his dance moves in the background. 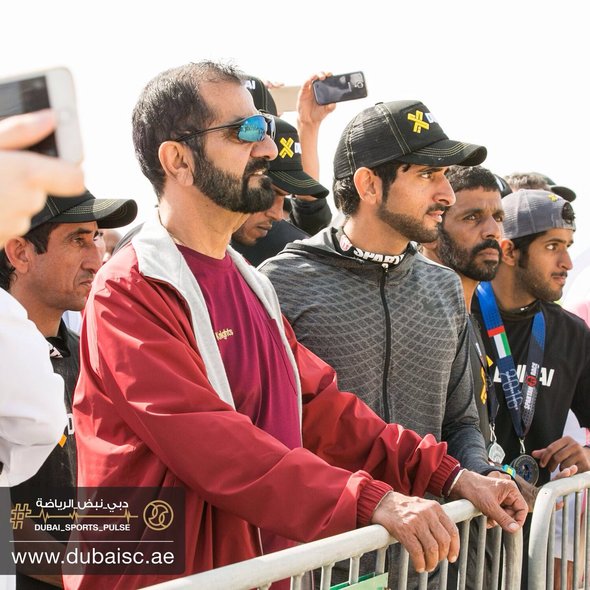 Sheikh Mohammed and Sheikh Hamdan side by side at the race. 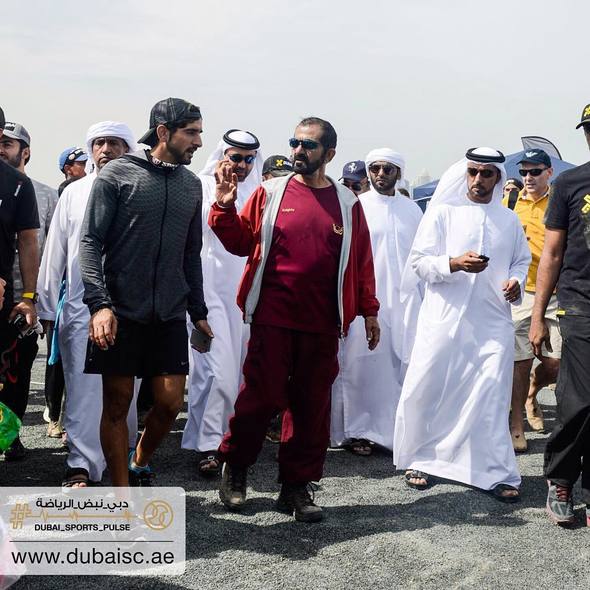 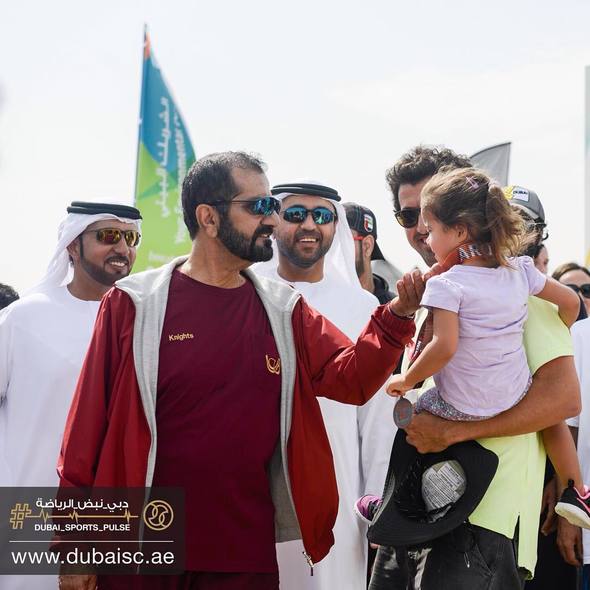 The Ruler of Dubai is always a favourite amongst the crowd. 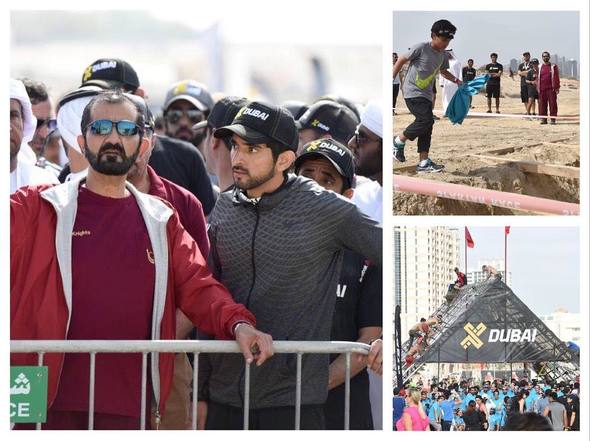 Father and son sharing a moment before the race. 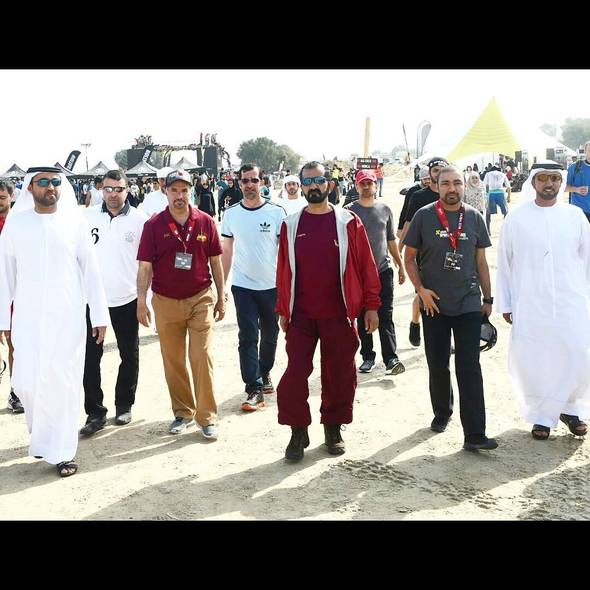 Sheikh Mohammed and his entourage.