Video: The time I tried to eat some of the world's hottest chicken wings

I like spicy food. Well, I thought I did. Which is why I originally thought it a good idea to undertake the Wingsters Initiation Challenge.

The rules were simple: Eat eight chicken wings in four minutes without the aid of water or milk, then endure a five-minute ‘afterburn’. The catch? The sauce on the wings weighs in at 6.4 million units on the Scoville spice scale. For reference, police-grade pepper spray is 5.3 million units.

For the sake of journalism, I signed myself up to the challenge, managing to rope along a buddy of mine in the process. Luckily he didn’t really understand what he’d signed up for until we were sat at Wingsters with two waiver forms to sign in front of us.

It was at this point I began to get a little sweaty-palmed. 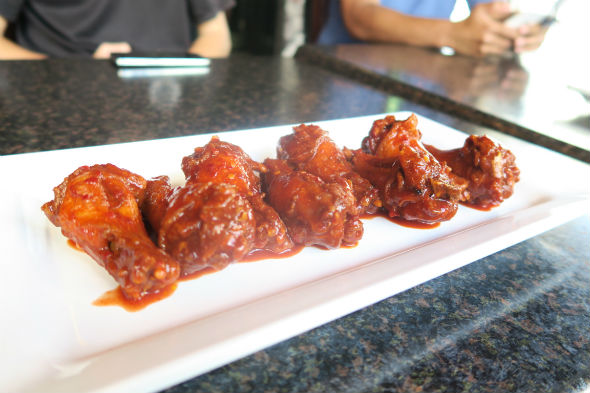 I prodded the chef with questions, searching for a bit of support. Just to be met with, “Man, if I were you, I probably wouldn’t do it. I make the sauce and I don’t even want to try it.” Comforting words.

Not to worry, I came prepared. In my backpack I had brought along an emergency water bottle of milk, Pepto Bismol for the after-effects, and a mouthful’s worth of olive oil in a small bottle – which apparently is what the spice-pros use to coat their stomachs before a challenge.

As the wings came out of the kitchen, we put on our game-faces. We’d both drank the olive oil (wouldn’t recommend), and my emergency milk stood just within arm’s reach.

Despite the wings almost glowing red in colour, they smelled deceptively tasty, and for a moment I thought I’d have the challenge in the bag.

Video: As it happened…

The waitress re-read us the rules of the challenge, and after a brief countdown, we began.

We had to finish one wing every 30 seconds. So without thinking I flew into the first wing. My tactic was to pull off all the meat on the bone, then swallow it in one go. Thanks to the beauty of video, we managed to capture the exact moment I realised what I was up against:

As soon as wing number one went down, hiccups hit. Something I’d read about beforehand that happens when you eat something too spicy. Whatever, I thought, I’ve come too far to slow down now. So I powered through wings two and three.

By the time I got around to wing number four, I was heavily regretting my decision. Although my game face below speaks otherwise (joking): 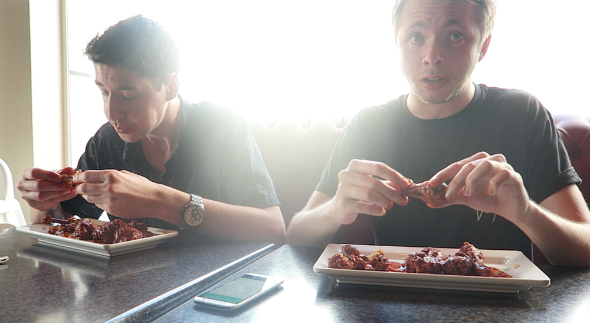 Four was the final straw. There was absolutely no way I was going to finish the challenge within the allotted time limit. And the inability to feel the lower half of my face was distracting me. I threw in the towel, lunged for the emergency milk, then went to go and wash my hands. My friend managed four as well – a valiant effort. Alas, just not enough to carry us through the challenge. 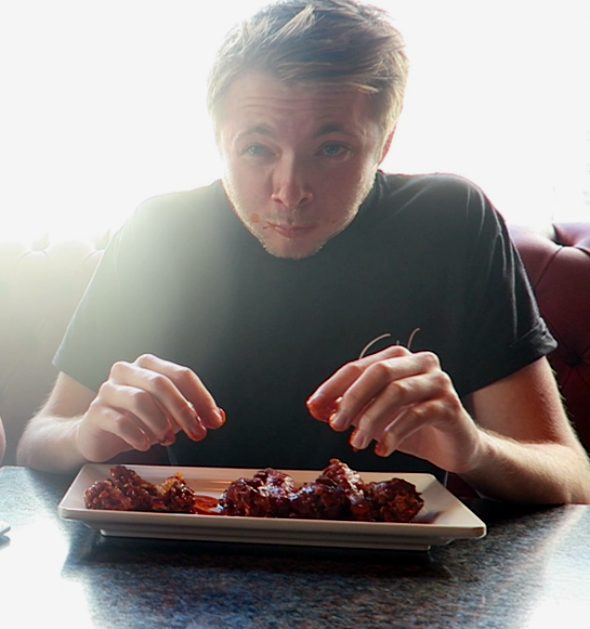 The after-effects were as expected. My friend had a slight problem controlling his facial muscles for a while – oh, and he was shaking, but that’s normal right?

It took a good twenty minutes of milk and ice cream to calm our nervous systems down until we could work ourselves up to thank the chef for nearly committing manslaughter.

We then meandered dizzily out into the Marina, where nobody could’ve possibly understood the trauma we’d just submitted ourselves to. Stomachs noticeably tender.

We spent the next fifteen minutes waddling around with our shirts rolled up, hands planted firmly on our bellies in an effort to stabilise the contents within.

Fast forward five minutes later, my friend looks at me and goes, “I think mine’s trying to work its way back up.”

Like a chicken wing sleeper agent, that phrase must’ve triggered something inside me, and well, you know the drill (that poor, unsuspecting shrub).

I think perhaps it would’ve been less painful to straight-up have had a policeman pepper-spray my open mouth for four minutes. 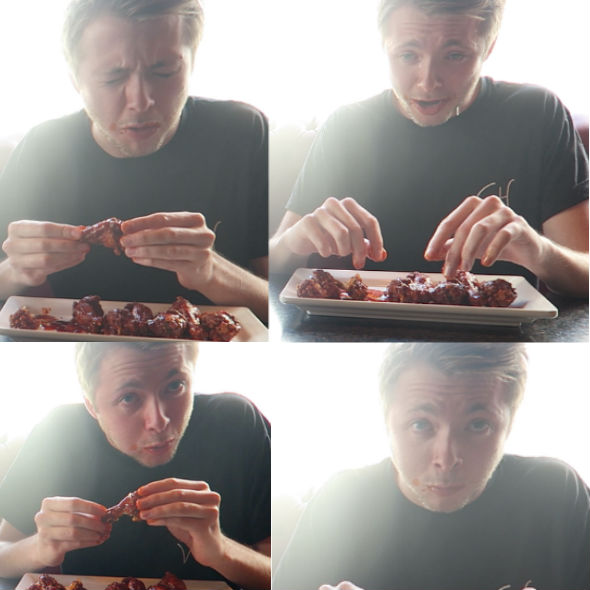 If you do decide to head to Wingsters, we highly recommend practically everything else on the menu (all of which is delicious). However, we recommend that you steer clear of The Initiation challenge. Unless you were born without tastebuds, or have some serious, serious willpower.

Eat & Drink
News
Restaurants
EDITOR’S PICKS
UAE holiday dates announced for National Day
READ MORE
Emirates Dubai 7s is back: Here's why we're excited...
READ MORE
Tennis ace Andy Murray to play at Mubadala World Tennis Championship
READ MORE
UAE 50: Where to watch National Day fireworks in Dubai
READ MORE
MOST POPULAR
UAE confirms its first case of the Omicron variant
Alhosn Green Pass to only be valid for 14 days after negative PCR
20 of the best things to do in Abu Dhabi this long weekend: Part 2
First look: London-loved restaurant The Cinnamon Club opens in Dubai
Check out this amazing display at the world's highest outdoor infinity pool
YOU SHOULD CHECK OUT
Our website uses cookies and other similar technologies to improve our site and your online experience. By continuing to use our website you consent to cookies being used. Read our privacy policy here.