If you were looking for a quick weekend ‘aww’, then you’ve come to the right place.

Four new Gentoo chicks have hatched at Ski Dubai, bringing the total number of penguins in the family there to 28.

Peter, who hatched back in December, was joined by his siblings Litmit, Apple and Pecan in January. The nestlings are currently being doted on by their proud parents, Sneezy and Mr Sim, who’ve been taking it in turns protecting their flock while the Ski Dubai Penguin Team have been monitoring the chicks’ weight, nutrition and progress. 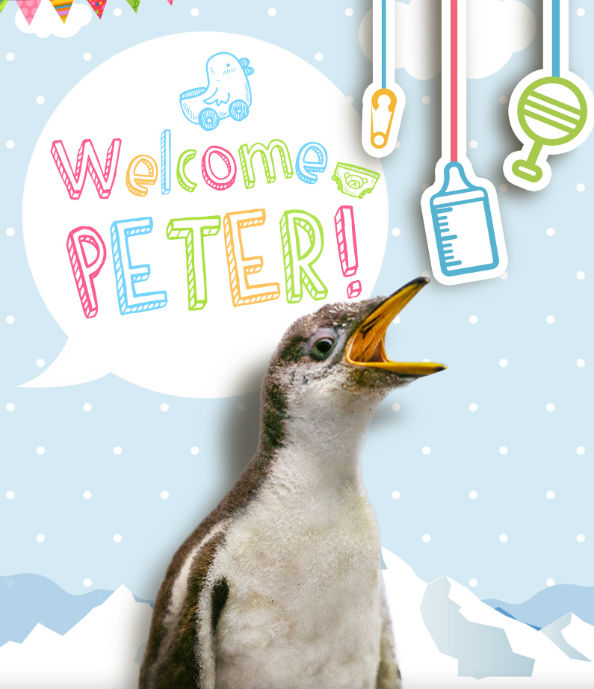 Peter’s gender is still currently unknown, but Ski Dubai are eagerly awaiting the results from a DNA test which is expected within the next few weeks. (But yes, there’s a chance they’ll still have to change Peter’s name though, perhaps Petrina?)

When asked for comment, Peter’s parents Sneezy and Mr Sim said something along the lines of, “Noot noot”, and then slid on their stomachs and into the water.

More…
Footage of a tiger (or liger?) at Ski Dubai
The first animals arrive at Dubai Safari Park

However, Peter Dickinson, Head of Ski Dubai’s Penguin Department, said: “It is our pleasure to confirm that all of our new chicks are happy, healthy and have integrated well into Ski Dubai’s penguin colony. Peter, who is progressing fast, currently weighs around 8kg, and is checked daily to ensure that enough weight is gained, in line with our development measures.

“Peter recently tried swimming for the first time with the adult penguins, which we’re pleased to say was a great success, as this is a very important milestone for any growing penguin chick.”

The new chicks have come along as part of Ski Dubai’s Snow Penguin Breeding Programme, which has flourished since its inception and is respected in the conservation community. When the Penguin Encounter section of Ski Dubai opened up in February 2012, they had just 10 King and 10 Gentoo penguins. Since settling in, Ski Dubai have witnessed multiple pairings between the penguins, and the resort is now home to a total of 28 King and Gentoo penguins, including the new chicks.

News
EDITOR’S PICKS
When is the UAE's next public holiday?
READ MORE
Zanzibar-inspired restaurant Mikoko Hut opens at UAQ mangrove beach
READ MORE
Christmas Day in Dubai: Festive brunches, lunches, roasts and more to book
READ MORE
This magical winter garden is back at Habtoor Palace Dubai
READ MORE
MOST POPULAR
The next Regional Artist Spotlight act is: Tamtam
6 brilliant things to do in Dubai this week: December 5 to 8
Party 75 floors high: A brand new club opens at SLS Dubai
6 awesome things to do in Abu Dhabi this week: Dec 5 to 8
Anantara's luxury resort on The World Islands to open on December 18
YOU SHOULD CHECK OUT
Our website uses cookies and other similar technologies to improve our site and your online experience. By continuing to use our website you consent to cookies being used. Read our privacy policy here.