The world’s richest horse race returns to Meydan tomorrow. Here’s how to make the most of the Dubai World Cup.

Each day of the season has six or seven races, including the final event tomorrow. If you fancy your chances at being able to pick a winner, try the Pick 6 competition; entry is free and you can win cash prizes. Geek out on the competitors by checking the form guides in the newspapers and on their race cards. 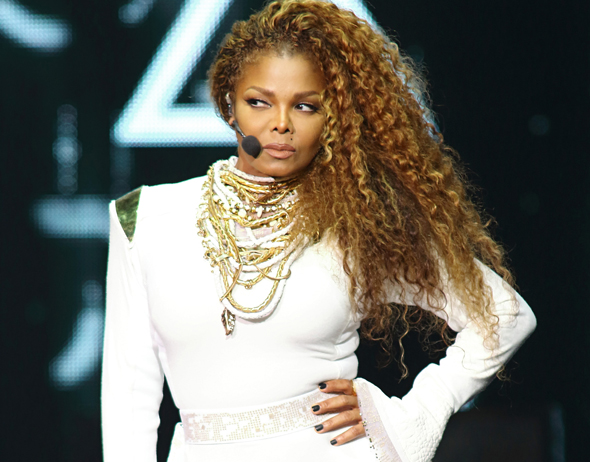 She’s a Grammy-award winning multi-platinum selling singer songwriter, her 2015 album Unbreakable became her seventh US number one and now the mega superstar Janet Jackson will be playing live at Dubai World Cup.

Here’s the title track from her latest album:

Following on from Kylie Minogue last year and Jennifer Lopez in 2014, the Scream singer will be taking to the stage on March 26, just days before she kicks off the European leg of her Unbreakable World Tour. 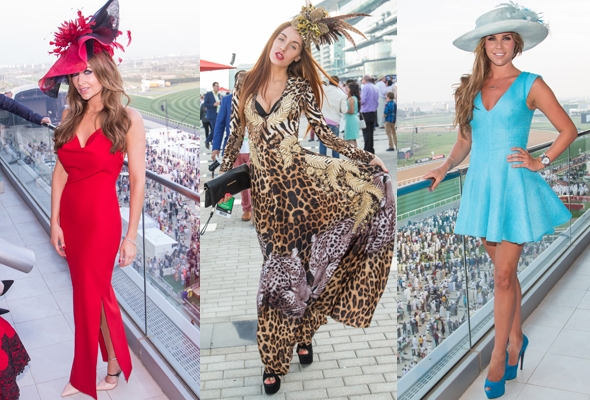 Forget understated elegance – the Dubai World Cup is not the time for a less-is-more approach to fashion. Men and women alike tend to bring out the big guns for this event. And by that we mean hats, with everything from oversized fascinators to crowd-parting trilbies likely to make an appearance. 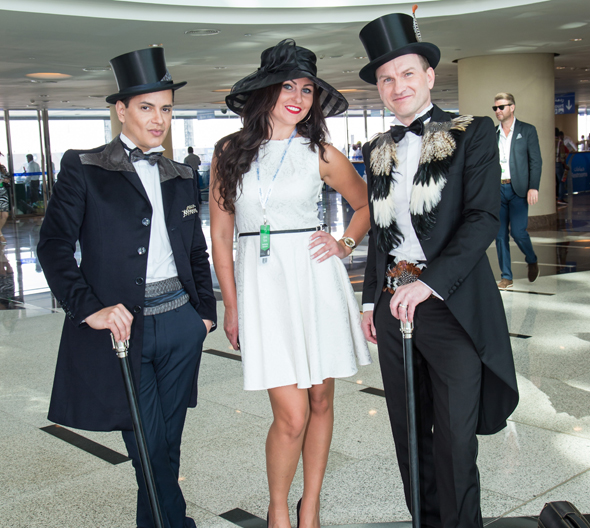 Sharp suits, high heels and plenty of bling are the order of the day as the crowd competes for a prize in the Jaguar Style Stakes, a fashion face-off hosted in the Apron Views that awards prizes to the best dressed men, women and couples, and even to the most creative hat. Even if you’re not competing in the style stakes, keep in mind that casualwear is a no-no, and shorts, jeans, and flip-flops aren’t allowed in the Meydan Grandstand at all. 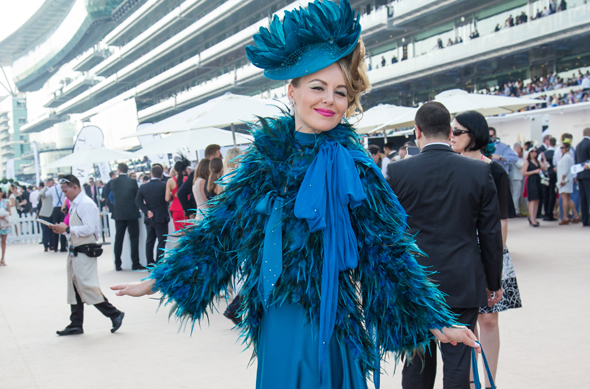 General admission grandstand tickets are Dhs25 on Dubai World Cup Day. But to truly experience the best of the World Cup, you’ll want to book your seat in the Apron Views (Dhs450), situated between the tracks and the Meydan Grand Stand. It might not be the flashest ticket on offer (that would be the Cigar Suite, which is purely for those who have at least Dhs4,750 going spare), but it’s definitely got the liveliest atmosphere of the lot, with plenty of food and drink options to keep you going all day. 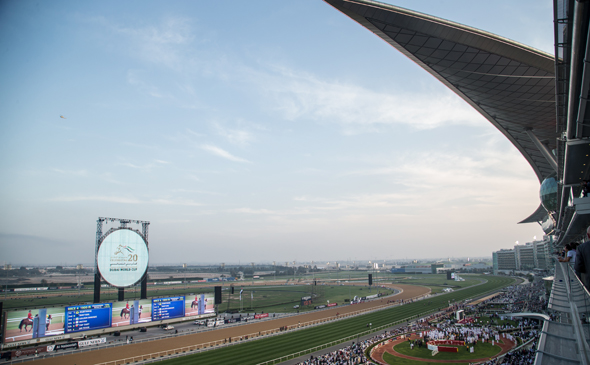 The Apron is also the spot for Breakfast With The Stars (Dhs175, Dhs75 under-12s), where you can watch the World Cup contenders enjoy their morning track warm-up before the event while you tuck into a tasty alfresco buffet. Alternatively, you could opt for the budget-friendly General Admission Ticket (Dhs25).

For the best views of the horses, book a package in the Winners Circle (Dhs3,500), which has grand views of the course and includes a four-hour food and drink package starting with afternoon tea. You also get access to the parade ring, where you can see the horses and jockeys up close.

Children under 12 get free entry to the Grandstand General Admission, even on Dubai World Cup Day, (under-fives should be in a push chair or stroller). Keep in mind, though, that under-fives won’t be allowed in any of the hospitality areas, and that those over five will need a ticket.

News
Sport & Fitness
Things to do
EDITOR’S PICKS
Dubai hotels and restaurants to suspend entertainment until further notice
READ MORE
9 royal-approved Dubai restaurants
READ MORE
16 of the best beach bars in Dubai for sundowners
READ MORE
Where to get the Covid-19 vaccine in Dubai, Abu Dhabi and across the UAE
READ MORE
MOST POPULAR
8 of the best homegrown burger concepts in Dubai
Direct Etihad flights to Qatar from Abu Dhabi are inbound next week
Dubai Health Authority answers your questions regarding the vaccination
Expo Dubai 2020: What’s inside the Sustainability Pavilion?
Sheikh Hamdan launches project to renovate Al Fahidi Fort in Dubai
YOU SHOULD CHECK OUT
Our website uses cookies and other similar technologies to improve our site and your online experience. By continuing to use our website you consent to cookies being used. Read our privacy policy here.