My Dubai: Zain Khan of The Sound Gaarden

We see Dubai through the eyes of Zain Khan, the founder of The Sound Gaarden, a company that helps to bolster and support UAE-based musicians…

Where are you from? Pakistan.

When did you come to Dubai? When I was only three months old, so I’ve been here 24 years now. I went to the States for university, and came back. I went travelling with my girlfriend, and then had an epiphany, and decided to start something here.

And what is that something? It’s The Sound Gaarden [yes, the misspelling is intentional].

What is it? It’s a discovery and hiring platform for local artists and musicians. We try to find gigs for every artist or musician in the city, and try to get them marketed and promoted out into the public sphere of Dubai.

I’ve been here so long that I know there are lots of musicians here, but the general public doesn’t know there’s so much music. I want to bridge that gap between venues wanting musicians and artists wanting to play in venues. I want people to realise that there are real people making real music. 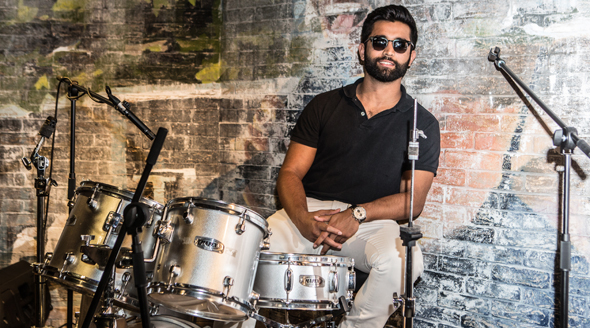 When did you start The Sound Gaarden? It feels like five years, but it’s only been five months! It launched last October and it’s growing every month. I work at Astrolabs, the Google Tech Hub, and everyone there always says, “Never say you’re launched. Say you’re still preparing for launch, so when the eventual day comes, you’ll have the backing of all the customers and artists.”

What inspired you to start it? I play guitar and a lot of my friends are musicians, too. Actually, New Orleans inspired me to start it. Because everywhere you go, there’s great music, and I thought we should have that here. Not just the same commercial stuff over and over again. I decided we needed to show people that there’s actually great music out here.

When I first came back after university, there were only things like Analog Room or Casa Latina. They’re cool and everything, but I thought there must be more to Dubai. Then I met Abbo, who does open mic nights, and all these other musicians, and I realised there’s so much more happening. But they don’t have anywhere to play.

How many artists are involved? Right now, over 50. I just checked a few minutes ago, and two more people have just signed up.

Jay Abo – City LightsWe hope you enjoyed the rain, but we also hope it stops in time for Truckersdxb Food Truck Jam #3 this Saturday. Here is a reminder of what happens at the jam. Imagine Jay Abo singing his original improvised track ‘City Lights’ for us in the pouring rain. Now that’s the dream.

Posted by The Sound Gaarden on Wednesday, March 9, 2016

How did you go about finding these artists? Personal connections. The first artists to sign up were five or six of my good friends. And then I went to every open mic night, talked to people and signed them up.

What’s the biggest thing you’ve learned since starting The Sound Gaarden? To have patience. I’ve learned not to be impatient. You might want to see constant, immediate results, but sometimes it takes a little while.

What was the biggest problem you’ve encountered? There are problems every day. I could tell you 15,000 problems. Licensing, business, cost, you name it – if it’s there, there’s a problem that exists.

Does The Sound Gaarden put on events as well? Eventually, we want to have our own events. At the moment we’re working with the Food Truck Jam, and we did stuff with Quoz Arts Fest, and Amp’d at The Music Room. We have a lot more things in the pipeline but I don’t want to say anything until they’re actually properly confirmed. Once in a while we’ll have our own events, where all our artists can play, collaborate and jam.

How does the situation here in the UAE compare to other places? It’s unique. There are lots of people who understand music here, and a lot of talented musicians, but there’s a gap between the musicians and the general community. Obviously, we’ve got Karak Beats, Freshly Ground Sounds and Abbo’s open mic nights. All these communities exist and they’re very strong, but they’re not big enough. The wider public doesn’t know about them.

Where would you like to see Dubai’s music scene in five years? I’d like to see and hear music here consistently. Right now, it’s very event based. People just want to draw a crowd. Music should be part of the natural fabric of the city, like in New Orleans. You walk anywhere, there’s always going to be music – people playing, marching bands, a blues musician sitting on the street but he’s the best blues musician you’ve ever seen. Music should be free and people allowed to express themselves musically anywhere in the city.

Favourite place to eat in Dubai? I’m going to go old school – Special Ostadi. It’s one of those small restaurants that’s been here for 25 years. It serves Iranian kebabs that are so good. 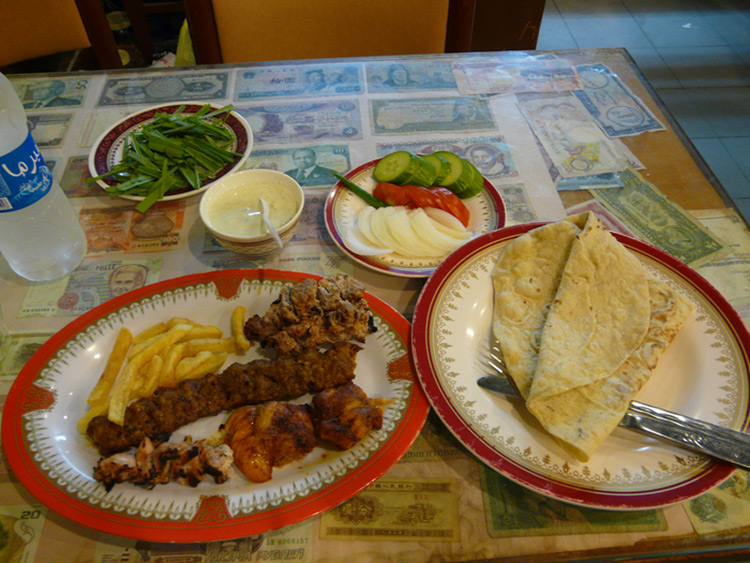 Favourite place to catch up with friends? It’s changed a lot over the years. I don’t really have one particular favourite. We go to Tribeca or Nola a lot or try out new places.

Favourite club or music event in Dubai? I used to love Desert Rock – I saw Muse, Opeth and Machinehead there. Jazz Fest is a close second.

Favourite international DJ or band? There’s an Australian band I’m really into these days – Hiatus Kaiyote. They’re a neo-funk soul band, and I love their music They are fantastic.

What do you do when you need some ‘me’ time? Read. One of the problems with a start-up is that I want to read a lot of fiction, but all I’m doing is reading books about business. It helps with the day-to-day stuff, but you’re not expanding yourself. I want to read Homage To Catalonia, by George Orwell, but it’s just sitting on my bedside table. I play guitar, too. And I like to do stuff outside – nothing indoors.

How would you sell Dubai to someone who has never visited the city? It sells itself, really. But it sells itself in a different way to how people that live here experience it. There’s a lot more than meets the eye, but you really have to chip away to see what it’s really about.

What’s the secret to success here? I think who you know is more important than what you know. That’s the unfortunate truth.

Top tip for getting the most out of Dubai? Spend a weekend with someone who’s lived here for more than five years; let that person be your guide.

What’s next for you? Hopefully, The Sound Gaarden will keep going, and we’ll see a lot more music in Dubai. I hope to be able to say we helped the local music scene in some way.

Culture
Nightlife
EDITOR’S PICKS
So, when is the next UAE public holiday in 2021?
READ MORE
All of the lavish new hotels set to open in Dubai in 2021
READ MORE
16 of the best pool passes in Dubai that are fully redeemable
READ MORE
All of the restaurants at West Beach, Palm Jumeirah
READ MORE
MOST POPULAR
Win a room at next weekend's Fairmont Bab Al Bahr Lock In
MOHAP begins Sinopharm trials on children aged three to 17
3 all-you-can-eat breakfast deals in Dubai to try this weekend
Update: Emirates again extends suspension of flights from India to UAE
This Abu Dhabi hotel has amazing dining deals seven days a week
YOU SHOULD CHECK OUT
Our website uses cookies and other similar technologies to improve our site and your online experience. By continuing to use our website you consent to cookies being used. Read our privacy policy here.