We speak to the French soprano-turned-actress ahead of her Abu Dhabi Festival performance tonight (April 10) at Emirates Palace,

You started out dancing and acting – how did you end up in opera? When I was a kid, I wanted to be a ballerina. But I realised very fast that I wasn’t gifted enough. I was very disappointed, but when I was 18 I started studying acting and when I was 20, I started singing classes…

Did you have an immediate love for opera? No, not at all! I didn’t know the world. It was a way, really, for me to be on stage playing characters, but it was never a goal.

So what changed? Working on your voice is something very interesting, and I had a voice. I could easily reach high notes and people kept telling me I was gifted for it, so I felt I had to do it. It was never a choice. But I wanted to be an actress so I thought, ok, I’ll be a singing actress.

Is there a moment, or a role, that stands out as the time you thought ‘yes, this is what I should be doing’? Oh yes, when I started singing, quite rapidly I found that I loved it. But I realised that the repertoire wasn’t so great for me. Because I had a very high, light, clear voice, I was always playing the same kind of roles, and there was a dichotomy for me between my voice and my personality. I used to say that I had the voice of an angel but the personality of a witch. So it was difficult for me to cope with that.

What was it you didn’t like about the roles you were getting? They were boring! It’s always a young girl, innocent, youthful, fragile. Some roles are wonderful, particularly the comedy roles, but most of the time it was either the wife or the girl.

Were there any roles you always wanted to play and never got the chance to? Absolutely. Many. It’s more interesting to play big, wonderful characters, but they weren’t for me, for my voice.

You stepped back from opera in 2013. How do you describe your job now? I still sing, I do a lot of concerts, I just did my first musical and I’m doing straight theatre now. I guess I’m viewing myself more and more as an actress. I don’t need to sing, necessarily, in everything.

You’ll be performing in Abu Dhabi with your husband, Laurent Naouri. How did that come about? It’s great to perform together because we’ve shared for a long time, not only our private life, but our passion for music and theatre. When we have occasion to perform together, we take it immediately. 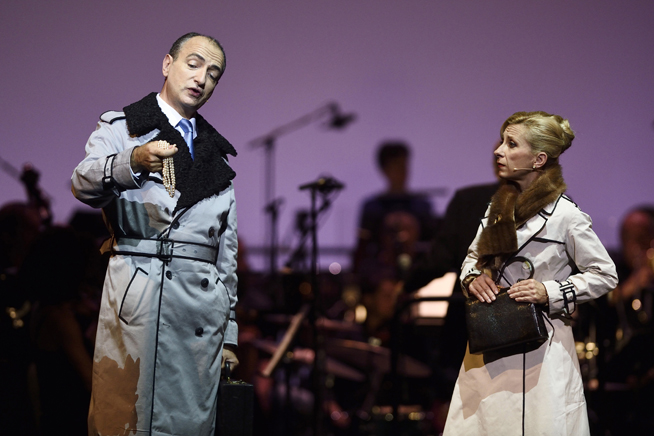 Do you ever disagree about what to perform when you’re working together? No! No, not at all, because we discuss it all and we really share the same taste for music. Sometimes, for example with the duet from Les Trois Oiseaux, we might differ at first. I thought that was maybe a bit kitsch, but I was wrong. People like it very much.

What can the audience expect from the show? They should expect something very intimate and very simple. It’s a real classical concert, with poetry and beautiful music, something very refined. It’s nothing to do with big arias, with opera and big high notes. Perhaps my fans will be disappointed by that!

Culture
News
Theatre
EDITOR’S PICKS
Ramadan in Dubai: 40 iftars to try
READ MORE
Where can Dubai residents travel? Check out these 14 destinations
READ MORE
Rumours, facts and reveals: New Abu Dhabi bars and restaurants
READ MORE
UAE announces reduced working hours for Ramadan 2021
READ MORE
MOST POPULAR
Sheraton Mall of the Emirates has a lot to offer this Ramadan
Looking for a cosy long stay residence in Dubai? Check this out...
Have you spotted the new Talabat Patrol team on Abu Dhabi roads?
Iftar home delivery for one? Here are some options...
Stunning Australian restaurant Hunter & Barrel is now open
YOU SHOULD CHECK OUT
Our website uses cookies and other similar technologies to improve our site and your online experience. By continuing to use our website you consent to cookies being used. Read our privacy policy here.