The world's longest zipline is coming to the UAE

Thought the Dubai Fountain zipline was exciting (or scary)? Get ready for this…

Neighbouring emirate Ras Al Khaimah will soon be home to the longest zipline in the world – the ride will shoot off from the highest mountain in the UAE, Jebel Jais.

The extreme ride will be 2.6km long and will be open by the end of April. The world’s longest zipline right now is in South Africa (and is 2km long).

The new zipline will be close to a 5-star desert camp that’s being built in Ras Al Khaimah (something for the glampers out there). And that’s not all, there will also be a via ferrata in the mountainous area of RAK.

What’s that, you ask?’Via ferrata’ translates to ‘iron road’ from Italian, and it’s basically a steel cable that runs along a mountain face. Climbers attach themselves to the cable so that they can traverse routes that would be too dangerous without it. Steps, pegs and ladders can also be used as part of a via ferrata route.

Here’s what a via ferrata looks like (this one’s in Germany): 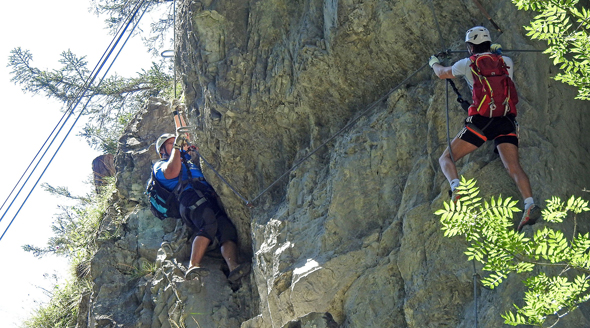 And here’s a bit of what the terrain of Jebel Jais looks like: 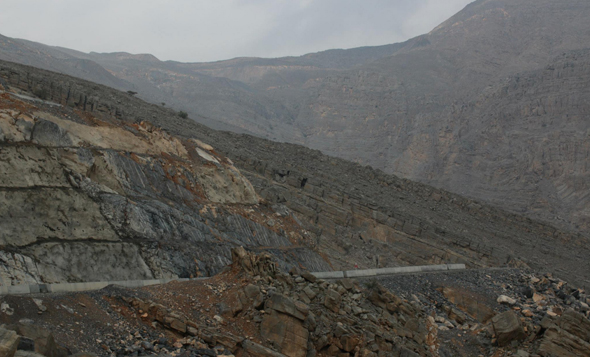 To give you a taste of what floating through 2km of air looks like, here’s a POV of the South African zipline:

As part of the whole project there will also be a viewing deck with a picnic area that looks out to the ocean from the mountain.

We’re looking forward to it! We’ll definitely keep you updated.

News
Outdoor
Sport & Fitness
EDITOR’S PICKS
Exclusive Reveal: Topgolf Dubai is here and ready for action
READ MORE
65 of the best outdoor bars and terraces in Dubai
READ MORE
7 brilliant dining deals in Dubai this month
READ MORE
18 of Dubai's most Instagrammable breakfast spots
READ MORE
MOST POPULAR
Enjoy savings on organic wine and free delivery from African & Eastern Direct
The best restaurants at The Pointe with Palm Fountain views
Tough Mudder returns to the UAE this February
This family staycation includes daily tickets to Dubai's top attractions
Britain's Got Talent's hilarious improv troupe to perform in Dubai
YOU SHOULD CHECK OUT
Our website uses cookies and other similar technologies to improve our site and your online experience. By continuing to use our website you consent to cookies being used. Read our privacy policy here.