'We are embarrassed' over Snapchat block says UAE official

Snapchat voice calling being blocked in the UAE is an embarrassment to the emirates according to the Federal National Council’s youngest member.

The Federal National Council held a meeting yesterday during which Saeed Al Remeithi, 32, spoke up to say that the UAE should have the same online access as any developed country. He explained that features on apps should be open to anyone paying for a telecommunications service in the country.

The United Nations “considered the internet a human right”, he said.

“It should be available for everyone on an international level. As UAE representatives we are embarrassed in the international federation by this issue.

“Any person who uses any app or video pays Etisalat a lot of money, and if we calculate what is downloaded from the web, or any call, it is a lot,” he told the council during the official meeting. 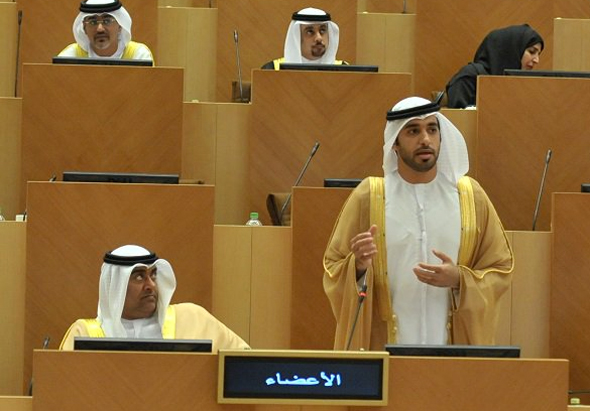 The council also raised the issue of the high costs of telecom services in the UAE, and made an official recommendation that reducing prices be looked into by the government.

During the session the Federal National Council questioned Hamad Al Mansouri, the head of the Telecommunications Regulatory Authority.

Currently, only Etisalat and du are regulated to offer services like the blocked Snapchat calling.

Al Mansouri claimed that services like voice calls over Snapchat and What’s App were blocked due to concerns about state security and cyber terrorism.

“The security factor is important in the country. If we neglect it, online calling will impose risks,” he explained, adding that Morocco also blocks such services.

He went on to add that next year Etisalat will offer 5G services that would include “voice and online calls generally”.

News
EDITOR’S PICKS
What’s On Nightlife Awards 2021: Here are the nominees...
READ MORE
It's back! What's On Lock In returns to Media One Hotel
READ MORE
Arts and culture: 5 spots we can't wait to visit at Expo 2020 Dubai
READ MORE
UAE petrol prices are set to decrease in September 2021
READ MORE
MOST POPULAR
This chic new rooftop bar is coming to Dubai Marina for a limited time
A pair of Pickl burger joints are opening in Abu Dhabi
The London Project to open huge new venue with three exciting concepts
Head to Dubai Opera in October for the timeless music of Frank Sinatra
Coming soon: The hottest new bars, restaurants and beach clubs
YOU SHOULD CHECK OUT
Our website uses cookies and other similar technologies to improve our site and your online experience. By continuing to use our website you consent to cookies being used. Read our privacy policy here.