Your guide to nightlife in Abu Dhabi

Feel like switching things up and going out somewhere new tonight? Here’s everything you need to know about nightlife in Abu Dhabi.

01. Spice up your next night out 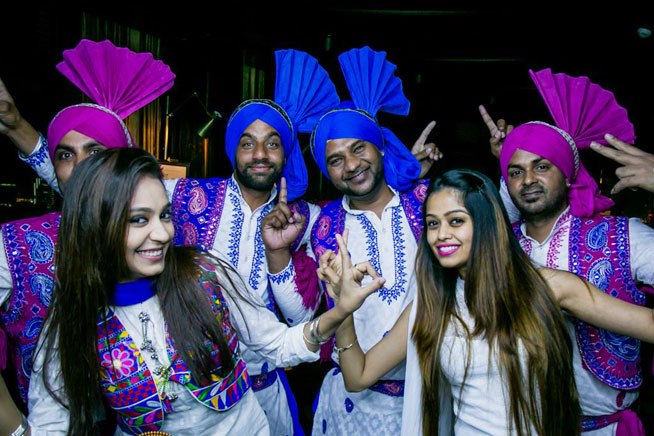 Revolving restaurant and bar Stratos goes Bollywood every Thursday night. DJ Sukhi Dubai and resident DJ Lola Nova will be on the decks. 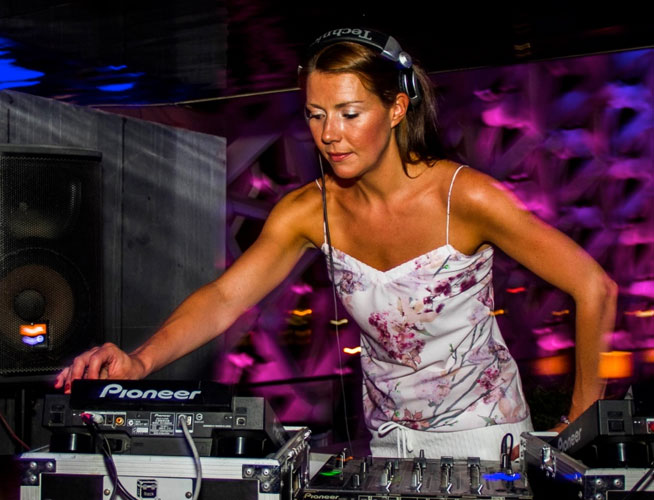 Head to the beach for beats from DJ Katie Smiles.

Three new(ish) spots in the city to try 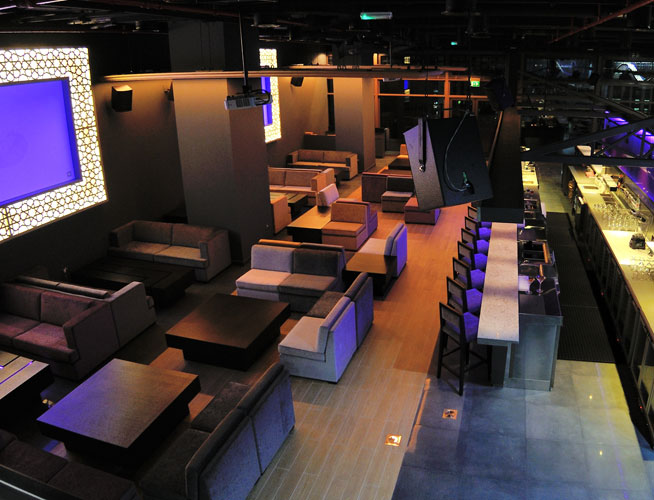 Attentive service, a massive two-sided bar and good food make this restaurant/lounge worth checking out, even though it’s not yet licensed. This month French DJ Tim Porta will be on the decks playing house music. Still to come is the shisha terrace outside, which will have impressive views of downtown Abu Dhabi, as well as ladies’ nights, happy hours and more. 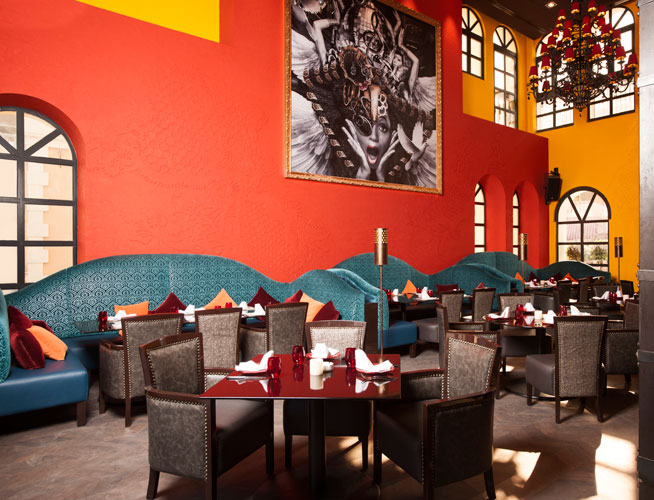 Created from the team behind the popular celebrity hangout Buddha Bar, this is the place to see and be seen in the capital. The restaurant/supper club is decorated with quirky paintings by Joe Matouk, bold burgundy and yellow walls and has a 12-metre bar, just like the original Paris destination. If food is what you’re after, come for the new champagne and sushi nights on Sundays and Mondays, or if you want to dance, visit on Friday when DJ Angelo takes over the decks from 11pm till late. 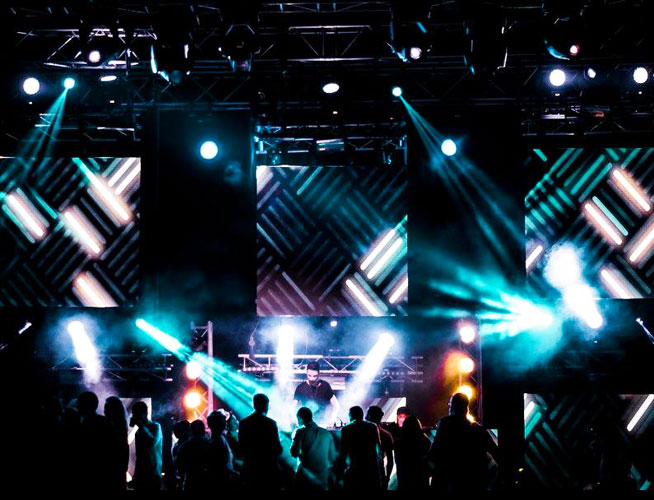 While the renovations for Yas beach were finished last year, the beach club re-launched late last month as the party spot of the moment. International DJs Nick Curley and Adriatique have already performed at the venue and there are more big gigs (“expect a major international act who has never been to the UAE before” – their words, not ours) in the works for April.

03. Clubs in the capital 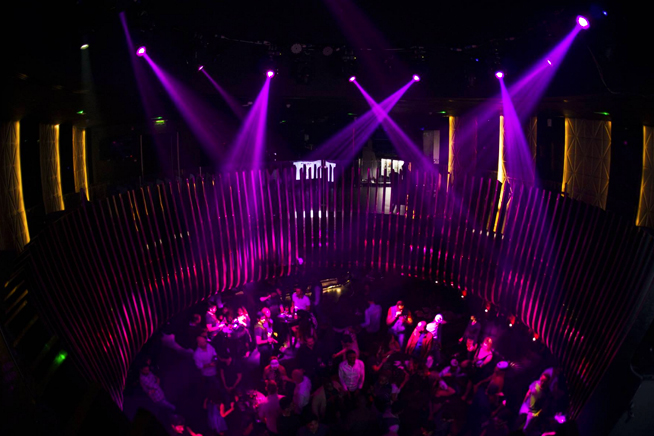 Opened last year, this nightclub at the Sheraton Abu Dhabi made headlines for featuring one-time reality TV starlet Paris Hilton, who released a single (High Off My Love) during the special DJ set. 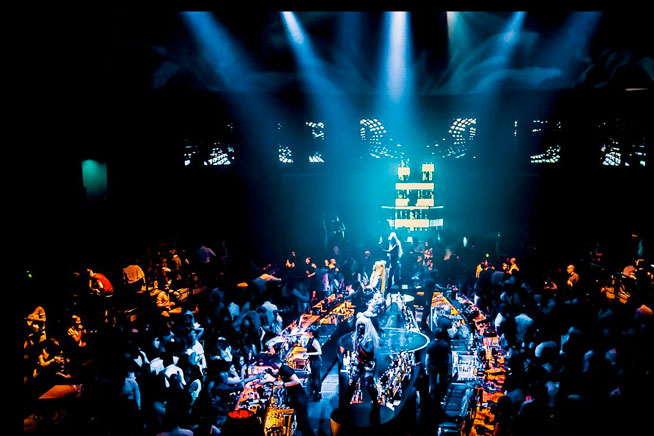 Calling itself “the largest nightclub in the UAE”, the reincarnation of the graffiti covered club on Yas Island brings in big names (Tinie Tempah, Eve and Kid Ink), has friendly staff and thankfully doesn’t take itself too seriously. 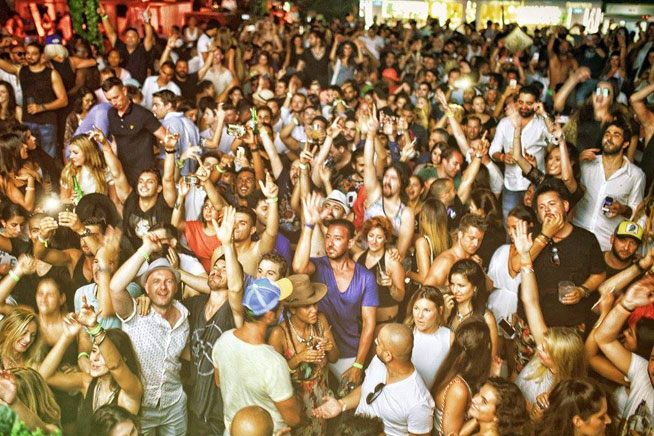 While getting to the venue is a bit of a slog, the drive down to Ghantoot is well worth the effort for the music and laidback vibes. This month check out South African artist Black Coffee (Sister Bliss from electronica band Faithless told What’s On she’s “hoping to work with him. He’s a very cool dude”) on April 8 and Stephan Bodzin and Recondite on April 22. 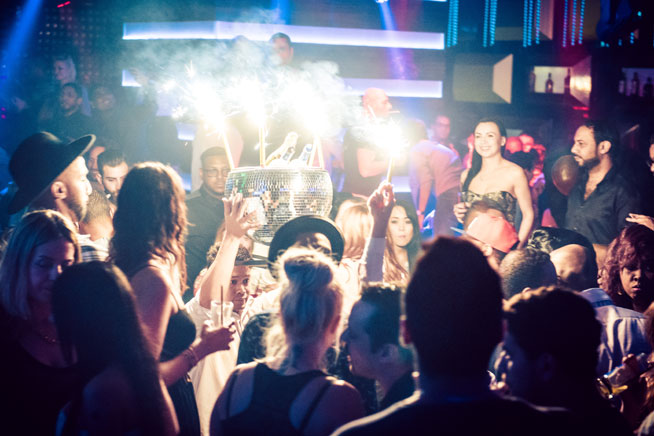 Last year’s What’s On Award winner for Favourite Nightclub, this boutique club has rotating theme nights and even bagged some big name performers including Kid Ink and Xzibit.

We caught up with Radio 1 presenter and DJ Saif and Sound on his success, music choice, and most memorable moments 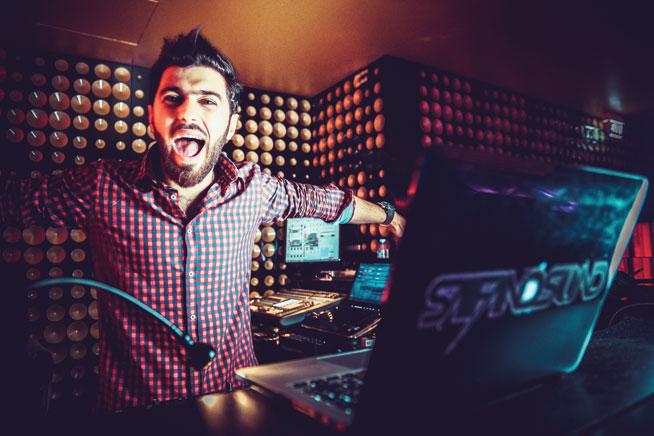 ★ “The worst song someone has asked me to play was R. Kelly’s I Believe I Can Fly. Don’t get me wrong, I love that song, but it was in the middle of the party and everyone was jumping.”

★ “I don’t like dancing. I get self-conscious. That’s something nobody knows about me.”

★ “I got called to open for DMX in Azerbaijan.”

★ “I don’t really sleep. The problem is I don’t just do the radio, I also DJ at night almost every day of the week and just last year I started my own entertainment company. That’s the key to success – no sleep.”

★“Right now I love playing Rihanna’s song Work, Drake’s Jumpman and a song by new artist Dawin called Dessert. I know these songs do really well in the club. Everyone will start dancing and jumping around.”

★ “I have a lot of embarrassing things on my iPod. For example Justin Bieber’s song, back when he first started, with Jayden Smith called Never Say Never – I actually really liked it.”

★ “I think the coolest thing that happened to me on Beats On The Beach was when Juicy J was performing and he requested a local DJ. I got to sit with him in the hotel room and talk about music. He started asking me questions and I was like, ‘I can’t believe he is asking me questions!’ That was pretty cool.”

See Saif at People By Crystal every Friday from 11pm  facebook.com/saifradio1

The best spots for a bite and a brew 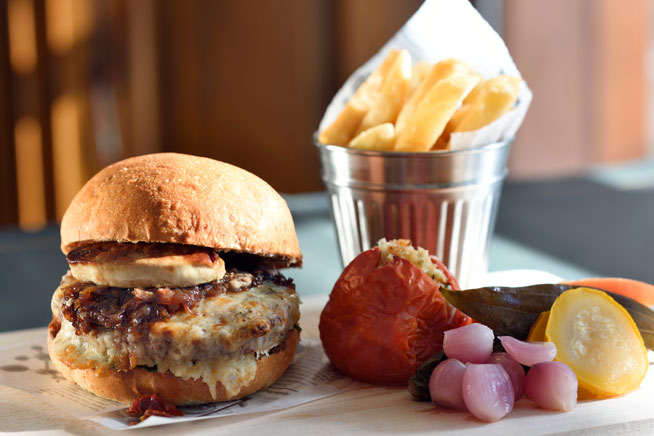 This stalwart in the capital has recently revamped its menu with dishes like asparagus flamande, vol au vent (a classic Belgian dish with king crab and black truffles) and the highly recommended wagyu burger. 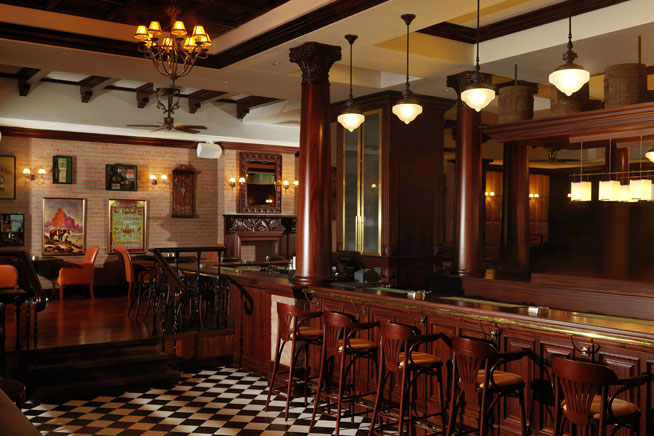 With claims of the longest happy hour in town (noon to midnight daily), it’s no wonder this place sells 21,673 pints during said hours every month, on average. While you are there, check out the pub quizzes on Monday too. 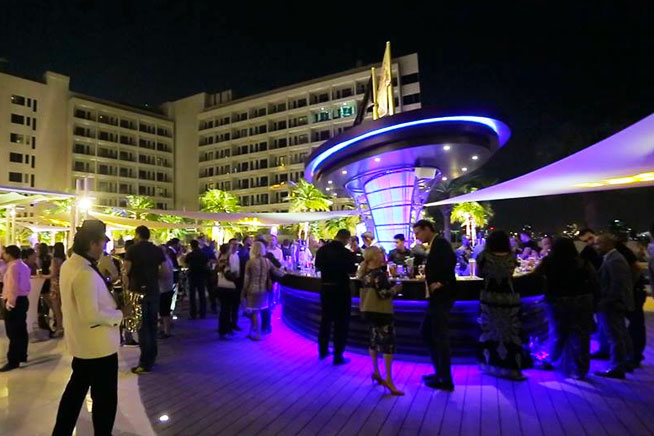 Wear your flats, because you’ll be sure to stretch your legs with a visit to this European gastro-pub. The bar, which measures a whopping 26 metres, is said to be the longest in town.

Best known for the party atmosphere, this Irish pub also serves up some good grub. In fact you can get your name mentioned in their social media (and be “internet famous”) if you manage to eat a 32oz burger in 32 minutes. 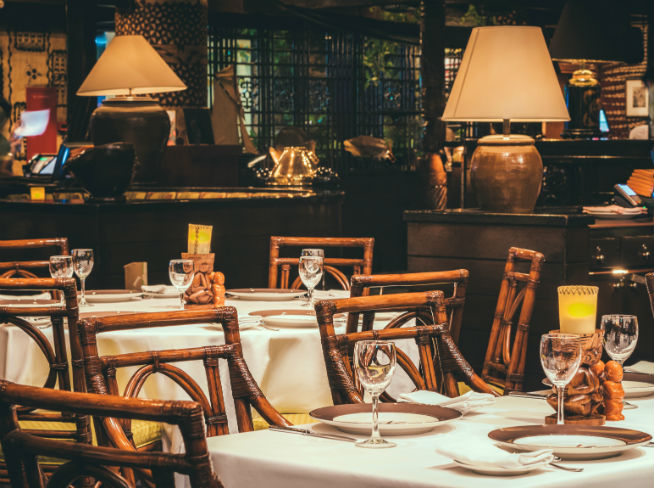 While this is technically classed as more of a Polynesian bar than a pub, a night out here won’t disappoint. There are plenty of themed drinks (the global chain sells two million Mai Tai’s every year) and a resident Cuban band will keep you dancing.

Bars
Clubs
News
Nightlife
EDITOR’S PICKS
So, when is the next UAE public holiday in 2021?
READ MORE
All of the lavish new hotels set to open in Dubai in 2021
READ MORE
16 of the best pool passes in Dubai that are fully redeemable
READ MORE
All of the restaurants at West Beach, Palm Jumeirah
READ MORE
MOST POPULAR
This hotel is offering half-price spa treatments all summer long
Watch: 100 days to go for Expo 2020 Dubai
Burj Khalifa tops list of most searched-for bucket list experiences
There's massages and panoramic views at the highest spa in Dubai
7 beautiful things to do in Abu Dhabi this weekend: June 24 to 26
YOU SHOULD CHECK OUT
Our website uses cookies and other similar technologies to improve our site and your online experience. By continuing to use our website you consent to cookies being used. Read our privacy policy here.