We talk to comedian Adam Hills ahead of his Dubai show

Ahead of his show in the emirate, Australian comedian Adam Hills talks to us about expat shows, the Paralympics and edgy comedy in Dubai.

WHY SHOULD YOU GO SEE ADAM HILLS?

He hosts The Last Leg trivia show in the UK, he’s known for his positive and intelligently witty comedy style and the show that he’s currently touring is about stuff that many of us can relate to. Called Clown Heart the show’s about raising kids and dealing with the idea of getting older.

NOW HERE’S WHAT HE HAD TO SAY…

Welcome back! When were you last in the city? The last time I was in Dubai was when Shakira was big news. All I remember is being stuck indoors during a sandstorm and Shakira being on TV a lot.

However, because my life is divided between Melbourne and London, Dubai Airport is basically my second home. The result is a massive juggling act that’s culminated in my five-year-old being a Gold class frequent flyer. Imagine walking into an airport, and your child saying, “Daddy, when are we going to the lounge, and can I have some of the good cheddar?”

How will you be spending your time in Dubai? I’ve been invited to the Australian embassy in Abu Dhabi for an exhibition on aboriginal art on my first day. How fantastic is that? Then I’ll have some time to chill out and explore. I’ve been told it’s going to be ridiculously hot, so I’m a bit worried that I won’t get a round of golf in. Although, knowing Dubai, I’m sure there’s a secret, entirely covered, air-conditioned golf course somewhere. Maybe an underground bunker with an 18-hole course? 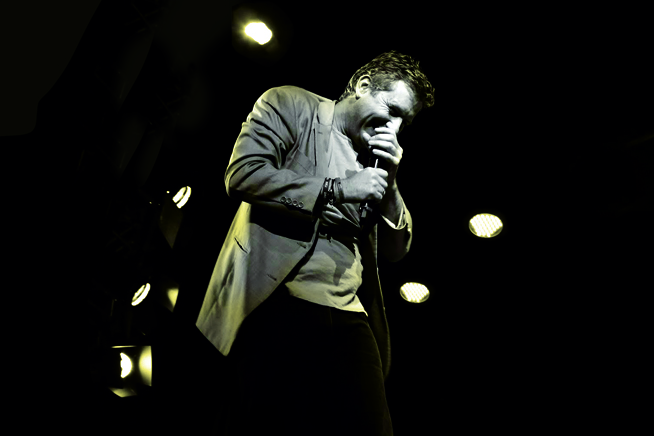 What are you looking forward to about performing in Dubai? I love doing expat shows where you get lots of nationalities; I’ve done so much travelling around the world, I feel like I’ve got a joke for every country. I love that feeling of walking out on stage and saying “Where are you from? America? Great, I’ve got five minutes on America!”

Can you tell us a bit about the show? I’ve been touring a show called Clown Heart, which is about my life really. It’s about raising kids and dealing with the idea of death and getting older.

Will you have to censor any of your material? I haven’t been told to censor myself, although Clown Heart does usually end with a striptease. I do that with a guy in Australia, who’s dealing with cancer by uploading naked pictures of himself every Tuesday and calling it Naked Tuesdays. Usually we’d Facetime each other as part of the show – so I guess none of that is going to appear in Dubai!

You’re known as the nicest guy in comedy – do you have a hidden edgy side? I don’t think I’m particularly edgy, although it sounds like I might have to censor my show in Dubai. Maybe I’m edgy in Dubai? That’s going to be the name of my next show – Adam Hills: Edgy In Dubai.

Are you shocked by how big The Last Leg, the show you presented during the Paralympics, has become? I never thought The Last Leg would be such a hit that they’d turn it into a weekly news show. Weirdly, I was never into the news or politics and I think that’s why our news show works, because we’re as bemused and befuddled by it all as the general public.

My Dubai show isn’t going to be about politics though. Like I said, it’ll be about growing old, having kids, me having a prosthetic leg…

Do you think The Last Leg and the Paralympics made a big impact on how people with disabilities are perceived? Our intention was just to talk about how amazing the Paralympics are, and one of the side effects of doing that was making people comfortable talking about disability. The Paralympics changed people’s perceptions, and made people realise that disabled people can be heroes. We pointed out that they’ve got a sense of humour as well.

Culture
News
Theatre
EDITOR’S PICKS
Dubai hotels and restaurants to suspend entertainment until further notice
READ MORE
9 royal-approved Dubai restaurants
READ MORE
16 of the best beach bars in Dubai for sundowners
READ MORE
Where to get the Covid-19 vaccine in Dubai, Abu Dhabi and across the UAE
READ MORE
MOST POPULAR
8 of the best homegrown burger concepts in Dubai
Direct Etihad flights to Qatar from Abu Dhabi are inbound next week
Dubai Health Authority answers your questions regarding the vaccination
Expo Dubai 2020: What’s inside the Sustainability Pavilion?
Sheikh Hamdan launches project to renovate Al Fahidi Fort in Dubai
YOU SHOULD CHECK OUT
Our website uses cookies and other similar technologies to improve our site and your online experience. By continuing to use our website you consent to cookies being used. Read our privacy policy here.