How more of us will commute on Dubai's waterways by 2020

In a bid to get more people commuting on the water, the RTA has just opened a new marine transport station in Al Jaddaf (which is near the Creek Metro Station and not far from the Versace Hotel). The station will become a key link between Dubai Creek/Deira and Business Bay/Jumeirah once the Dubai Canal extension is finished.

The ferry, water bus, water taxi and traditional abra will operate from the two-storey Al Jaddaf station that has a lounge, toilets, retail stations and free parking for bicycles. 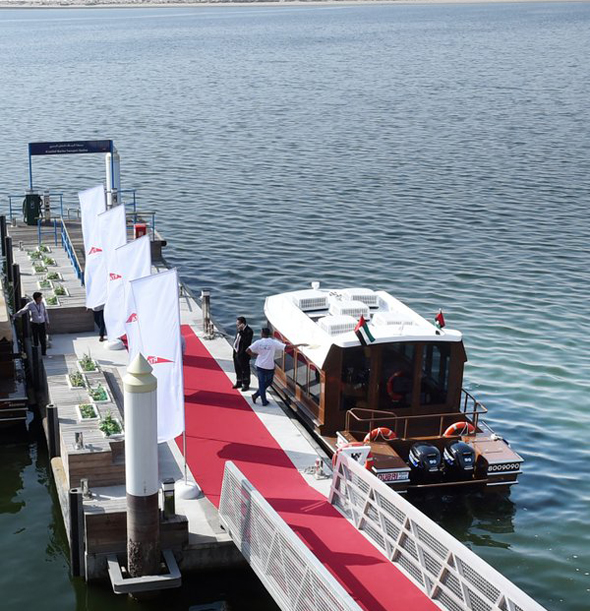 The new air-conditioned abra (which will be particularly handy for the next few months).

The station will be the first location for the brand new air-conditioned traditional abra that the RTA has also just launched. The abra has a heritage wooden design but also a panoramic roof, meaning it can be kept cool in the summer months. The boat seats 20 people and has been designed with two eco-friendly engines so that it produces minimal gas emissions.

The abra now runs from Al Jaddaf Station to Festival City Station (right next to the Festival Centre mall), with the trip taking seven minutes. The fare is Dhs2, and the service runs every 10 minutes daily, from 7am until midnight (it’s every 20 minutes during off-peak hours). The RTA will soon launch an air-conditioned abra trip to the Ras Al Khor Wildlife Sanctuary too. 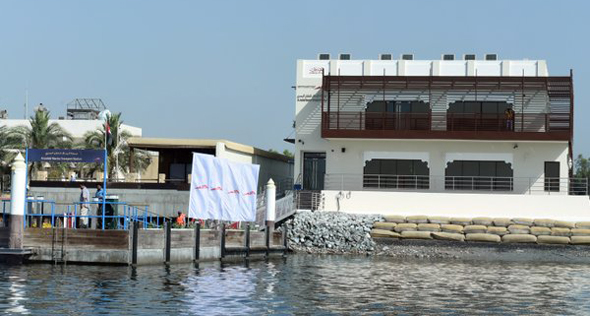 “These projects are part of a master plan charted by the RTA for upgrading marine transport means; a vital means of transportation in Dubai, ferrying about 13 million riders per annum,” explained Mattar Al Tayer, the Director-General of the RTA.

Basically, it seems like the RTA is working to ensure that the Creek goes back to being the heart of Dubai (as it was many years ago) and that it becomes one of the central ways people get around the city.

What the Jumeirah end of the Creek extension will look like.

The marine transport plan doesn’t just include the Creek, there will also be stations on Jumeirah’s beaches and to the new islands being built.

“The marine transport sector is poised to witness a quantum shift in the number and means of marine transit modes as well as stations & riders with the completion of the link of the Business Bay Canal and the Dubai Water Canal with the Arabian Gulf beach,” Al Tayer added.

The thought of catching an abra straight from Dubai Creek to Jumeirah, and stopping off at Business Bay for coffee on the way, still blows our mind (in the very best of ways).

See you on the water.

Here’s a video from yesterday showing more of the station and new abra:

News
Transport
EDITOR’S PICKS
9 royal-approved Dubai restaurants
READ MORE
12 incredible rooftop pools in Dubai to check out
READ MORE
16 of the best beach bars in Dubai for sundowners
READ MORE
Covid-19 rules in Dubai: all the updates you need to be aware of
READ MORE
MOST POPULAR
Join us for a preview of Fairmont Bab Al Bahr's Valentine's dine around
A new Amapiano brunch is coming to Annex at The Abu Dhabi Edition
Pay off your traffic fines in installments without interest
This stunning new gastropub is officially open at Soho Garden
Review: DIFC's new rooftop Japanese restaurant, Clap
40 places to celebrate Valentine's Day in Dubai
YOU SHOULD CHECK OUT
Our website uses cookies and other similar technologies to improve our site and your online experience. By continuing to use our website you consent to cookies being used. Read our privacy policy here.