Your guide to the Dubai Duty Free Darts Masters

The Dubai Duty Free Darts Masters returns for its fourth staging this weekend, bringing some of the sport’s biggest, boldest and brashest players to the city.

The annual event is a bit of a fan favourite on the Dubai sports calendar – so if you love the game of darts (who doesn’t?) head down this weekend to The Irish Village to see the world’s best vie for the top spots.

In the meantime, here are the players to look out for… 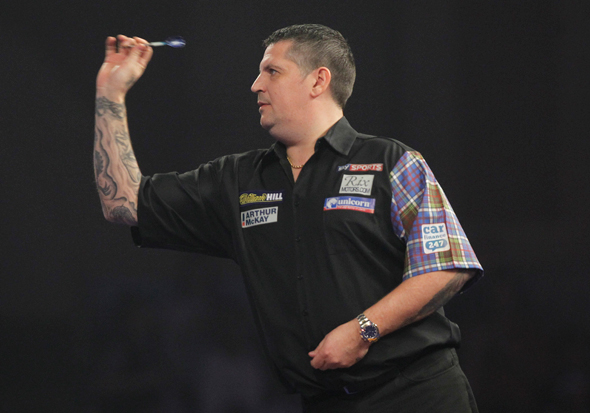 Walk-on music: Jump Around by House Of Pain

The Player: The reigning world champion is renowned for having one of the smoothest throws in the game. He’s the 11th player ever to win more than one world title, and only the fourth to successfully retain the title for a second consecutive year – he scored a double 12 in the final match both times.

He says: “When I get asked to sign anything I never add ‘world champion’. If people ask what I do I say: ‘I play darts.’ They’ll ask: ‘Are you any good?’ I’ll say: ‘Sometimes.’ You get some superstars but not me.”

Did you know? Anderson was originally known in darts as ‘Dreamboy’, but he adopted ‘The Flying Scotsman’ as a moniker instead in 2009, after it was passed to him by Scottish darts legend Jocky Wilson. 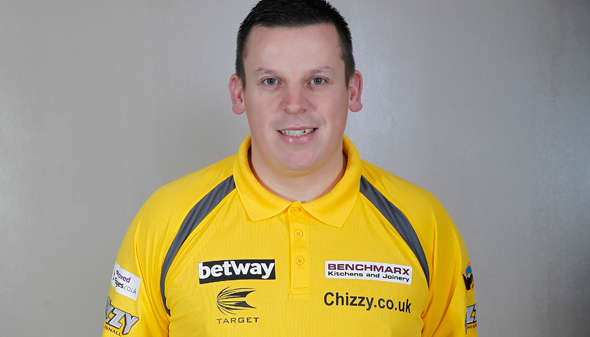 Walk-on music: Dizzy by Vic Reeves and The Wonder Stuff

The Player: 2010’s World Championship runner-up, Chisnall is perhaps best known both for his yellow T-shirts and for his shock defeat over Phil Taylor in the 2012 Championship – Taylor later exacted his revenge in the 2013 final. His last appearance in Dubai was in 2014, when he reached the semi-finals before being put out by Peter Wright.

He says: “Roger, my manager, made me wear this colour. I didn’t want to, but now I realise that people recognise me as the guy who plays in yellow and I think that’s a good thing.”

Did you know? Chisnall had his eye on a career in football, until he broke his foot at the age of 17. The injured teen then switched to darts in a friend’s bedroom, scoring 100 immediately. Within one day, he’d scored his first 180. 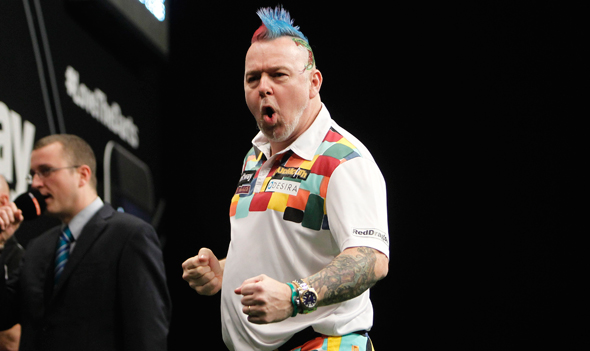 The Player: 2014’s World Championship finalist is one of the most colourful players on the oche thanks to his eye-catching hairdo – his mohawk changes colour for every tournament. He competed at the 1995 BDO World Darts Championship, then stepped back from the sport to play solely in local leagues for ten years, only returning to the professional game after seeing some players he’d previously beaten competing in the Grand Slam Of Darts.

He says: “My daughter always dyes her hair a different colour hair and I thought, ‘I’ll try that.’ I class it as going to war with my warpaint on ready for battle.” 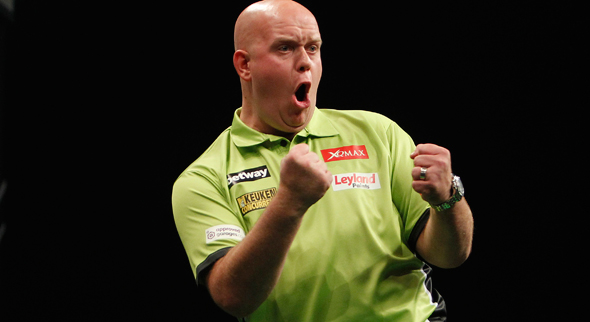 The Player: The youngest ever PDF World Championship winner, Mighty Mike claimed the 2014 title at the age of just 24. Seen as a darts prodigy, he broke through in the adult game in 2012 and, by the beginning of 2013, had climbed from 38th to fourth in the world rankings. Dubai’s only ever champion, he’s looking to claim the title for a fourth consecutive time.

He says: “My wife is based in Holland and I don’t get to see her much. I see the rest of the players more than her! But she doesn’t get annoyed. It’s my job, eh?”

Did you know? Van Gerwen played football until the age of 12, when he switched to darts – but he still had to work as a tiler for a number of years until he was able to go pro. 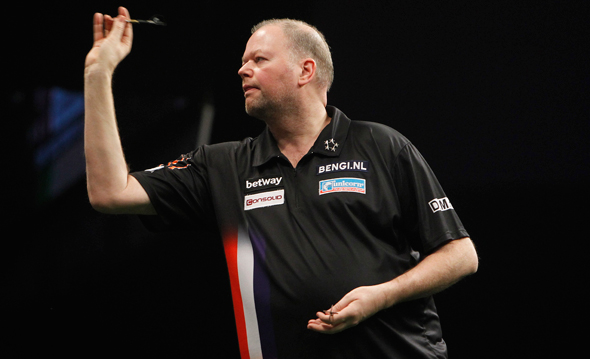 Walk-on music: Eye Of The Tiger by Survivor

The Player: The five-times world champion remains the most successful Dutch darts player of all time, and is credited with boosting the sport’s popularity in his home country – current No 1 van Gerwen has acknowledged his debt to his countryman. While he is naturally left-handed, he throws his darts with his right.

He says: “I love my work but I have so much to do: my kids, my hobbies. I like the internet, I like playing computer games, but Phil [Taylor] never surfs on the internet. He only plays darts.”

Did you know? A household name in Holland, 10,000 people turned up at Schiphol Airport to welcome Barney home from his first BDO World Championship win in 1998. 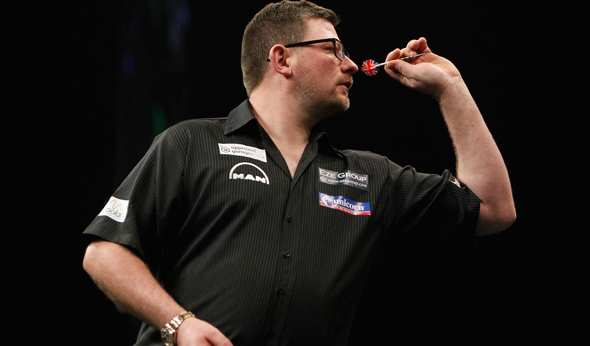 Walk-on music: The Boys Are Back in Town by Thin Lizzy

The Player: Darts’ third most successful player, after Phil Taylor and Michael van Gerwen, Wade was the youngest player ever to win a major PDC title following his success at the 2007 World Matchplay – a record later beaten by a 23-year-old van Gerwen. Despite his numerous title wins since, the left-hander has yet to progress past the semi-final stage of the World Championship.

He says: “Popularity is OK but what matters in my eyes is success.”

Did you know? Wade has enjoyed a number of nicknames throughout his career including ‘The Gladiator’, ‘009’ and, following a naming contest for fans, ‘Spectacular’ – a play on the fact he is one of few players who wears glasses at the oche. 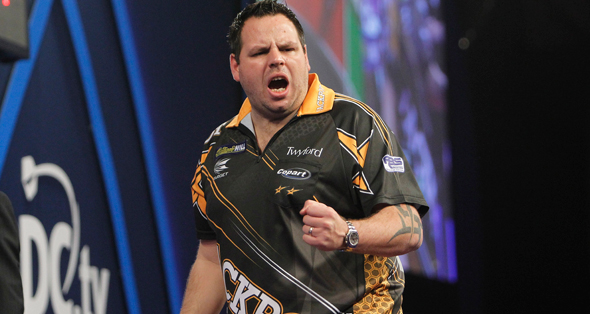 The Player: A protégé of Phil Taylor until 2007, when he started to be seen as a rival, Lewis went on to claim the World Championship in 2011. His nickname, which he has retained since his early days in the sport, was given to him after he ‘won’ a Dhs260,000 jackpot at a Las Vegas casino following the 2005 Las Vegas Desert Classic – but was unable to collect as he was underage.

He says: “I think darts should be at the Olympics. Obviously you’d have to cut out the drinking side of the game. But apart from that there’s no reason why it shouldn’t be there.”

Did you know? Lewis is known for his ability to ‘blind throw’ the dart, or score without looking at the board. While he’s admitted the trick could be seen as “disrespectful”, he insists he’s only aiming to entertain the crowd and not annoy his competition. 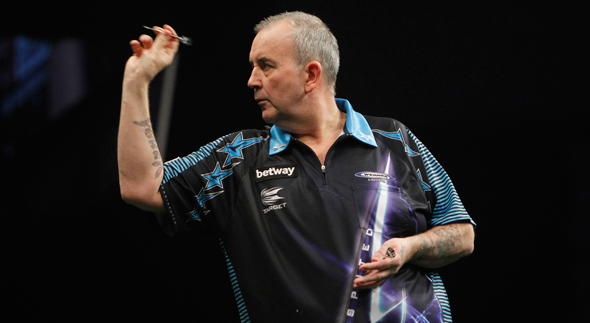 Walk-on music: The Power by Snap!

The Player: The recent debate over whether Michael van Gerwen has overtaken 16-time World Champion Taylor tells you all you need to know about the oche veteran. He retains a number of high scoring records, including three dart average records which remain the highest ever in the game, and he was the first player ever
to earn more than Dhs5.18.

He says: “When you’re young, you’ve got no sense of perspective as to when your career is going to bed, whereas when you’re older, you become conscious that it’s not going to last forever.”

Did you know? An excited Phil ‘The Power’ Taylor claimed the runner’s up spot in the BBC’s prestigious Sports Personality Of The Year Awards in 2010, which was won by jockey AP McCoy.

WE CHAT TO … PHIL TAYLOR 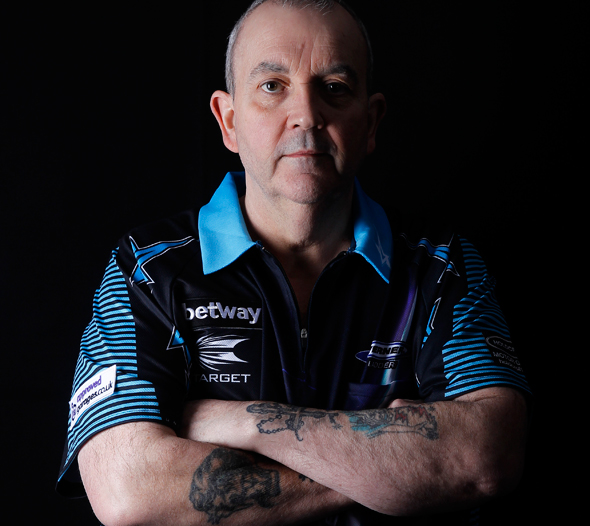 He’s won eight consecutive World Championships from 1995 to 2002. This month, ‘The Power’ aims to beat the heat and make Dubai his 17th win…

Welcome to Dubai, Phil. “It’s my favourite place. I love it.”

What’s Dubai like as a darts venue? “Well, you’re on the tennis court so you get a breeze, but it’s a leveller, it’s the same for both players. But it’s great to play there and the weather is so nice as well.”

It’s a lively sport for spectators. What does the crowd bring to the match? “The crowd is everything. You need the crowd supporting you to create an atmosphere so more people want to come and watch, so sponsors want to get involved with the sport…”

You said that your recent draw with Michael van Gerwen was like “winning the lottery”. Tell us about that match. “When you’re losing five to two and you come back and bring it to six each, well that’s a special moment. Whether it’s Michael Van Gerwen or anyone, it doesn’t make a difference when your back’s against the wall.”

There’s been a lot of talk recently about whether he could be the man who beats your records… “It’s fine, I don’t think he’ll overtake me but it makes me want to set new records. There are certain things I’ve done in my career that people can’t match. The first time I entered the World Championship I won it.  Michael didn’t. But I don’t think he’ll win 16 world titles, the standard is too high now. I think my record will now stand forever.”

Given that, what do you still have to aim for in the sport? I’ve said I’ll continue for another couple of years and just keep trying to win tournaments. I’m aiming for a 17th World title, and if I get that, I’ll aim for 18. I’m a bit greedy!”

You’ve been playing darts for more than 30 years now. What’s the bug? Money. It was a way to make a living.

Sport & Fitness
EDITOR’S PICKS
What’s On Nightlife Awards 2021: Here are the nominees...
READ MORE
It's back! What's On Lock In returns to Media One Hotel
READ MORE
Arts and culture: 5 spots we can't wait to visit at Expo 2020 Dubai
READ MORE
UAE petrol prices are set to decrease in September 2021
READ MORE
MOST POPULAR
Ellie Goulding and Andrea Bocelli to perform at Expo 2020 Opening Ceremony
7 huge movies coming to the UAE box office in the next two months
All the best ladies' day deals in Dubai you should know about
Here's why art lovers and foodies should visit Alserkal Lates this week
Oktoberfest at Atlantis The Palm includes a themed brunch at Saffron
YOU SHOULD CHECK OUT
Our website uses cookies and other similar technologies to improve our site and your online experience. By continuing to use our website you consent to cookies being used. Read our privacy policy here.